Football coaching program for Corvuss student athletes will replicate training philosophy of City's Academy teams and Pep Guardiola’s first team squad
by Priya Jadhav
Bengaluru: December , 2019 - Corvuss American Academy, the first of its kind boarding school in India for student athletes and the world-renowned Manchester City Football Club, English Premier League champions, today announced a unique partnership that will provide an authentic and creative football coaching program for student athletes at Corvuss from grades 6 to 12, utilising the coaching philosophy and methodology of Manchester City.
“It is an honour and privilege to collaborate with Manchester City to develop a bespoke football training program for student athletes at Corvuss American Academy,” said Kunal Maria, CEO and Founder of Corvuss American Academy. “Manchester City has a phenomenal network, a great focus on developing youth talent and a strong women’s team. We are excited about providing young athletes more opportunities to hone their skills by playing the City way and developing the next generation of Indian footballers at our school.”
Jorgina Busquets, Director of Football Education at City Football Group, said, “We are very pleased to be launching the Manchester City Football School at Corvuss American Academy. For us, there was a natural fit as we both share a commitment to playing an active role in the development of football in India. We are very excited to see our training and playing philosophy delivered at Corvuss.”
Aspiring young footballers enrolled at the school will participate in the Manchester City Football School at Corvuss. The Manchester City trained Head Coach, who will run the football program, will bring with him the experience that Manchester City use to train footballers of all levels, and will lead the implementation of the City Play Model, the Club’s grassroots coaching curriculum, at Corvuss. Coaches who work side by side with the City football coach will also benefit tremendously through an understanding of City coaching techniques. Moreover, both our coaches and players will have the opportunity to train at the world class City Football Academy in Manchester every year.
The curriculum is based on a five-stage player pathway program to support the development of boys and girls, regardless of the level of ability, by helping them improve their skills while having fun, and becoming more confident. 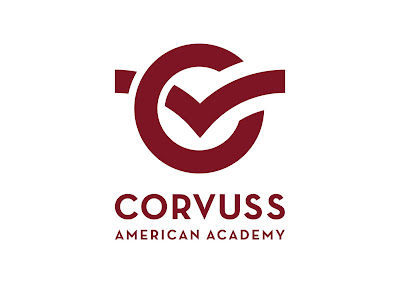 Corvuss American Academy: Corvuss American Academy, the first of its kind international boarding school in India for student athletes aims to change the landscape of education and sport in India. Borrowing from best practices of US prep schools and academies in Europe, Corvuss has developed an integrated program, which combines academics and elite sports training for students from grades 6 to 12. We are committed to helping girls and boys talented in sports develop their skills to their fullest potential, pursue an internationally recognised academic degree and leverage their athletic and academic abilities to pursue admissions in colleges globally. Our 44-acre, state-of-the-art campus is located in Karjat, Maharashtra. Admissions for school year September 2020 will open in December 2019.
For school and admissions related questions please call +91 9372180715 or email admissions@corvussamericanacademy.com
About Manchester City Football Club: Manchester City FC is an English Premier League club initially founded in 1880 as St Mark’s West Gorton. It officially became Manchester City FC in 1894 and has since then gone onto win the European Cup Winners’ Cup, six League Championship titles, including four Premier League titles (2012, 2014, 2018, 2019), and six FA Cups. Manchester City FC is one of eight clubs comprising the City Football Group and counts New York City FC and Melbourne City FC among its sister clubs.
Under manager Pep Guardiola, one of the most highly decorated managers in world football, the Club plays its domestic and UEFA Champions League home fixtures at the Etihad Stadium, a spectacular 55,000 seat arena that City have called home since 2003. Today, the Stadium sits on the wider Etihad Campus, which also encompasses the City Football Academy, a state-of-the-art performance training and youth development facility located in the heart of East Manchester. Featuring a 7,000 capacity Academy Stadium, the City Football Academy is also where Manchester City Women’s Football Club and the Elite Development Squad train on a daily basis and play their competitive home games. For more information, please visit www.mancity.com