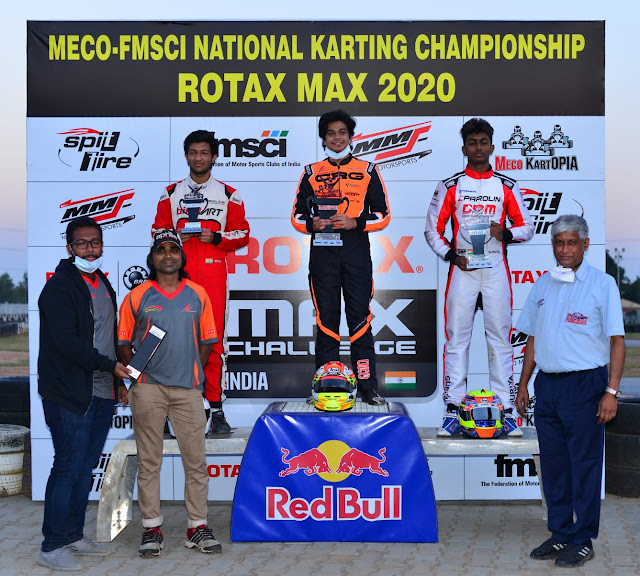 Bangalore, December: Ishaan Madesh and Rishon Rajeev scored a grand double each in the Micro Max and Junior Max while the Maini brothers -- Arjun and Kush -- split victories in the Senior Max in the opening two rounds of the Meco FMSCI NKC Rotax Max Championship here over the weekend.

The atmosphere at the Meco Kartopia was electrifying with the participation of Formula 2 and Formula 3 drivers, Arjun Maini and Kush Maini. The presence of Narain Karthikeyan who was mentoring NK Racing and Armaan Ebrahim who was guiding MSport’s drivers made it even more thrilling for everybody at the event.

Kush dominated the Senior Max category in Round 1, beginning with the heats and going all the way to score a facile win in the final. The Team NK Racing driver completed the 18 laps in 18:10.725 minutes with Arjun from NK Racing and K Suriya Varathan from Team MSport taking second and third place. 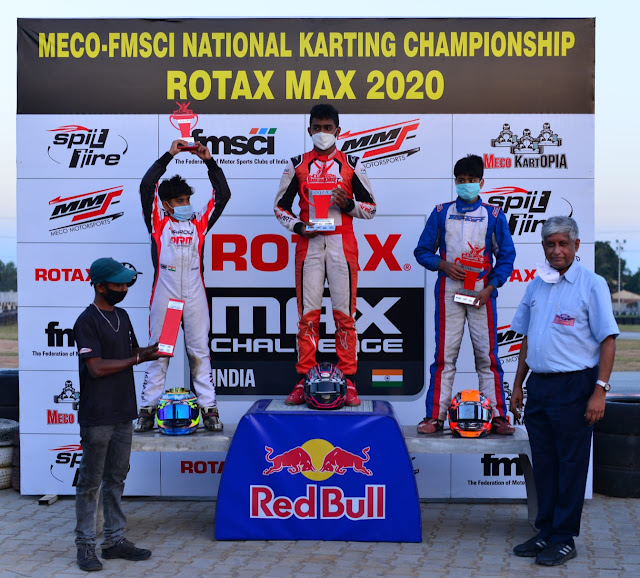 Arjun, came into his own in Round 2. He took the pole position in qualifying and cruised to victory in the finals with an impressive timing of 16:56.551. Suriya Varathan finished second just behind Arjun with an impressive drive while Mihir Avalakki (Birel Art) claimed the third place. 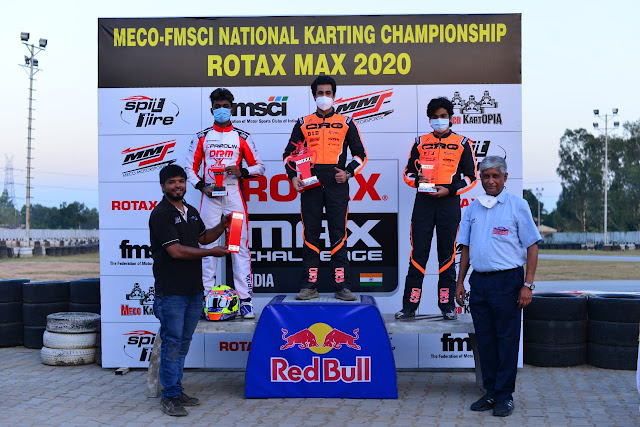 In the Micro Max, Ishaan Madesh was in a class of his own, racing past the chequered flag in both the rounds. Aditya Kamat (Birel Art) and Arafat Sheikh (MSport) clinched the other two positions on the podium in Round 1. In Round 2, Aditya Kamat held on to the second place but Anuj Velraj (MSport) took the third place.Ishaan Madesh and Rishon Rajeev score a double each in Micro Max and Junior Class