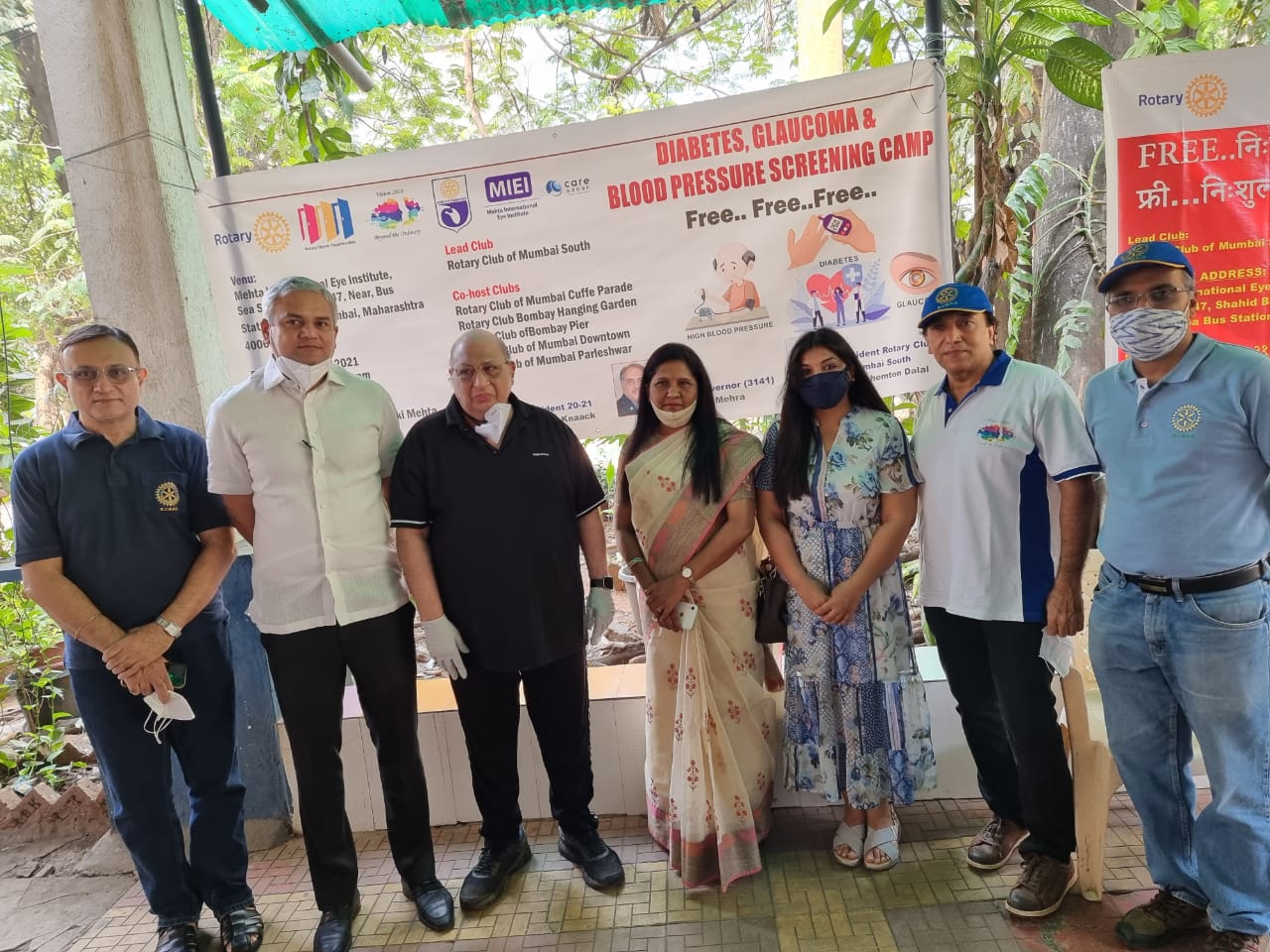 The Rotary Club of Mumbai South  Successfully hosted Free  Diabetes, Glaucoma and  Blood Pressure Screening Camp
by Priya J
The Rotary Club of Mumbai South   hosted the Diabetes, Glaucoma and  Blood Pressure Screening Camp on Sunday, 21st February 2021, at the Mehta International Eye Institute, Colaba, under the leadership of Padmashree Rtn. Prof. Dr. Keiki R.Mehta.
This camp, was a FREE Camp open to all the less privileged people residing in and around the 4 major areas slums in South Mumbai, i.e., Ambedkar Nagar Transit Camp, Sasson Dock, Ganesh Murthi Nagar and the Bhadwarh Park area.
Padmashree Rtn. Prof. Dr. Keiki R.Mehta, the Surgical Chief & Medical Director, Mehta International Eye Institute, Colaba with Award for Excellence in Ophthalmology for his latest innovations and superior surgical excellence, achievements, academic contribution and commitment to excellence in ophthalmology told reporters that the main purpose of this camp is to raise awareness of Diabetes and Glaucoma which are both killer disorders, to recognize the major role diabetes plays in the health of the nation, awareness of Glaucoma as a silent thief of sight, to help raise funds for the diagnosis and treatment af Diabetes and Glaucoma and to control the spread of these illnesses within the less fortunate public.
Present at the event, were dignitaries as well as local MLAs.  DG Sunnil Mehra   inaugurated the camp. Adv. Makarand Narwekar Corporator,ward 227 and Smt. Chanda Jadhav Assistant Commissioner A-Ward BMC were present at the event.