Bangalore, 20 April 2021: - HCG Cancer Hospital has successfully treated a 49-year-old young man suffering from Hemophilia, a rare life-threatening blood disorder who had developed a massive tumor near his abdomen. Dr. Sachin Jadhav along with Dr. Pramod Chinder and Dr Indushekar’s team successfully performed the procedure. Due to his pre-existing Hemophilia, the procedure to remove the tumor was extremely challenging. The entire treatment cost was borne by Govt. of India with the support of Govt. of Karnataka and ESI Hospital routed through Hemophilia Society Bangalore Chapter.

Satish (name changed) a patient from Kengeri was presented with a massive tumor near his abdomen at HCG Cancer Hospital Bengaluru. He was suffering from a rare condition ‘Congenital Hemophilia’ which is caused by a deficiency in clotting of the blood.  This is a rare, chronic, inherited bleeding disorder caused by the deficiency of clotting factors VIII (hemophilia A) or IX (hemophilia B), and over time may cause damage to the joint’s leading to recurrent joint bleeding. This is gender-linked and predominantly affects males.

In the case of Satish, he had severe hemophilia, usually 40% factor is required for the human body to function whereas he had less than 1%. At the age of 12 he was diagnosed with this disease and had lost his two brothers due to the same condition. Due to this condition his life was also under threat and the treatment for hemophilia is lifelong.

In 2018 he developed a small tumor on his back for which he underwent surgery.  In 2020 the same tumor developed and started growing. This tumor was due to internal bleeding and blood kept on accumulating forming an enormous 29cms swelling in his left abdomen. Satish consulted other private hospitals that rejected his case due to the severity. Later he decided to seek medical advice at ESI after which he was referred to HCG Cancer Hospital Bengaluru.

The swelling was like an ice burg, the visible part was just 5cms but the MRI revealed that the swelling was spreading internally very massively & the right side of his abdomen was almost replaced by blood. Satish initially consulted an orthopedic doctor who later referred him to Dr. Sachin Jadhav. When Dr. Sachin analyzed his case, he immediately proceeded with further evaluation. 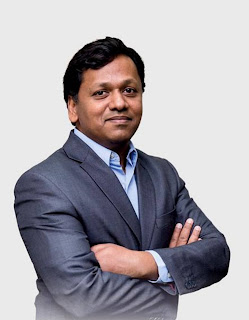 As per Dr. Sachin Jadhav, Group Head of Hematology and Bone Marrow Transplant, HCG Cancer Hospital, "This was an extremely challenging and complex case as the patient was suffering from a rare condition ‘Congenital Hemophilia’. In people with hemophilia, there is a deficiency of plasma products which helps in stopping blood loss. Factor 8 and factor 9 help in clotting the blood so that they do not suffer excess blood loss. In a hemophilic patient, this product is absent. So, in case of an injury, these patients may experience excessive bleeding or may even bleed to death. Factor replacement is created to artificially supplement what is not there in the body. Once these factors are diagnosed and the patient is known for a factor deficiency, then according to their bleeding tendencies, the factors are replaced so that the patient does not bleed abnormally."

In the case of Satish, his swelling was made of blood which is called as pseudo tumour. The tumour had arteries feeding into it.  When a hemophilia patient is given with factor 8, inhibitors may developed. Patient with hemophilia A or B can develop inhibitors, which prevent their factor 8 or 9 replacement treatment from working to form a clot to stop bleeding.

On evaluation Satish was found to have inhibitors. Hence he needed a special medicine called FEIBA(Factor eight Inhibitor bypass activity) during surgery.   Another challenge was that the drug was not available in India and had to be shipped from abroad.

Before proceeding with the massive surgery to remove the pseudotumor, a procedure called embolization had to be performed. Embolization is performed by placing a small catheter inside the blood vessels that supply the area that is bleeding. Carefully navigating the catheter, under image guidance, to the safest and farthest point, a variety of different materials can then be used to block the bleeding vessels. Dr. Indushekar and team worked on this process. This reduced the risk of excessive bleeding during the surgery which was planned for the next day. The next day the surgery was performed by Dr. Pramod Chinder and team which lasted for 7 hours. 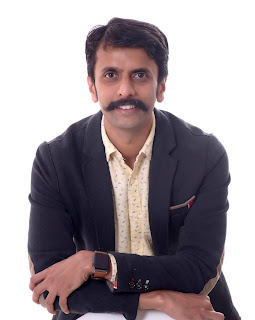 Dr. Pramod S Chinder, Director & Head of the Department- Orthopedic Oncology, HCG Cancer Hospital says, “This is the biggest tumor we have operated of this hemophilia condition. It was a huge tumor that kept on bleeding to itself and led to the decrease in hemoglobin which was highly challenging while operating the patient. The bleeding was uncontrollable and was threat to life of the patient. We were extra cautious and prepared during the surgery to face any complications. With the support of Dr. Sachin and multidisciplinary team approach we were able to successfully perform the surgery.”

Post the surgery the patient was kept under observation for a couple of days and two drains were put, to keep a count on the blood loss. The patient recovered well without any complications and has been discharged from the hospital. He is now leading a normal life.

Speaking about the complexity of the case Mr. Pemroop Alva, General Secretary, Hemophilia Society Bangalore Chapter said “Mr. Satish's case very was complicated and we have handled very few cases like his successfully in the past. We are grateful towards Dr. Sachin and the entire team of HCG Cancer Hospital Bengaluru, for taking up this case and handling it successfully. We are truly impressed by the multidisciplinary focused approach adopted by the team. We are confident and believe that together we will make our Hemophilia community better. Wishing more successful endeavors to the entire team”.

Mr. Satish, the patient said “I would like to thank the entire team of specialists at HCG Cancer Hospital Bangalore, without them my life would not be the same. I had no hope for the future. But the doctors here at HCG gave me the best care and treatment. This is a second life for me, and I am extremely happy to be leading a better life”.

About HealthCare Global Enterprises Ltd. : HealthCare Global Enterprises Ltd. (HCG), is one of the largest providers of cancer care in India. Through its network of 22 comprehensive cancer centers across India and Africa, HCG has brought advanced cancer care to the doorstep of millions of people. HCG’s comprehensive cancer centers provide expertise and advanced technologies required for the effective diagnosis and treatment of cancer under one roof. Under the “Milann” brand, HCG operates 7 fertility centers. Strand Life Sciences, an associate company of HCG, is a precision diagnostics company with strong track record in bioinformatics and a pioneer of genomic testing in India.