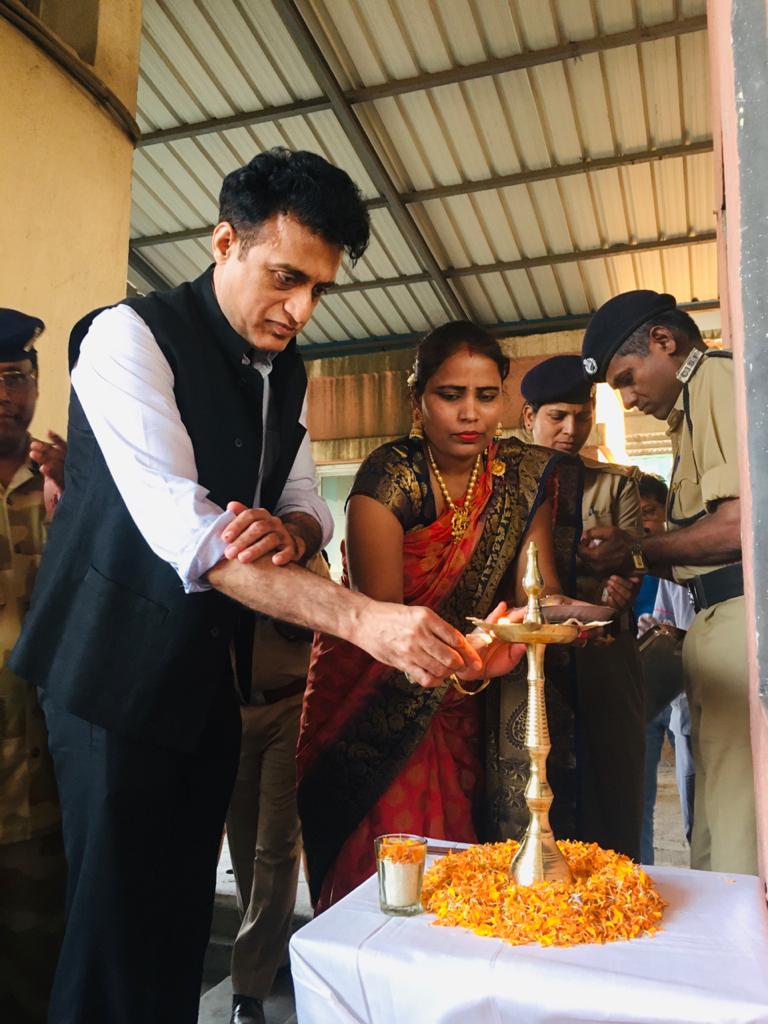 by Priya Jadhav
Mumbai, Jan, 2020:  Shri Sanjay Sethi, IAS, Chairman, JNPT inaugurated the Port Driving Permit (PDP) Cell on 20th Jan in the North Gate Complex at JNPT. The first 6 Port Driving Permits issued by JNPT-CISF was handed over to the respective drivers of cargo vehicles at the Port in the presence of representatives of all terminal operators, transport associations, senior officials of JNPT and CISF.
The PDP cell will issue Port Driving Permit (PDP) to the drivers of cargo vehicles entering the port premises. Every driver of heavy vehicles approaching the PDP cell of JNPT-CISF will be issued the Port Driving Permit after verification of driving license and completion of safety training. The Port driving permit issued to the driver would be prominently displayed on arrival at the Port gate, thereby eliminating the need for the driver to prove his credential at the gate at every visit. This is being done as part of JNPT’s initiative towards Ease of Doing Business, to speed up the movement of cargo vehicles by easing the process of issuing passes. This would further reduce time spent by the vehicle at the gate and thereby easy traffic at the gate. 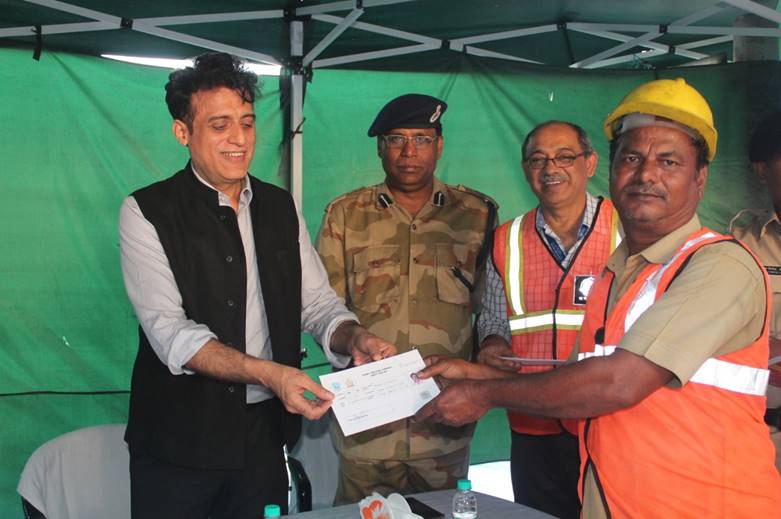 The safety department of JNPT in conjunction with safety cell of all JNPT terminals will carry out the safety training prior to issuance of Port Driving Permit. It is also planned to incorporate the entire layout of the Port including the available utility services like medical, fire safety among others in the training module, which will further enhance safety and security at the Port.
JNPT is constantly innovating and up-scaling operations to not only meet but exceed global benchmarks with an underlying commitment to provide seamless customer experience and ease of doing business. These efforts have helped in JNPT being credited for India improving its ranking in the World Bank's Ease of Doing Business Index especially under ‘Trading Across Borders’.
The port endeavors have been directed towards placing JNPT on the map of the world's best container ports.
About JNPT:The Jawaharlal Nehru Port Trust (JNPT) at Navi Mumbai is the biggest container handling Port in India accounting for around 52% of the total containerised cargo volume, across the major ports of India. Commissioned on 26th May 1989, in less than three decades of its operations, JNPT has transformed from a bulk-cargo terminal to become the premier container port in the country. Ranked 28th among the top 100 Container Ports in the world, JNPT is connected to over 200 ports in the world.
Currently JNPT operates five container terminals: the Jawaharlal Nehru Port Container Terminal (JNPCT), the Nhava Sheva International Container Terminal (NSICT), the Gateway Terminals India Pvt. Ltd. (GTIPL), Nhava Sheva International Gateway Terminal (NSIGT) and the newly commissioned Bharat Mumbai Container Terminals Private Limited (BMCTPL). The Port also has a Shallow Water Berth for general cargo and another Liquid Cargo Terminal which is managed by BPCL-IOCL consortium.