OSH INDIA -EXPO AND CONFERENCE A UNIQUE COMBINATION FOR SAFETY 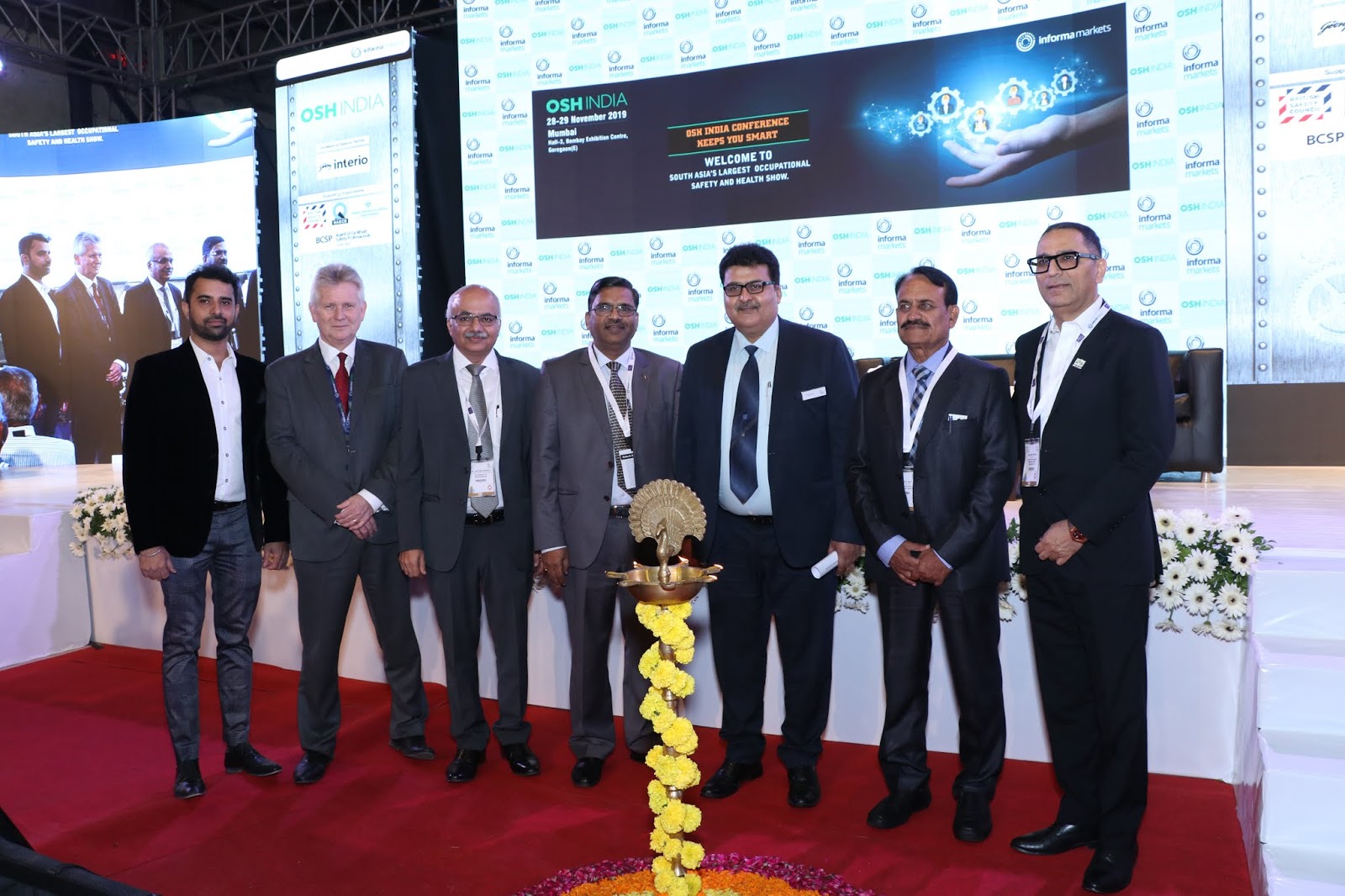 The response time in India during a fire is much more than the developed nation, said “Chief Fire officer and the Fire Advisor, Government of Maharashtra at an Occupation safety and health event.
57 per cent of labour days are lost due anxiety, depression.

Warick along with other dignitaries spoke at a two day expo called Occupation safety and health organised by Informa markets in India. He added, “The Gap of fire services in  terms of number of fire stations, trained person is more than 80 per cent in India. In Mumbai also, the Gap is around 30per cent. There are over 50,000 industries in Maharashtra and it is very difficult to tackle the issue from grass root level. The commitment from top management is necessary as it will also help in inculcating safe culture and business continuity.”

Warick said, “Health and safety are responsibility of owner and occupier only. The negligence is the major cause of several incidents. It is necessary to be alert and avoid all violations as it could lead to a major one. The training of a worker should be a continuous process.”

Mike Robinson, Chief Executive, British Safety Council during the inaugural event said,“Globally, 57 per cent of working days are lost due to anxiety, depression or stress. There is a really very important link from Health to Safety. A research has cleared that poor mental health increases the risk of accidents on work. As the saying goes you cannot be a safe worker if you are not a healthy worker. So it’s going to be an examplar in the management of health and safety and it’s going to necessary be an exemplar in the management of health and well being. The research is already showing that managing health, safety and well being in an integrated way is going to be more effectively then managing them separately.”
To control the number of on job accidents by promoting the use of safety equipments as well as creating awareness to inculcate the safe working culture, government officials, industrialists  and other important presented their views during OSH India 2019.

Lalit Gabhane, Director General, National Safety Council said, “In comparison of last two three decades, the Indian industry has come a long way. But the road is very long, to create awareness in  employees, citizens and industrialists, OSH is working towards it and the state run bodies such as Maharashtra Fire Services are also coming up with various campaigns and programmes to create awareness across India.”

Speaking on the 8th edition of OSH India in Mumbai, Mr. Yogesh Mudras, Managing Director,for Informa Markets in India said, “On average, 4.75 million people join the labour force in India per year. In a strong corporate safety culture, organisations need to look at the safety and health along with emotional well-being of these employees on priority to retain the best of talent and ensure good productivity. Informa Markets in India through OSH India resonates industry’s advocacy of ensuring the safety and health of the growing workforce in our country and is geared up to filling this vital gap with innovation and knowledge through its exhibits and conference.”
To promote safety among the Indian workforce, a SAFETY FASHION WALK along with the prestigious OSH India AWARDS 2019. The Awards catered to Indian operating businesses, organizations, alliance and individuals in the public or private sector with a workplace health and safety initiative. This year, OSH Awards received a total of 220 from across industry.