Ganjhuvir-This medicine emerged as an effective treatment for Dengue, Covid-19, Rabies and Encephalitis. 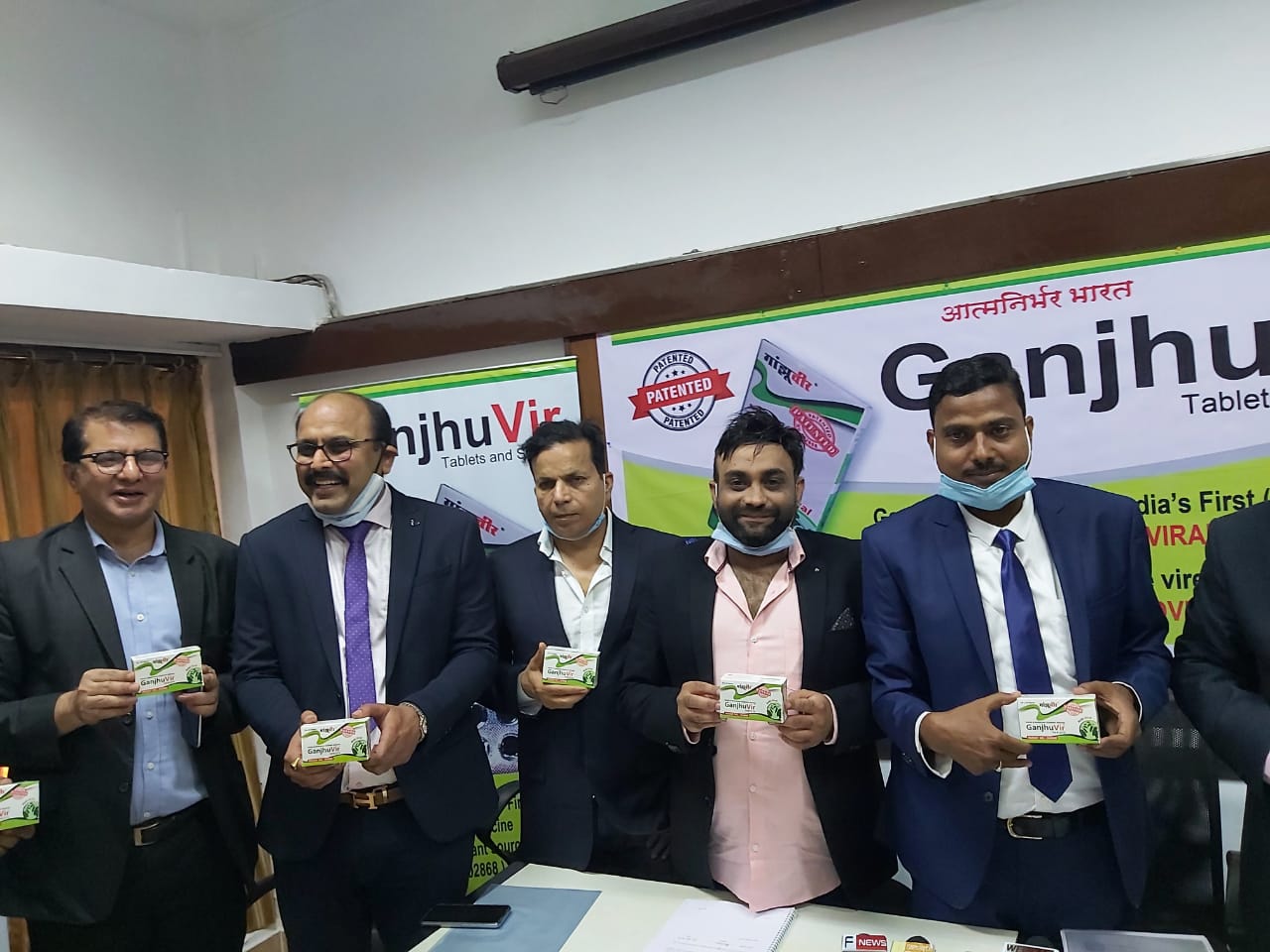 Ganjhuvir is India's first patented indigenous anti-viral medicine (patent no. 302868) developed by  single plant source. It has been proven efficacious in multiple viral infections from a common cold to COVID 19, thereby proving a broad spectrum anti viral activity. This medicine not only enhances the body immunity but also directly controls viral loads- making it an effective medicine against virus infections across the spectrum. After passing a successful test at NIMHANS, Bangalore and Haffkine's Institute Mumbai, It has been approved by the Ministry of Ayush, Government of India, New Delhi.

The medicine is ready to roll out in the market . It's R&D, quality control, manufacturing, packaging and distribution is done under strict adherence of ayurveda protocol. It is developed in NABL accredited laboratory and GMP certified company - Ayushraj Enterprises Pvt. Ltd. Which works  under the aegis of Ministry of Ayush, GoI.
Successful clinical trials conducted on Dengue and Covid-19 virus. This medicine emerged as an effective treatment for Dengue, Covid-19, Rabies and Encephalitis.   It is also approved by the Ministry of Ayush, Govt. Of India. This medicine not only enhances the body immunity, but also directly controls viral loads – making it an effective medicine against virus infections across the spectrum.
Viral pandemics are seen to be the latest scourge of humankind in the years to come – and this product has come in at the right time, which could prove to be a blessing to humanity. 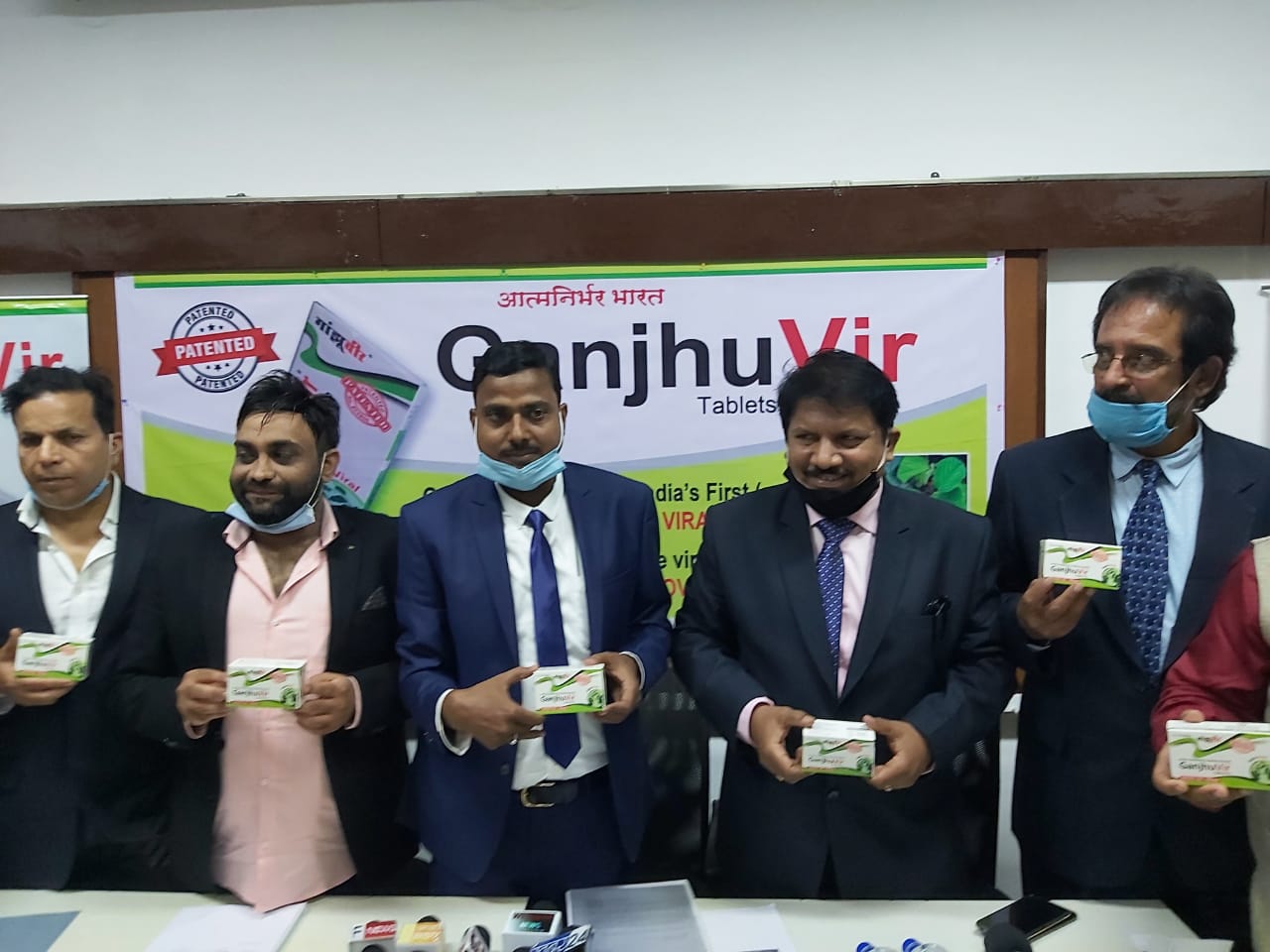 It is a story of a fascinating journey  which started with a small team of like-minded persons, supporting a scientist, who in his quest for service to the humanity, worked relentlessly for fourteen years and after extensive research and experiments, brought out the “anti-viral” medicine, which hitherto was unheard of in the Indian sub-continent or for that matter in the entire world and  now stands at a threshold of  “revolution in Ayurveda”, which is the oldest health care system in the world, which has its origin in India.The medicine is useful for :
POWERED BY SHALPARNI (DESMODIUM GANGETICUM)
HELPS IN VIRAL LOAD REDUCTION
HELPS INCREASE PLATELETS COUNT
BOOSTS IMMUNE SYSTEM
CONTROLS FEVER
ANTI-INFLAMMATORY
CNS SUPPORTIVE
Gunjuvir has been found to be effective for specific conditions like diabetics, rheumatoid arthritis.  It is neuroprotective, and has potent analgesic, antipyretic and anti-inflammatory properties as well.
About the Scientist behind Ghanjvir: The journey of medicine has an interesting and inspiring beginning. The pioneer scientist of the medicine Dr. Rajesh Kumar Ganjhu who hails from a small village Belwadag, Khunti, Jharakhand has nurtured his passion for miraculous power of ayuvedic herbs under the guidance of his maternal grand father Vaidya Makel Sahu. Inspite of hardships of life Dr. Ganjhu worked hard and aquired Ph.D from University of Pune. After education he worked with leading corporate houses and developed India's first "Vegetarian Capsule".
Dr. Rajesh Kumar Ganjhu, credits his courage and perseverance to an undying passion for his country, the Almighty and to his mother, Mrs. Radhika – which has sustained him through all the difficulties and brought him to this stage.
His dedication and passion led him towards more intensive research about power of herbs and natural plants in treatment and cure of serious diseases. During his research he rejected several lucrative professional offers from top corporate companies in India and abroad and kept on striving to invent such a medicine that would be best and affordable to the humankind. To achieve his dream he ran from piller to post to get scientific validation of his discoveries. He has created India's first first ayurvedic anti viral medicine to cure serious disease and got it approved from NIMHANS Banglore and Haffkin's institute Mumbai. He obtained patent for a broad spectrum of anti-viral medicine in collaboration of ICMR for Rabies and Encephalitis, which is more fatal than Covid-19, having 100 % chance to kill.