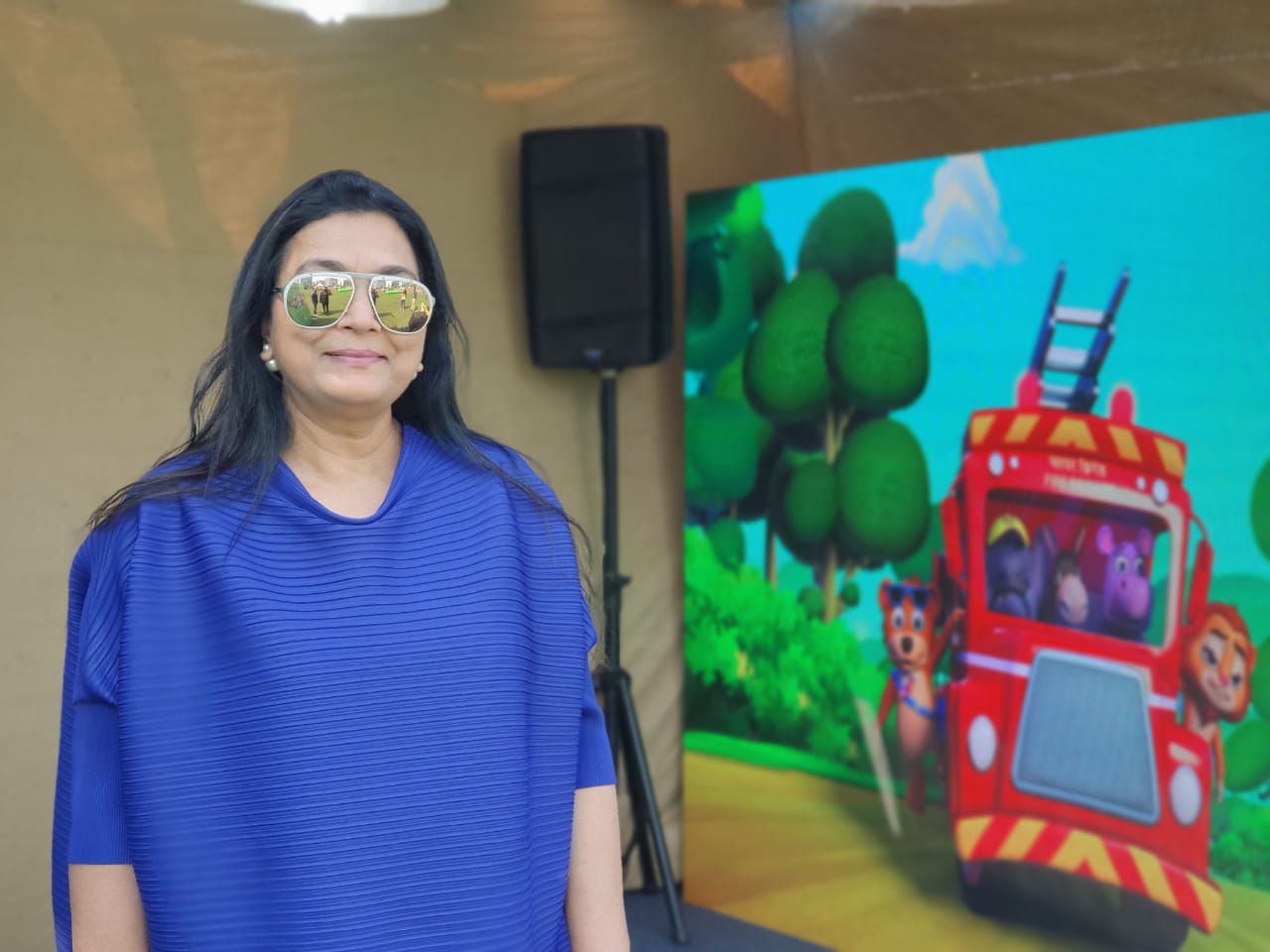 by Priya Jadhav
The Windmill Festival was organised today at Jio Garden, BKC today. This famous Kids festival saw a gathering of close to 15000 kids and pre-teen kids. However, the cynosure of all eyes was the WOKA pavilion, where kids met their favourite online characters and spent the whole day enjoying themselves.
Kids got an opportunity to meet their on-screen WOKA buddies - AJ the bear, DJ the Donkey, Humpy the Hippo, Gorgy the elephant and Adi the lion. Besides clicking selfies with their favourite online characters, Kids also got an opportunity to play with them for the whole day.
Being one of the most popular Hindi and English YouTube channel among kids and pre-teens, WOKA character had already heightened the excitement at Windmill Festival. Known for its light hearted moral stories with a very powerful message for impressionable young minds in a very easy to digest format, WOKA has garnered close to 3.5 million views making it one of the leading channel on the internet today. WOKA was initiated by Kiran Agarwal, a qualified journalist from the London School of Journalism. After having studied journalism authoring and writing multiple books on children , she finally heard her hearts calling and started the WOKA channel on YouTube with an objective to tell moral stories through a fun route.
According to Kiran Agarwal, producer and content producer for WOKA "The channel is very entertaining for kids and every video carries a subtle message that makes a strong impact on young impressionable minds. The best part is that these stories use human as well as animal characters to create an instant connect with kids."
Elaborating further on this, Ms. Agarwal said that, "In season 2, we have introduced some new characters and a new narrative concept. I am sure this will be a bigger success than Season 1"
Looking at the number of kids enjoying themselves with WOKA characters, they surely seem to like them a lot. Also as Sabak Degi Nani  Season 1 has already been declared a hit by kids, there is no reason why Season 2 will not be a bigger success.