Each song to have special commentary by Lata Mangeshkar herself.

Sant Dnyaneshwar is regarded as one of India's greatest poet, philosopher and saint. He was the forerunner of the bhakti movement in Maharashtra and encouraged people to live a simple life and to avoid all the lavish living to attain God. During his lifetime of 21 years, he wrote many pieces of literature like 'Dnyaneshwari', 'Amrutanubhav', 'Chaangdev Paasashti', 'Bhavaarth Deepika' and several Abhang and Virahini (devotional songs and poetry.)

More than 50 years ago, Lata Mangeshkar had collaborated with Saregama – India’s oldest and biggest music label - and had released an album called Dyaneshwar Mauli, which had several of the saint’s devotional songs and poetry in her own voice, set to music by the legendary composer and her brother, Pt. Hridaynath Mangeshkar. Now through this new album, titled ‘Bhavaarth Mauli’, once again, ten immortal Marathi compositions have been reintroduced to the lovers of music and spiritual poetry with an added feature. Each of songs are presented with a special commentary explaining the true meaning 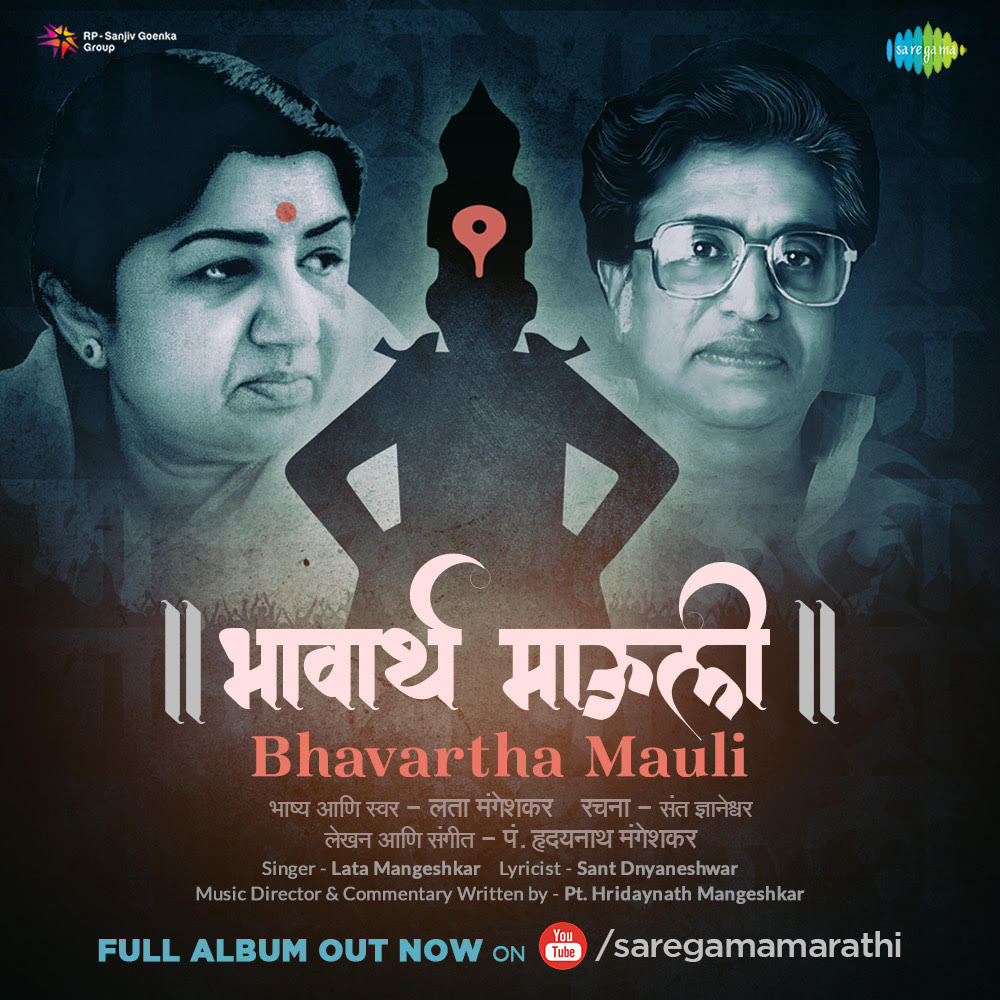 Speaking on the launch of this album, Lata Mangehskar said : It is an absolute honour and a privilege that I am able to present the poetic works of the great saint and poet Sant Dnayeshwar to this generation.  Through this album called Bhavaarth Mauli, my brother Hridaynath and I have made a humble attempt to introduce each of these poems by a commentary explaining and unravelling the spirituality & essence of the poetry. I  hope the audience has the same beautiful spiritual experience listening to these beautiful compositions just as we have had in bringing them to you

Bhavaarth Mauli' in the voice of Lata Mangeshkar and composition of Pandit Hridaynath Mangeshaker has released today on the Saregama Marathi Youtube channel and on music streaming platforms.

Here is the link of the album on YT : http://bit.ly/bhavaarthmauli