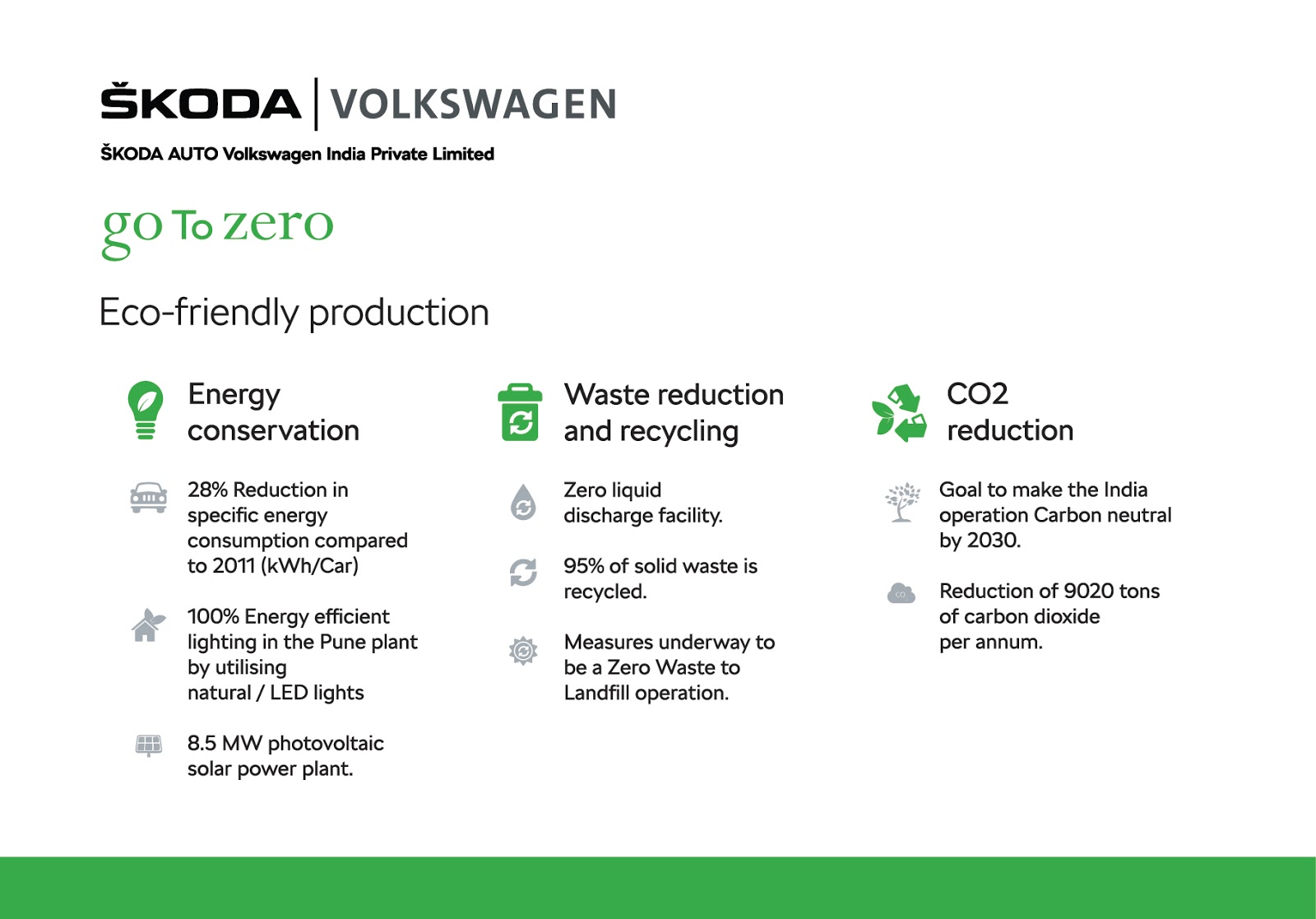 by Priya Jadhav
·         25,770 photovoltaic panels covering 63,000 m² of available roof space produce 12.2 million kWh of energy annually
·         The 8.5 MWp ‘green’, renewable energy project will contribute between 15 -20 per cent of the plant’s total electrical consumption.
·         9020 tons per annum reduction in carbon dioxide emissions from the production process
New  Delhi, December 2019: ŠKODA AUTO Volkswagen India Pvt Ltd (SAVWIPL) went live with the largest rooftop Solar PV power project in the Auto Industry world-wide and one of India’s largest rooftop installation at its manufacturing facility in Chakan, Pune. Strengthening its position as a Green Future Factory, the additional capacity with a capacity of 8.5 MWp will offset between 15 to 20 per cent of the plant’s annual power requirement. The Solar PV plant has been installed under a develop own operate agreement with Amp Energy India, a global developer of flexible clean energy infrastructure, under a power purchase agreement for 25 years. Not only does the arrangement reduce the company’s dependency on non-renewal energy, the carbon offset achieved through the project is a significant milestone in its goal towards carbon neutrality..
By sourcing energy from a renewable source, the Pune plant will reduce over 9000 tons of CO2  emission from its existing production process marking a significant step toward SAVWIPL’s Carbon Neutral goal by 2030. The captive solar PV plant spread across a single roof area measuring 63,000 square meters of the body shop consists of 25770 highly efficient polycrystalline modules, will also reduce direct heat radiation in the shop.
Gurpratap Boparai, Managing Director, ŠKODA AUTO Volkswagen India Pvt Ltd. said “The installation of the Solar Power Generation Project at our production facility in Pune reinforces our commitment towards building a ‘SUSTAINABLE FUTURE’. We have taken a small but significant step towards contributing to India’s commitment to the world in reducing carbon footprint. With a vision of reducing the negative impact of our manufacturing operations towards the environment, we will endeavor to implement more environmentally sustainable projects in the future.” 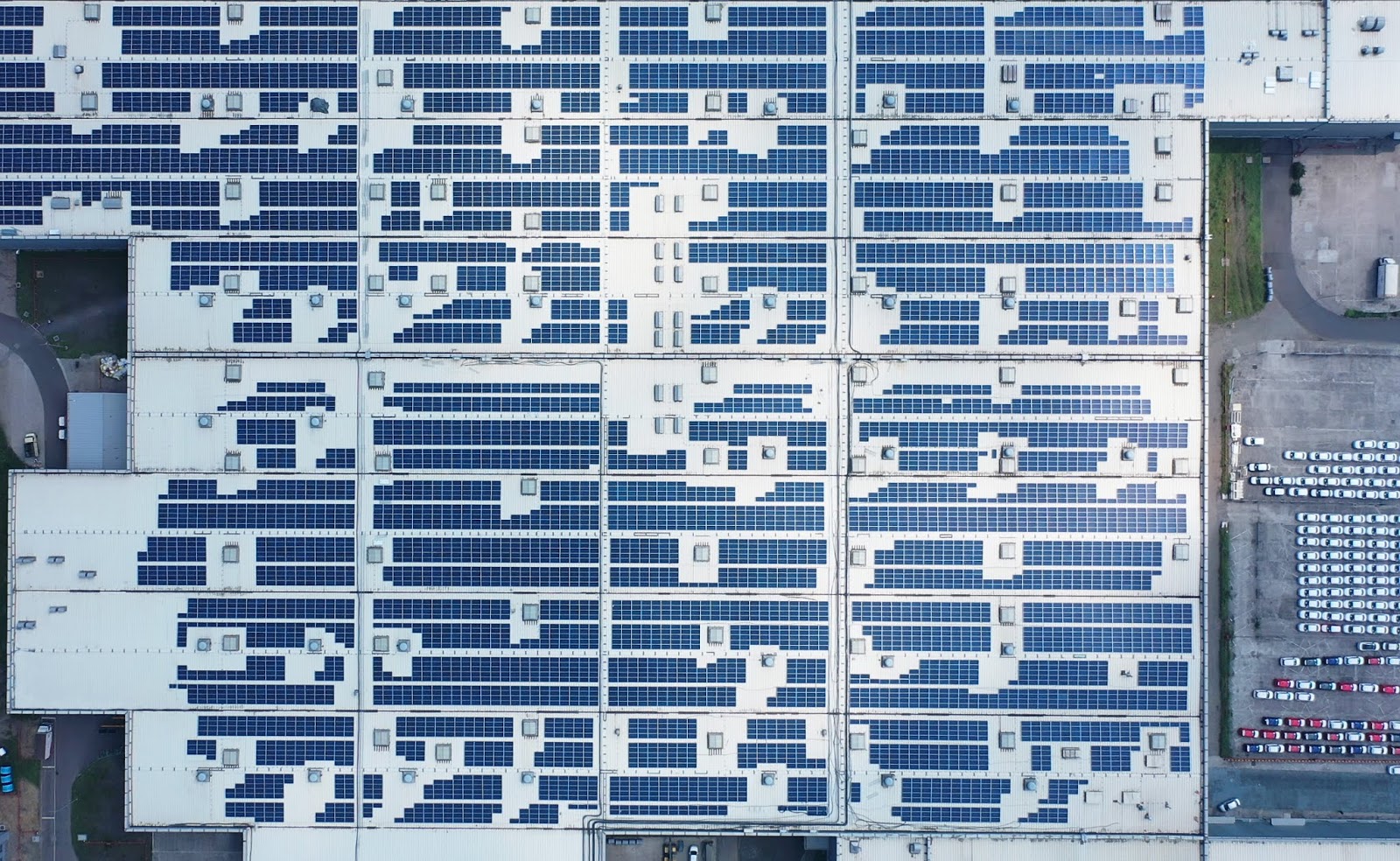 Commenting on the launch, Pinaki Bhattacharyya, CEO AMP Energy India said “Automobile sector is on a tectonic shift globally to use renewable energy for production in their plants. The Volkswagen group has been leading the way in innovation and efficiency. It was a pleasure working with the collaborative and knowledgeable SKODA AUTO Volkswagen India team on this project. We are excited that this partnership resulted in a world class rooftop project that is amongst the largest solar rooftop project in India and would help the company minimize their carbon footprint and energy costs.”
Augmenting from 908 KWp to 9.4 MWp of renewable capacity
Last year, the company inaugurated its first major Solar PV installation with a capacity of 980 KW, at its manufacturing facility in Aurangabad. The Aurangabad solar plant produce upto 1.5 million kWh and contributes to the reduction of upto 922 ton of carbon dioxide emissions annually. With the massive addition of photovoltaic completed at Pune plant, the technical capacity of Aurangabad and Pune combined stands at 9.4 MWp, saving close to 10,000 tons of CO2 emissions annually. The combined technical capacity will be deriving almost 12 thousand times the Per-Capita electricity consumption in India entirely from solar radiation.
Further environmental and sustainability efforts at SAVWIPL
ŠKODA AUTO Volkswagen India Pvt Ltd is making headway towards its pursuit of sustainable development, resource conservation, carbon footprint reduction, and cost optimization. The company has already made strong strides towards reducing environmental impact by becoming a zero liquid discharge facility, almost zero waste to landfill and implementation of high efficiency project to further improve its goal towards sustainable production.