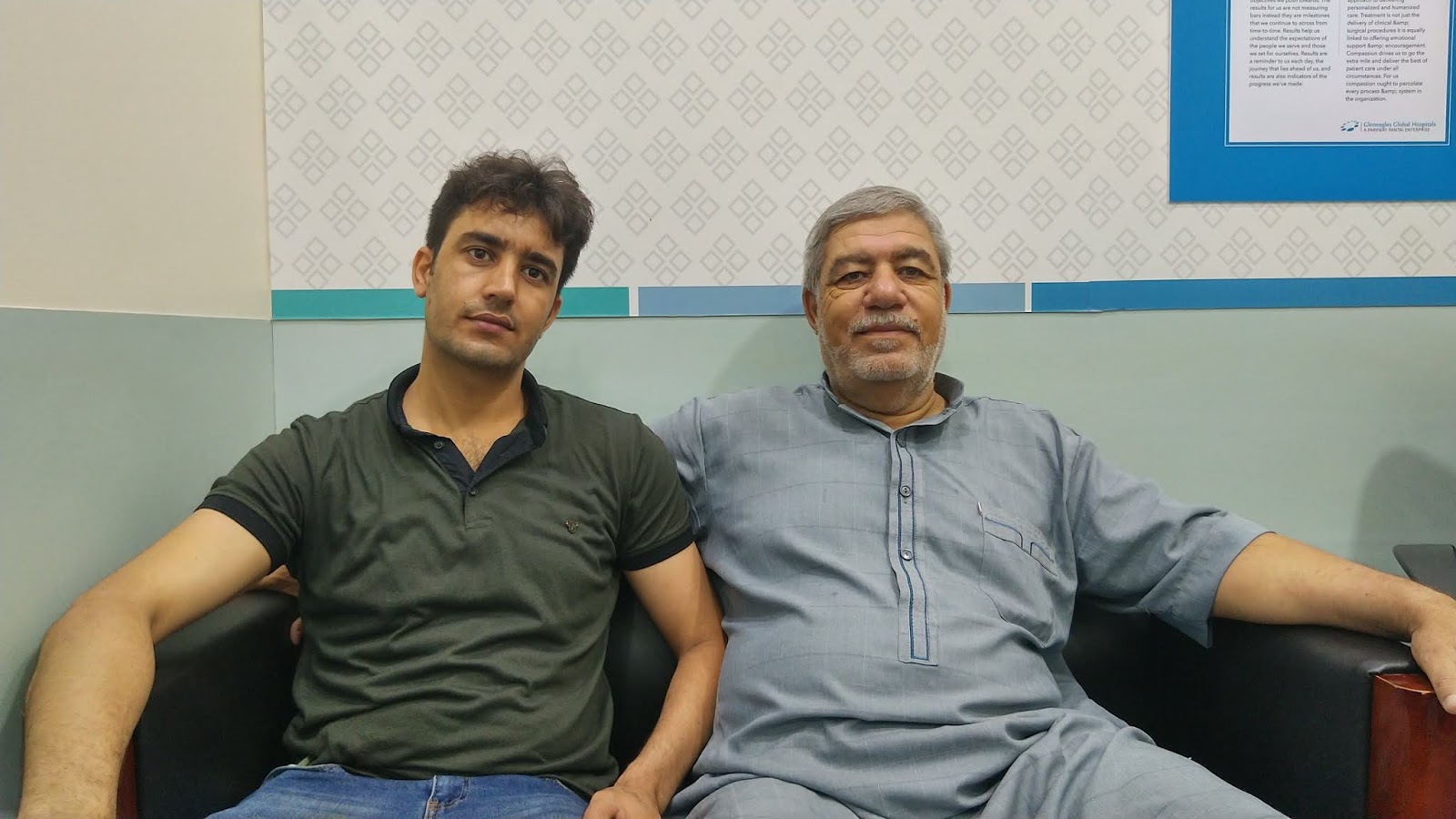 ~The patient suffered from hip fracture, and lost bone around the hip, with no supporting muscles-
by Priya Jadhav
Mumbai: A team led by Dr. Shridhar Archik, Orthopaedic Surgeon performed a unique hip replacement surgery on 56 years year-old man from Iraq, after 3 failed surgeries. The patient was jolted out of his normal life as his left leg was 3-and-half inches short, and could not walk without support. Now, after surgery, the patient is able to move freely.
Fadhil Fahad Ibrahim, a resident of Iraq, who is an Iraqi farmer.  by profession was limping for the last 3 years. He had a simple fracture of the hip which got infected after the index surgery in Iraq. He underwent 2 subsequent surgeries to get him back to normal in Saudi Arabia but both failed. As a result, he couldn’t walk even a step and do his daily chores. In addition, these surgeries made his left leg was 3-and-half inches short. He was wheelchair-bound and needed help to do simple daily chores when he arrived. However, he was referred to Global Hospital, Parel, wherein Dr. Shridhar Archik, helped him walk with ease, and resume to his normal life.
Dr. Shridhar Archik, Orthopaedic Surgeon, Global Hospital, Parel said, “The patient underwent a difficult total hip replacement. Total hip replacement is a surgical procedure wherein both damaged surfaces of the hip joint are being replaced with prosthetic substitutes. This can help eliminate pain and improves the functioning, and quality of life of the patient. One can opt for it if hip pain tends to interfere with real-world activities. After the 3-hour surgery, the patient gained the entire 3-and-a half-inches of lost length, and could walk without any difficulty. He was discharged on the 5th post-op day and was advised intensive physiotherapy. His surgery was unique since he has also lost most of his bone around the hip and had no supporting muscles. He would never have walked in his life without surgery
Patient Fahdil said, “My life took a turn for worse, after suffering this fracture.  My height was 3and half-inch short. But I appeared shorter which took a toll on my self-esteem. I had started giving up after 3 failed surgeries. Fortunately, Global Hospital came to my rescue. My family and I thank the doctors for giving me a new lease on life. Now, I can walk properly, and looking forward to living life the way I dreamt of. Don’t ignore your health issues. Doing so can cost you your life. Thus, timely intervention can be helpful.”