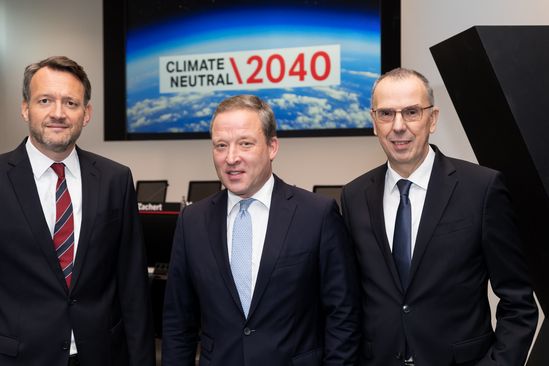 by Priya Jadhav
Ø  Sales on prior-year level at EUR 1.781 billion
Ø  EBITDA pre exceptionals down slightly year-on-year at EUR 267 million
Ø  EBITDA margin pre exceptionals at 15.0 percent
Ø  Forecast for full year 2019 unchanged: EBITDA pre exceptionals of EUR 1.000 billion to EUR 1.050 billion
Ø  Realignment of organometallics business
Cologne – Specialty chemicals company LANXESS performed well again in the third quarter of 2019 – despite further deterioration of the economic environment. As expected, earnings in the third quarter were only slightly weaker than in the previous year. At EUR 267 million, EBITDA pre exceptionals was 3.6 percent down on the prior year’s figure of EUR 277 million.
Earnings were negatively impacted in particular by lower demand from the automotive industry and the weak chrome ore business. However, this was almost offset by the company’s stable portfolio and advantageous exchange-rate effects, especially from the strong U.S. dollar. The EBITDA margin came in at 15.0 percent, against 15.5 percent in the prior-year quarter.
“Our stable position has once again proven its value, enabling us to remain on track in these turbulent times. Although the environment is still challenging, we are now optimistically embarking on our final spurt for the year,” says Matthias Zachert, Chairman of the Board of Management of LANXESS AG.
LANXESS expects its EBITDA pre exceptionals in the fourth quarter to be slightly better than in the previous year. For the full year 2019, the specialty chemicals company expects its EBITDA pre exceptionals to be between EUR 1.000 billion and EUR 1.050 billion (previous year: EUR 1.016 billion). 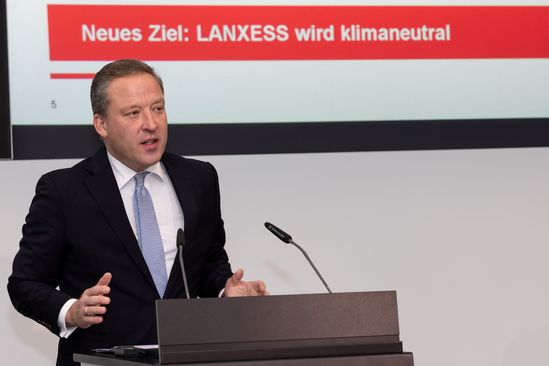 Group sales in the third quarter of 2019 amounted to EUR 1.781 billion, on a par with the previous year’s level. Net income declined by 13.8 percent from EUR 80 million to EUR 69 million, mainly due to higher depreciation. Earnings per share decreased less significantly by 10.2 percent – from EUR 0.88 to EUR 0.79 – due to the lower average number of shares outstanding after the share buyback program.
Organometallics business realigned
LANXESS is taking another step to further develop its portfolio. The company is realigning its organometallics business in order to focus on profitable growth segments in the future. To this end, LANXESS is investing an amount in the mid-single-digit millions of euros at its location in Bergkamen, Germany, to expand production of aluminum-based organometallics, which are used as catalysts in the production of high-quality plastics. This business is characterized by attractive margins and good growth prospects.
Also in Bergkamen, LANXESS manufactures tin-based organometallics. The company has now sold this business to the PMC Group, a U.S. chemicals company. Both parties signed an agreement to this effect on November 9, 2019. The transaction is expected to close at the end of 2019. The parties have agreed not to disclose the purchase price. Until at least the end of 2021, LANXESS will continue to produce tin-based organometallics on a contract manufacturing basis for the future owner. Tin-based organometallics are mainly used for the production of polyvinyl chloride (PVC), catalysts and other chemical intermediate applications.
“By realigning our organometallics business, it will become much more stable and profitable,” says Hubert Fink, member of the Board of Management of LANXESS AG. “At the same time, we are convinced that the business with tin-based organometallics can be better developed under its new owner.”
Organometallics are part of the Advanced Industrial Intermediates business unit’s portfolio.
Q3 2019: Three of the four segments increase their operating result
The Advanced Intermediates segment also performed well in the third quarter. In particular, this was largely due to good project business at Saltigo. Exchange-rate effects also had a positive impact. Despite a negative price effect from lower raw material prices, sales were up 2.8 percent at EUR 549 million as compared to the previous year’s figure of EUR 534 million. EBITDA pre exceptionals grew by 2.3 percent from EUR 87 million to EUR 89 million. The EBITDA margin pre exceptionals remained stable at 16.2 percent.
Despite weaker demand from the automotive industry and the termination of margin-dilutive toll manufacturing contracts, the Specialty Additives segment developed positively in the third quarter. This was thanks to advantageous exchange-rate effects and strong business in the Polymer Additives business unit. Sales were on a par with the prior-year level at EUR 503 million. EBITDA pre exceptionals increased by 4.3 percent to EUR 97 million compared with EUR 93 million in the prior-year quarter. The EBITDA margin pre exceptionals rose to a strong 19.3 percent after 18.5 percent in the prior-year quarter.
The Performance Chemicals segment also performed better than in the prior-year quarter. As in the previous quarters, the business units with water-treatment and material-protection products posted strong growth. There were also positive exchange-rate effects. Weak chrome ore business in the Leather business unit continued to have a negative impact. Sales rose by 6.0 percent from EUR 334 million to EUR 354 million. At EUR 56 million, EBITDA pre exceptionals was 5.7 percent above the figure for the prior-year quarter (EUR 53 million). The EBITDA margin pre exceptionals remained stable at 15.8 percent.
In the Engineering Materials segment, sales and earnings continued to be hit by weaker demand from the automotive industry. Sales were also burdened by lower selling prices due to decreases in raw material prices. Despite advantageous exchange-rate effects sales fell by 10.4 percent from EUR 394 million to EUR 353 million. At EUR 59 million, EBITDA pre exceptionals was 15.7 percent down on the prior year’s figure of EUR 70 million. After 17.8 percent in the previous year, the EBITDA margin came to 16.7 percent.

1 Prior-year figures from continuing operations
2 After deduction of time deposits and securities available for sale
3 Dec. 31, 2018
LANXESS is a leading specialty chemicals company with sales of EUR 7.2 billion in 2018. The company currently has about 15,400 employees in 33 countries and is represented at 60 production sites worldwide. The core business of LANXESS is the development, manufacturing and marketing of chemical intermediates, additives, specialty chemicals and plastics. LANXESS is listed in the leading sustainability indices Dow Jones Sustainability Index (DJSI World and Europe) and FTSE4Good.