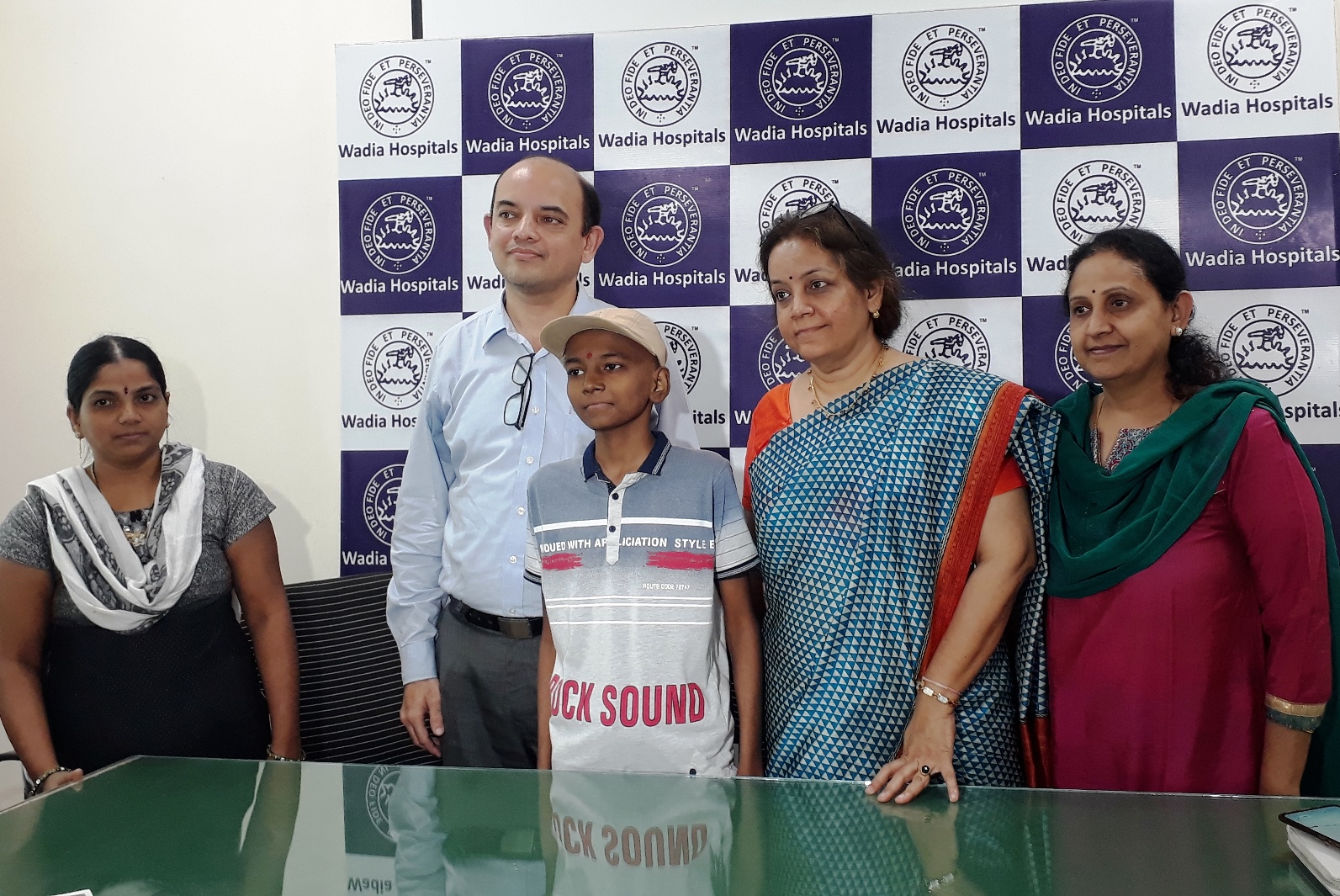 by Priya Jadhav
The tumor was producing a hormone - adrenocorticotropic hormone (ACTH) that stimulated the adrenal gland to produce more cortisol, he also developed Cushing's disease
·         Neuroendocrine tumours (NET) are considered rare tumors, and the current incidence is reported to be about 6 cases in 100 000 in adults and about 2.8 cases per million in the paediatric age group.
·         Paediatric pancreatic tumors are even rare, with an incidence of 0.46 per million (under 30 years of age). 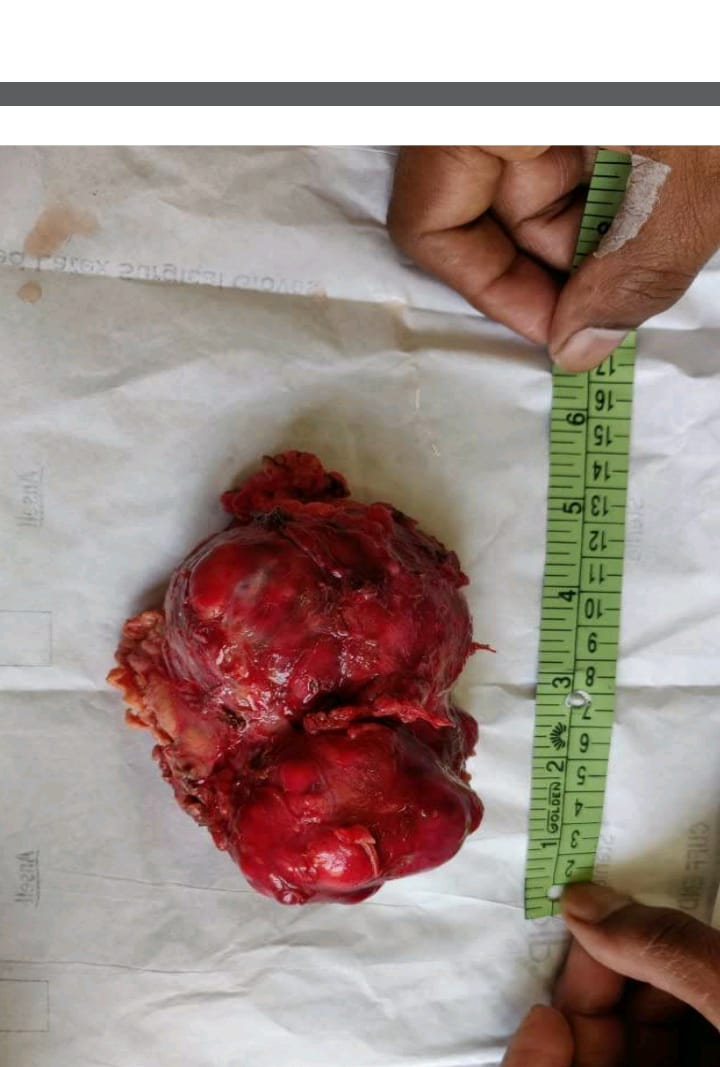 17th December, 2019, Mumbai: Pancreatic neuroendocrine tumors (PNETs), is a group of endocrine tumors arising in the pancreas, are the rarest representing 1-2% of all pancreatic tumors. A team led by Dr Rajesh Joshi, Professor, Division of Pediatric Endocrinology, BJWHC gave a new lease of life to a 14-year-old boy from Titwala, Thane district, who suffered from this rare tumor, with the help of surgery, chemo, and radiation. Now, the patient who was unable to go to school wishes to resume school after 7 months.
At 14, when other children of Mandar Anant Waghmare’s age would go to school, Mandar would just be at home owing to hyperpigmentation.  Soon, it became a matter of concern for his family as he stopped venturing out of the house. This shook him and resulted in low self-esteem and anxiety. Moreover, his health deteriorated further when he also exhibited other alarming symptoms like abdominal pain. His family ran from pillar to post to help me get back on track, and fortunately, the patient was referred to BJWHC wherein the doctors saved his life.
Dr Rajesh Joshi, Professor, Division of Pediatric Endocrinology, BJWHC, said, “Mandar was admitted in April 2018 with complaints of hyperpigmentation, abdominal pain, high blood pressure, and headache. After examining him, it was thought to be a problem with the adrenal gland (these are small glands in the abdomen). But, hormonal changes were noted and his cortisol was high (49 ug/dl). Usually, when a child visits the hospital with the problem of skin pigmentation, the cortisol is low. Further, his CT scan revealed that he suffered from Pancreatic Tumorlater confirmed on biopsy as PNET”.
Dr. added, “It was a rare poorly differentiated grade 3tumor of the pancreas. Due to the aggressive nature of this tumor, the two-year survival rate is approximately 60% and the five-year survival rate is only 16%.”The tumor was producing one hormone called adrenocorticotropic hormone (ACTH) which stimulated the adrenal gland to produce more cortisol. The ACTH is normally produced in the pituitary gland. But in this patient, this tumor was surprisingly producing a high amount of ACTH instead of the pituitary gland producing it and this is called Ectopic ACTH syndrome (EAS). This results in hyperpigmentation and hypercortisolism. Hence, the patient underwent tumor removal surgery in November 2018. The surgery lasted for 6 hours. The patient was admitted in PICU for 5 days and was discharged within 7 days of surgery.” 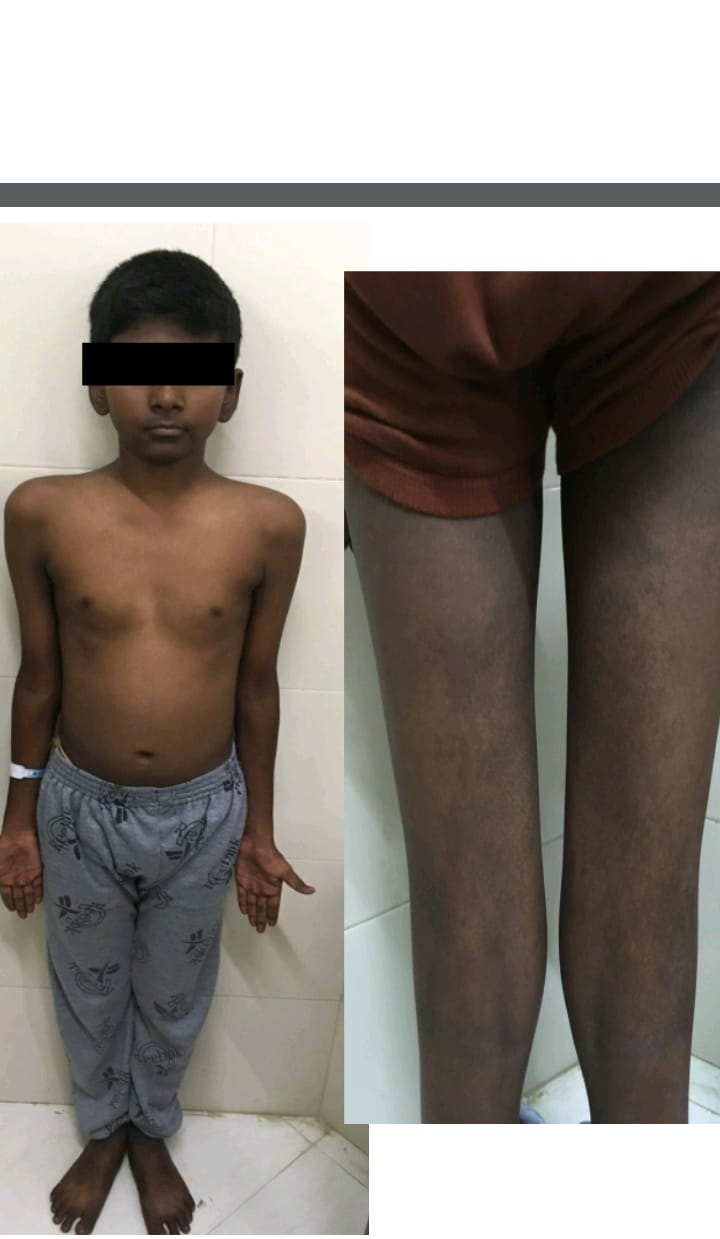 After surgery, his hormonal parameters return to normal. “But after 6 months, he developed a condition called cushings disease (it occurs when your body is exposed to high levels of the hormone cortisol for a long time), metastasis in the abdomen, and hyperpigmentation, and the disease relapsed.  With the help of the oncology team, he was given 24 cycles of radiation, completed4 months ago, and 6 cycles of chemo, completed a month ago. The patient’s cushings features disappeared which was confirmed by hormonal tests. However, he needs to follow up lifelong for a relapse,” underscored Dr Joshi.
A teary-eyed Mandar Waghmare stated, “Last year when I was in 8th standard, after the last paper of my final examination, I was admitted to the hospital, owing to stomach pain and hyperpigmentation. After surgery, I was fine, but the disease recurred. My family was worried but they were there throughout the thick and thin. In 2019, I underwent treatment and am recovering now. I have been advised to cut down on junk and non-veg food. I want to thank the doctors for helping me start the new innings of my life. I have missed school for more than 7 months, so I intend to resume school, and meet my friends.”
Dr Minnie Bodhanwala, Chief Executive Officer of the Wadia Hospitals said, “The hospital is always committed to serve the paediatric patients, and has always been at the forefront in introducing cutting edge medical technology, expertise, and equipment. It strives to make affordable healthcare for all, a reality. The hospital works relentlessly, and organizes drives, campaigns, and activities to spread awareness regarding various ailments.”
What do you need to know?
Pediatric NET is rare, seen usually in gut and lung. Pancreatic NET are rarest have an incidence of <0.1 per one million persons, and secretion of ectopic adrenocorticotropic hormone (ACTH) is even rarer.

The overall incidence of Cushing syndrome is 2 to 5 new cases per million people per year, with only 10% of the new cases each year occurring in children.

A recent multicenter retrospective study over a 20 year period identified 10 cases of ectopic ACTH secreting tumor presenting before the age of 20 years.