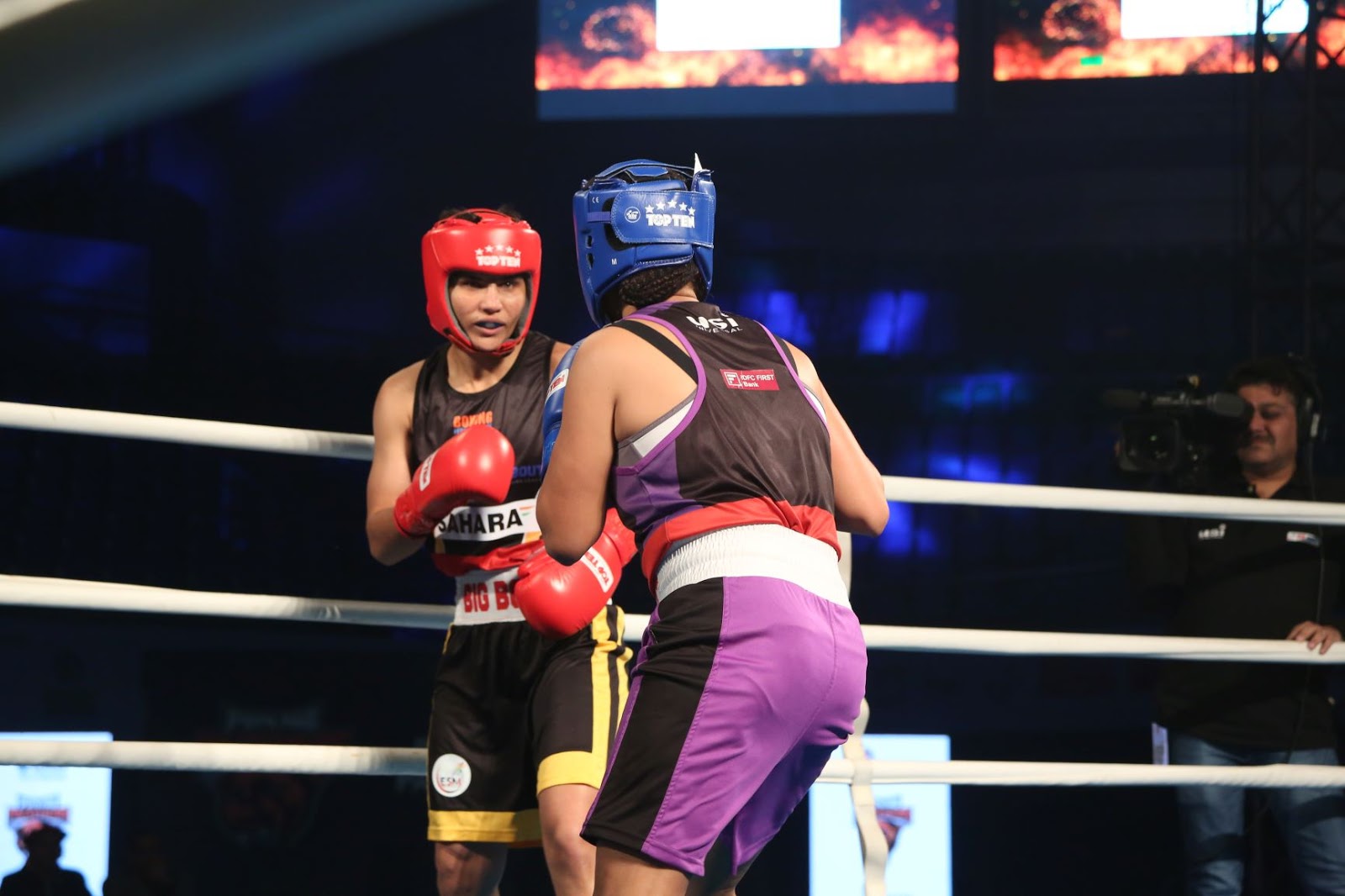 New Delhi, December : Meenakshi made light of a massive task of standing in for NE Rhinos skipper Nikhat Zareen and helped her team stay afloat against Punjab Panthers in the semifinals of the Big Bout Indian Boxing League at the Indira Gandhi Indoor Stadium Complex here tonight. She handled pressure with disdain as she beat Darshana Doot in the women’s 51kg bout.
Meenakshi, who lost a split verdict in her only bout for the Rhinos, lost no time in showing Panthers’ southpaw Darshana Doot that she was keen to secure an important point for her team. She backed her eagerness with good ringcraft, landing a combination of punches to  run out a comfortable winner and level the match scores  at 1-1.
Earlier, Sonia Lather had to raise her game after trailing Pwilao Basumatary in the first round. She was unruffled that a majority of judges had ruled in favour of her Rhinos rival and changed her tactics to swiftly turn the tables on Pwilao Basumatary. She swung the balance her way with a calm and sensible approach that called her to step up the aggression.
NE Rhinos made two changes to the team that beat Punjab Panthers 4-3 in the climactic league match on Tuesday. Besides skipper Nikhat Zareen (women’s 51kg), they were without, an unwell Mandeep Jangra (69kg). They were, however, strengthened by the return of the 75kg bout to the card and would expect Francisco Veron to claim a crucial win over debutant Mohit Khatana.
Yet, NE Rhinos would know that beating Punjab Panthers in the semifinal would be a tall order, particularly with the Panthers being bolstered by the return of the vastly experienced Manoj Kumar who would take on youngster Muhammad Rahil in the 69kg bout that was drawn to be the final bout of the night.
Before that, the Panthers would back Abdulmalik Khalakov and PL Prasad to repeat their victories over Mohammed Etash Khan in the 57kg battle and Laldin Mawia in the 52kg clash to be able to march towards the final against Gujarat Giants.