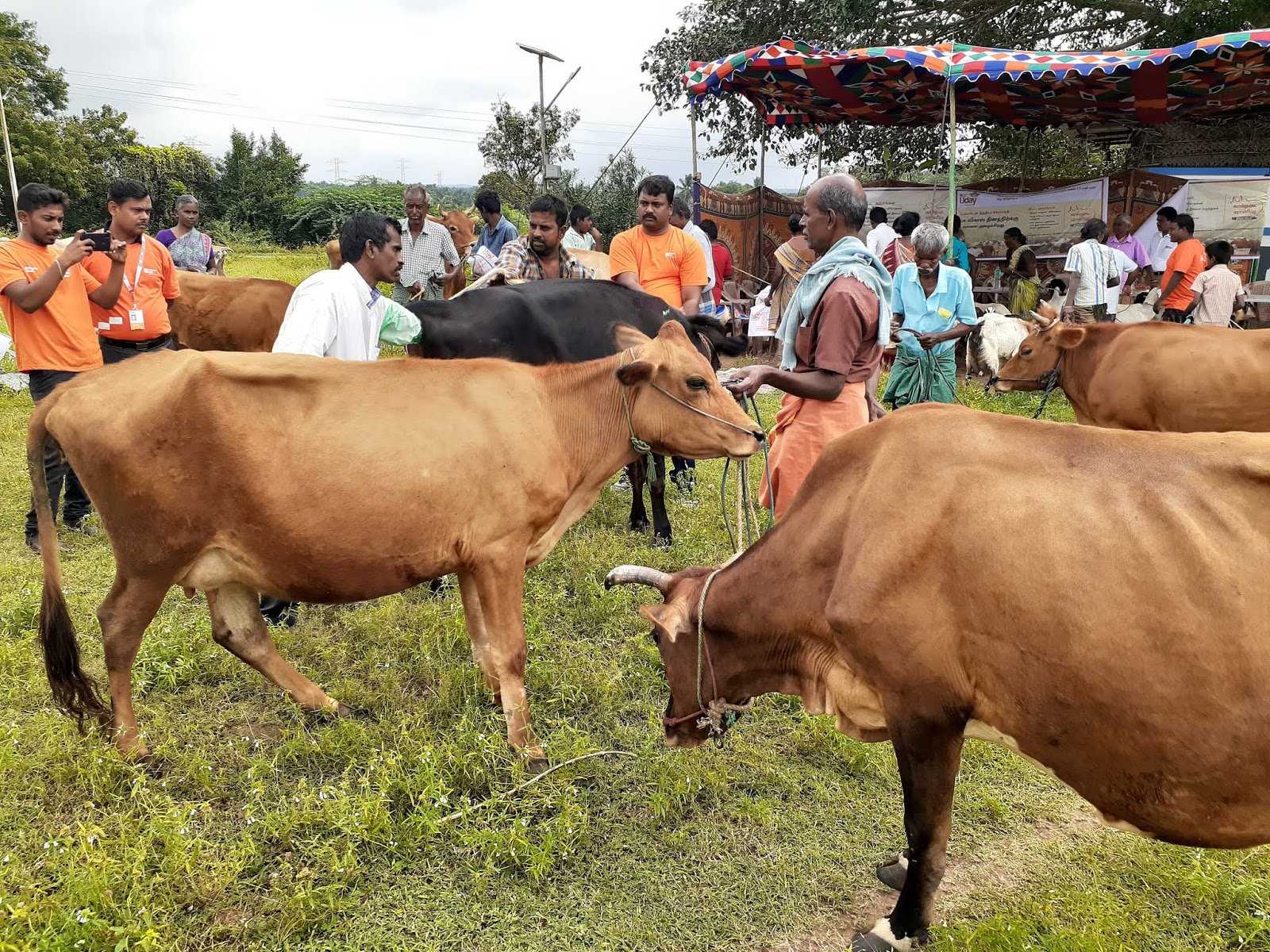 Programme benefitted over 21,000 cattle owners
Simultaneously held at 355 + locations & 500 ++ villages across 14 states
by Priya Jadhav
Mumbai, December 2019: With a large percentage of the population dependant on livestock for their livelihood, one of India’s leading NBFCs - Fullerton India’s Pashu Vikas Day 2019 helped create on ground cattle awareness and medical support to the rural community. This edition of Pashu Vikas Day witnessed simultaneous cattle camps being held at over 350 locations, covering 500 villages and 14 states where 68,000 cattle were treated that benefitted more than 21,000 owners
Over the four years of Pashu Vikas Day, nearly 2,00,000 cattle and more than 50,000 cattle owners have benefitted from this project.
Highlighting the organisation’s unique initiative, Ms. Rajashree Nambiar, Chief Executive Officer and Managing Director, Fullerton India, said, “As a business we serve the financial needs of the underserved and realise the concerns faced by them. Therefore, a large part of our development programmes focus on livelihood advancement among rural communities - to enhance their quality of life and boost their income streams. Livestock is important for the people living in the hinterland, and Pashu Vikas Day was launched with an aim to achieve sustainable development through better awareness and care.”
Commenting on Pashu Vikas Day, Ms. Shilpa Desai, General Manager, Head – Marketing & Cross Sell, Fullerton India, said, “We launched this programme in 2014, and it continues to receive a heart-warming participation. The Pashu Vikas Day is a single day cattle care camp organised across various pan – India locations, wherein our employees connect with the rural community to make this a success. All our efforts and the response we have been receiving from locals, makes it a one of its kind initiative that has helped us to further connect and support the community.”
Fullerton India’s Pashu Vikas Day, a pan-India programme saw participation from local veterinary doctors, who educated the cattle owners on productivity enhancement, better market linkages and other aspects of efficient cattle care, along with free check –up, medicines and vaccinations.
Pashu Vikas Day was launched on November 22, 2014, and subsequently held in 2015 and 2018. Fullerton India was featured in the 2015 Limca Book of Records as the largest single day cattle care camp organised across India, and in 2018 as the World’s Largest Single Day Cattle Care Camp by Best of India Records.
About Fullerton India Credit Company Limited:Established in 2007, Fullerton India Credit Company Limited (FICCL) is an NBFC that offers retail financial products to urban and rural households, and to small and medium enterprises in India. It offers instant personal loans, business loans, SME loans and housing loans at competitive interest rates and easy EMI options. In December 2015, Fullerton India launched its housing finance company, Fullerton India Home Finance Company Limited (FIHFC), also known as Grihashakti. On a consolidated basis, there are over 15,255 employees in 675 branches, serving over 3.6 million customers in 600 towns and over 58,000 villages across the country.