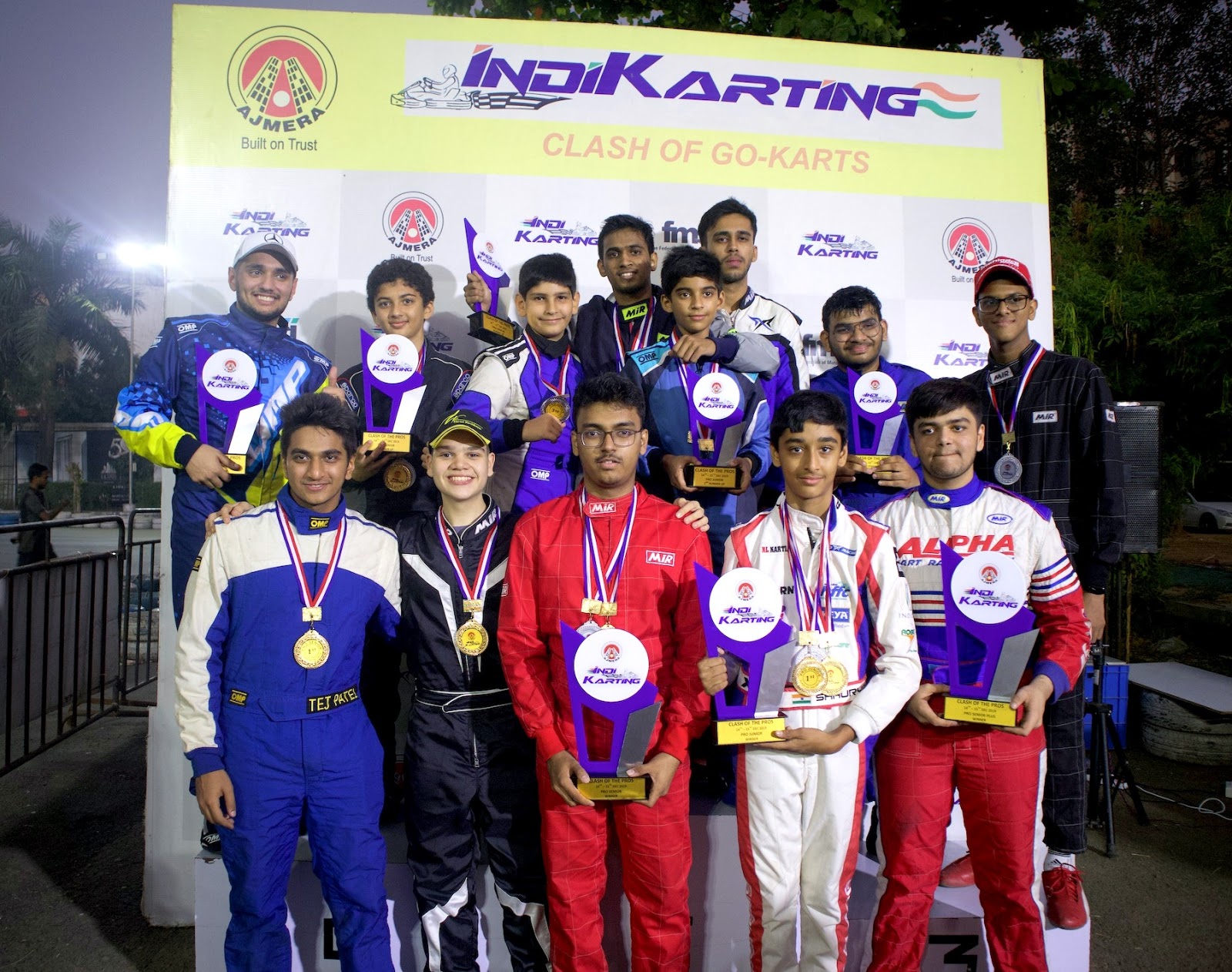 Mumbai, December 19: The 2nd edition of the Ajmera IndiKarting Clash of Pros, was a spectacular affair of top level racing from some of the best racers in the region across 2 categories – Pro junior and Pro Senior. Shaurya Kapani was on top of the standings at the end of the day after winning 2 of the 3 races in the Pro Junior. Sarvesh Bode with a win and second place, took top honours in the Pro Senior category.
Qualifying was a close affair in both categories. Veer Sheth clocked 25.42 seconds, ahead Shaurya Kapani (25.44 seconds). Raiden Samervel and Nirvaan Chandna who recently made the move up into the Juniors were right behind posting laptimes of 25.46 and 25.63 seconds.
9 drivers in the Pro Senior clocked within 1 second. Tej Patel lapped the 400 meter Ajmera IndiKarting circuit in an impressive 25.87 seconds to bag pole position, a mere hundredth of a second, ahead of the highly rated Aaroh Ravindra (25.88 seconds) and Sarvesh Bode (25.91 seconds).
The Pro Junior Race 1 – Saw an exciting battle for the lead between Veer Sheth and Shaurya Kapani. Both racers with international experience under their belt, enthralled the crowd with multiple overtakes. Eventually Veer won the race ahead of Shaurya. Raiden Samervel came in third. 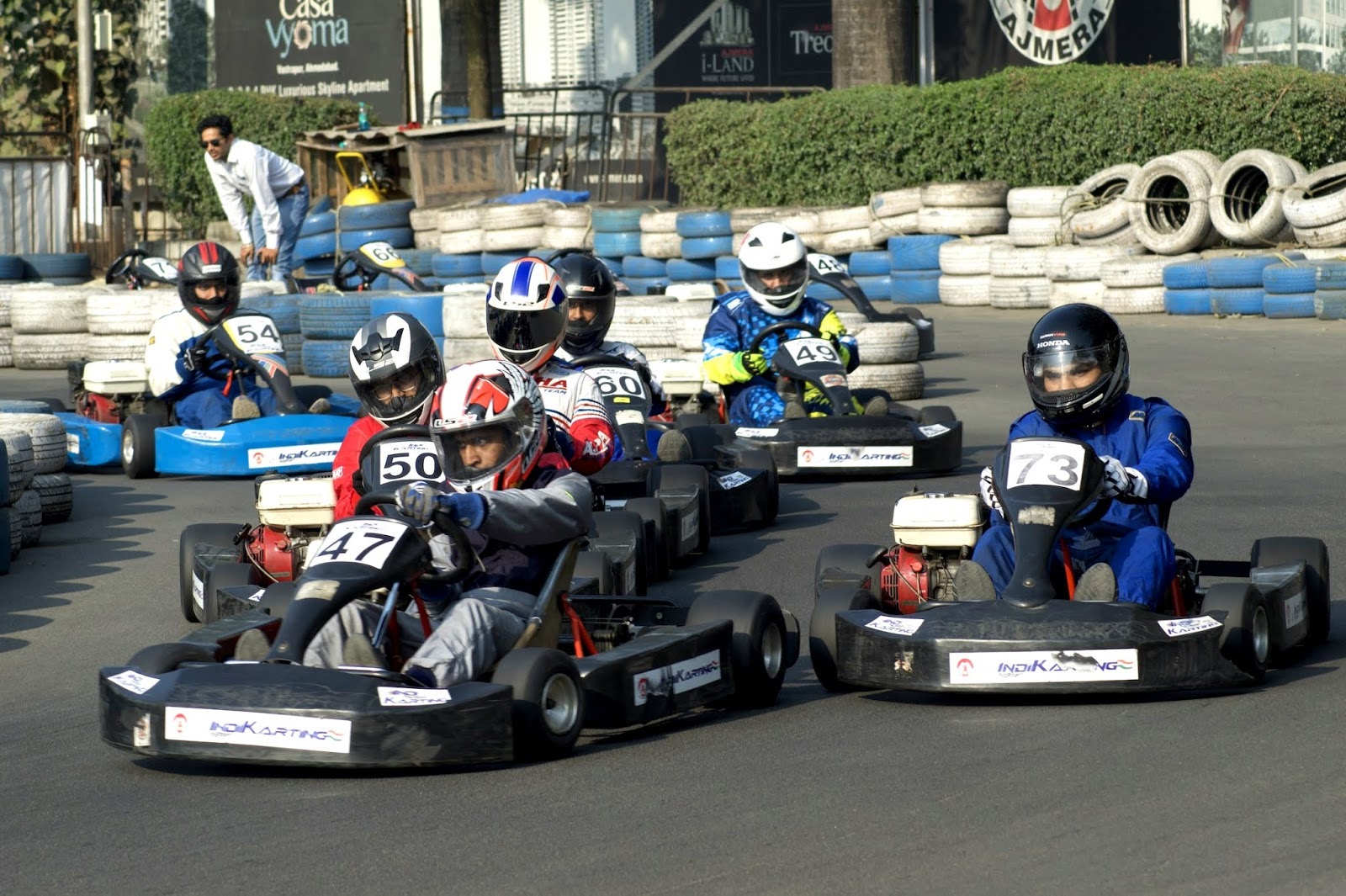 Tej had a good start in the Pro Senior Race 1. Behind him, Sarvesh and Aaroh were nose to tail, while Rahul Deshpande was under pressure from Jamie Shaw. Their karts touched and Jamie hit the barriers forcing him to retire. Tej won comfortably, followed by Sarvesh and Aaroh.
Race 2 in both categories started as a complete reverse grid of the entire field, based on the result of Race 1. In the Pro Junior, Nikhil Hariharn started on pole, followed by Aashi Hanspal – the only girl in the event. Shaurya made his way up the field and went on to win. Ashay Kadam started third, and drove fantastically to finish second ahead of Hoshmand Elavia.
The Pro Senior Race 2 started with Jamie on pole, followed by Paarth Damani, Neville Tata and Aashwath Chowta. Jamie quickly zoomed away to a comfortable lead. Behind him however, there was total chaos as quicker racers from behind had to contend with racers in front who refused to give up position. They defended aggressively and this proved to be a recipe for disaster. Multiple incidents followed and many racers crashed heavily. Jah Wadia who was unlucky in race 1 where he faced engine trouble, was unlucky a second time as he crashed just a few laps from the end. A few moments early Alyraza Beig and Aashwath crashed out. Jamie won, ahead of Rahul and Aaroh. 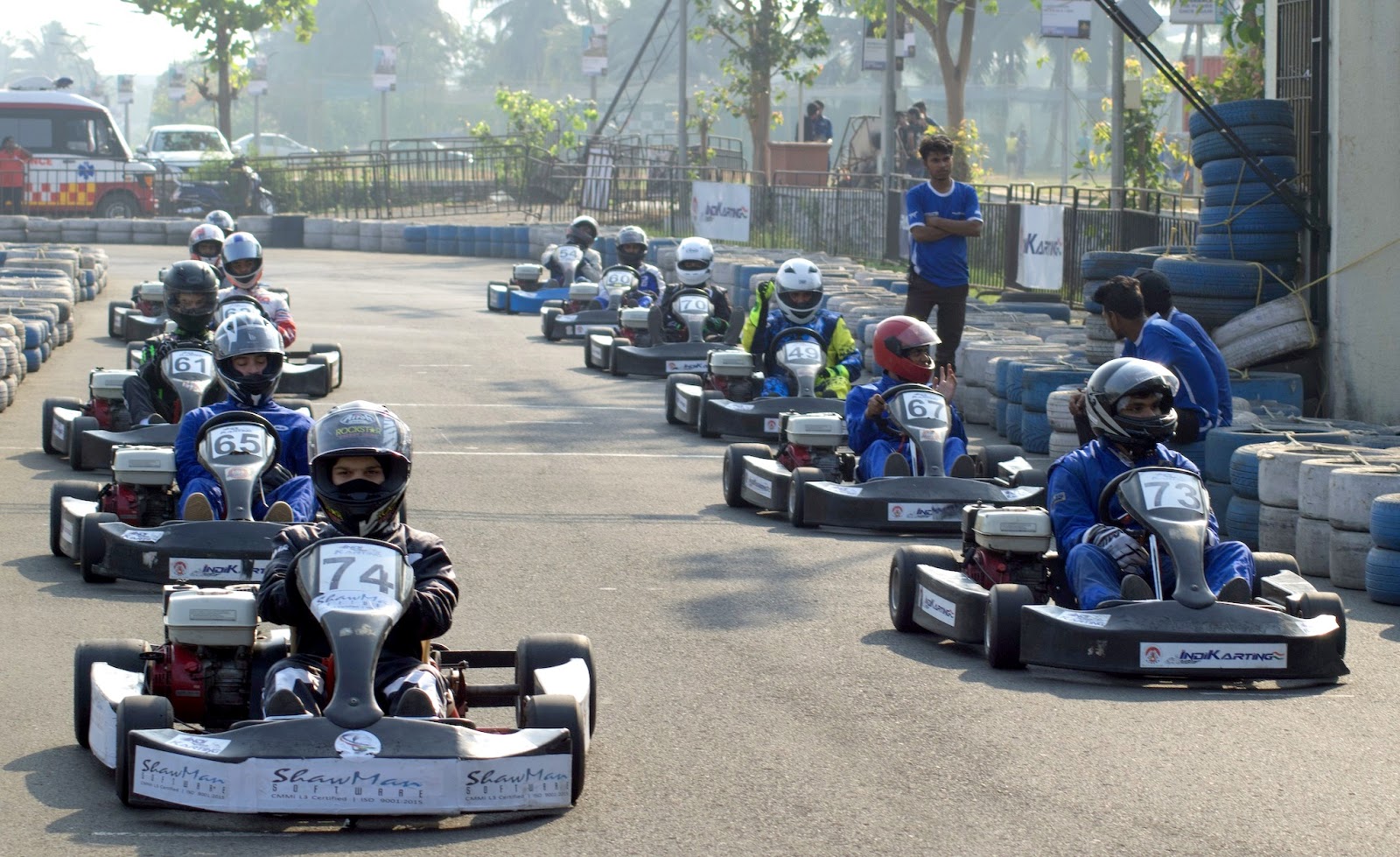 Shaurya won Race 3 of the Pro Junior, followed by Veer and Raiden.  The Senior race 3 was a fantastic display of fierce but clean competition. Five racers were locked in a battle for the lead for over half the race. Eventually Sarvesh triumphed ahead of Rahul and Aaroh.
The Pro Senior Plus category for heavier racers, was won by Raghav Vaishnav followed by Alyraza Beig and Parth Damani.
“It was fantastic to see such close racing. Both the Seniors and Juniors were within hundredths of a second and that speaks volumes of the level of competition. It was also good to see so many new faces. The future looks bright and I hope that many of these racers will soon compete internationally” said 8 Time champion and promoter of IndiKarting – Rayomand Banajee
The next round will be conducted on 11th and 12th January with qualifying commencing from 24th December.