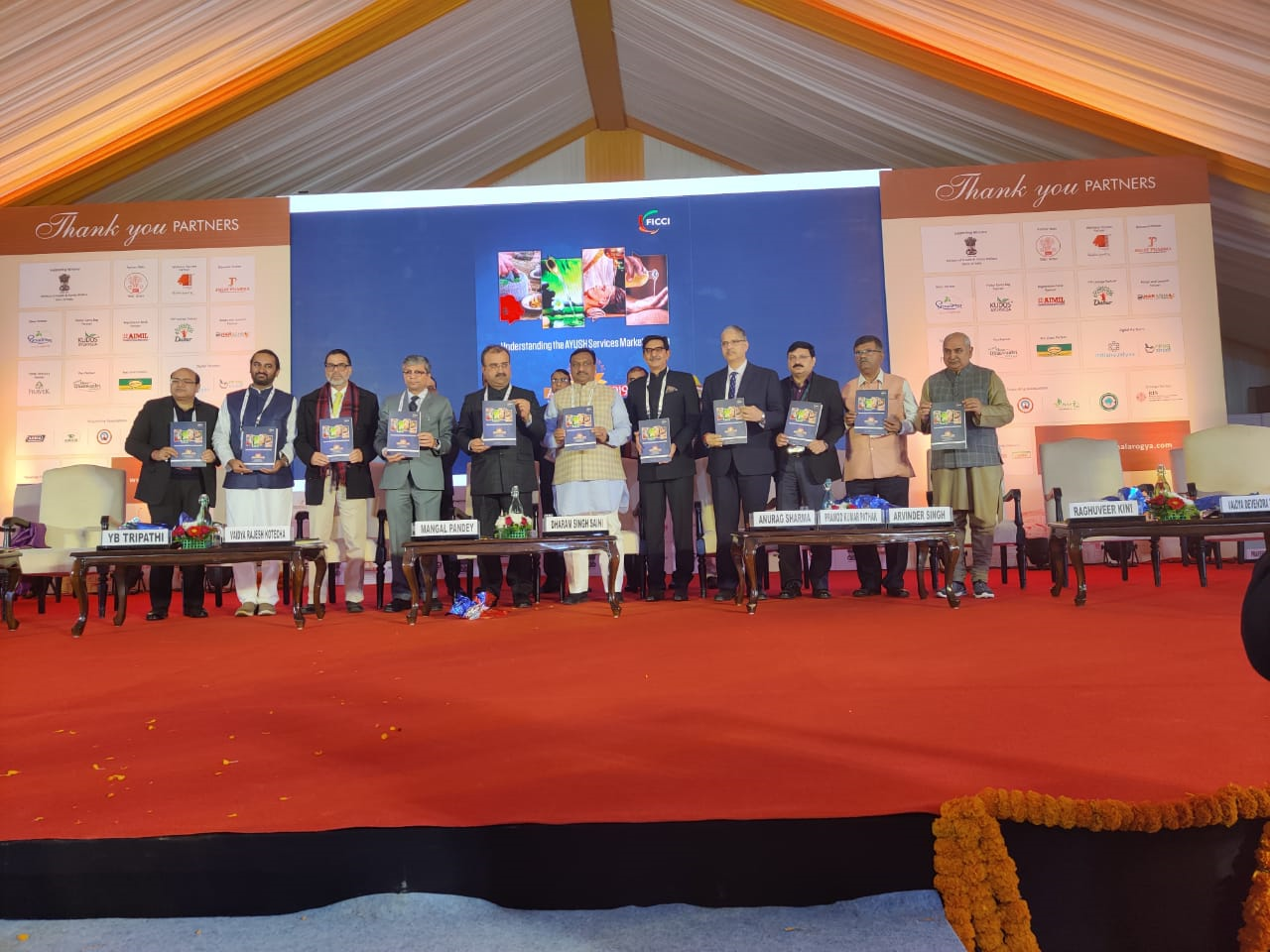 VARANASI,December 2019: Mr Vaidya Rajesh Kotecha, Secretary, Ministry of AYUSH, Government of India, today said that government will soon launch AYUSH Export Promotion Council of India and AYUSH Export Research Council which will facilitate the exporting community and undertake promotional measures to increase exports.
Speaking at ‘2nd International Exhibition & Conference on AYUSH & Wellness sector - ‘International Arogya 2019’ organized by FICCI, jointly with Ministry of AYUSH, Department of Commerce, Ministry of Commerce & Industry, and Pharmexcil, Mr Kotecha said, “NABH & QCI have recently launched entry level standards of accreditation programme for practitioners and entrepreneurs who can start their day care facilities, hospitals around AYUSH with minimal standards to reach out to a wider audience across the country.”

“We have received Rs 760 crore for providing soft loans and subsidies to entrepreneurs – contributing to the rapid growth of the AYUSH Sector”, added Mr Kotecha.

Sri Sri Ravi Shankar, Founder, Art of Living Foundation, in his video address, said, "We have to see that no one should be deprived of the benefits of Ayurveda."

Mr Pramod Kumar Pathak, Additional Secretary, Ministry of AYUSH, Government of India, introduced the theme of the exhibition and conferences at the inauguration ceremony.

Mr Arvind Varchaswi, Co- Chair – FICCI AYUSH Committee & Managing Director- Sri Sri Tattva, while highlighting the importance of AYUSH system in our daily lives and the benefits of Ayurveda and yoga, said, “AYUSH is an integrative system of healthcare and wellness for the world and is time to use India’s 5000 year old wisdom on AYUSH to live a healthy life.”

Mr Anurag Sharma, Chair – FICCI AYUSH Committee & Member of Parliament, Government of India and Director - Shree Baidyanath Ayurved Bhawan Ltd., said that Ayurveda has grown internationally. "The need of the hour is for all of us is to try to make Ayurveda the system of medicine, recognized all around the world," added Mr Sharma.

‘FICCI – F&S Knowledge Paper on “Understanding the AYUSH Services Market in India’ was also released during the event.

The four-day event including exhibition will witness participation of over 250 exhibitors showcasing their products to international delegates and buyers from 60 countries.

About Federation of Indian Chambers of Commerce & Industry (FICCI):A non-government, not-for-profit organisation, FICCI is the voice of India’s business and industry. From influencing policy to encouraging debate, engaging with policy makers and civil society, FICCI articulates the views and concerns of industry. It serves its members from the Indian private and public corporate sectors and multinational companies, drawing its strength from diverse regional chambers of commerce and industry across states, reaching out to over 2,50,000 companies. Further information is available at: http://ficci.in