Children accept the ‘Walk to School’ challenge; encourage parents to leave their vehicles behind 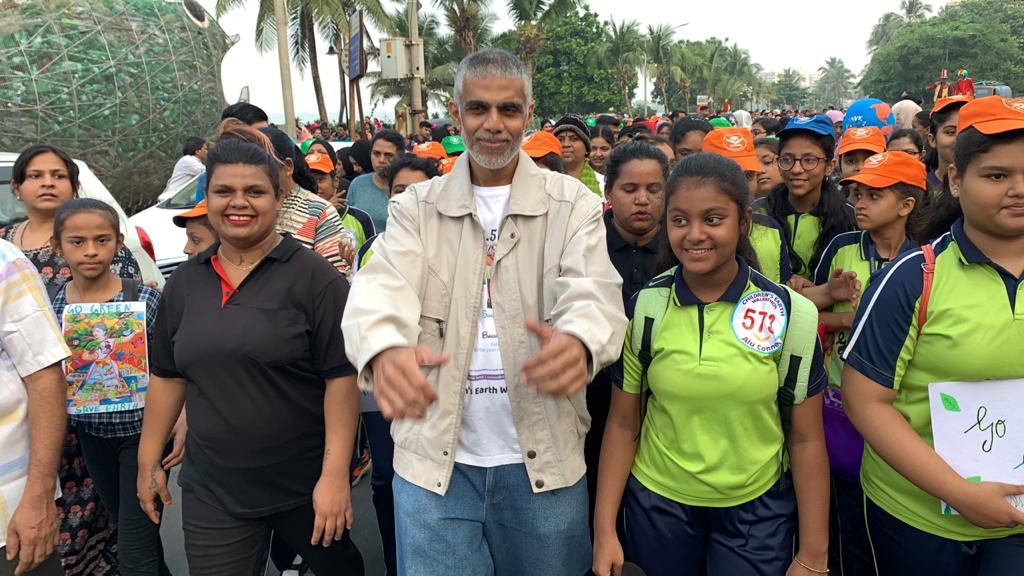 Over 3000 children and their parents took part in the Children’s Earth Walkathon at Bandra Fort on Sunday to spread the message of environmental consciousness
by Priya Jadhav
Mumbai, Sunday, December, 2019: Over 3000 children, aged 4-16 took part in the 2.5 kilometre Children’s Earth Walkathon organized by Alu Connect and held at the scenic Bandra Fort at 7.00 am on Sunday. The school students were dressed as flowers, animals, birds, bugs and held placards promoting ‘walking to school’ and pledged their support for a better, healthier and a cleaner Earth.
The first-of-its-kind initiative by Alu Connect, the idea was mooted by a six-year-old, Aaira Chunnawala whose awareness of the environment and its constant degradation forced her to ask her parents to help her in formulate a concept so that the pollution levels near schools can be brought down. The initiative was taken up by Alu Connect Pvt Ltd, a company which works in the field of Education and Health. The team of Alu Connect headed by Derrick Angelsz conceptualised the Walkathon, giving it an all-round holistic value.
Along with school children who represented various schools from the city, the event witnessed the participation of special children and specially-abled children who walked with their parents and guardians. Aaira flagged off the Children’s Earth Walkathon, which was a carnival of sorts with had stilt-walkers, effigies, mascots, among others. 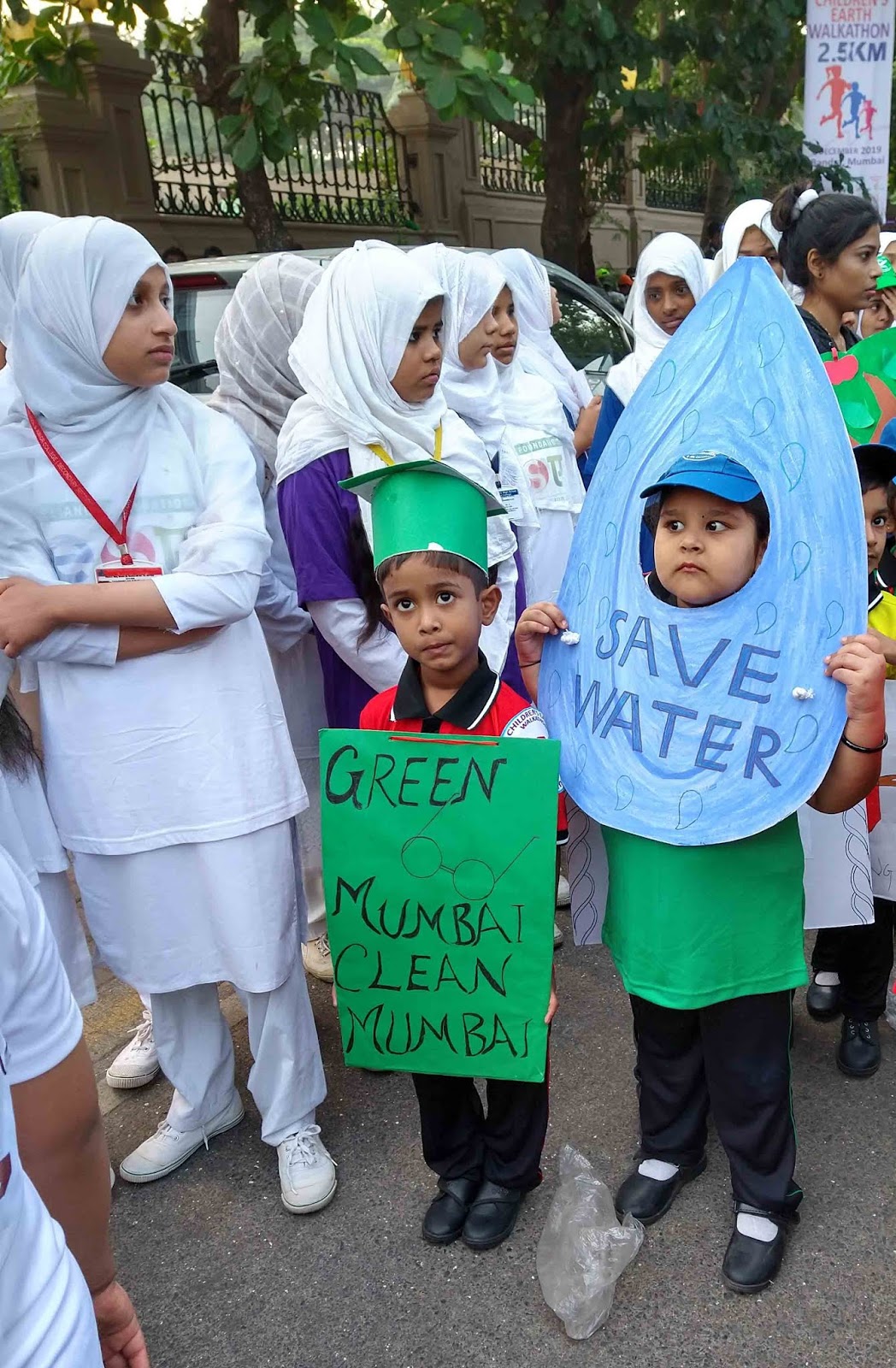 Aaira shared her thoughts about the run, “The city is much polluted. I experience constant honking, high pollution levels and falling of trees near my home and school. Parents drop their children in their own vehicles, which creates a traffic jam outside schools and also increases the pollution levels. This is the same air that we breathe. So it’s best we walk to school, so that we can reduce pollution.” 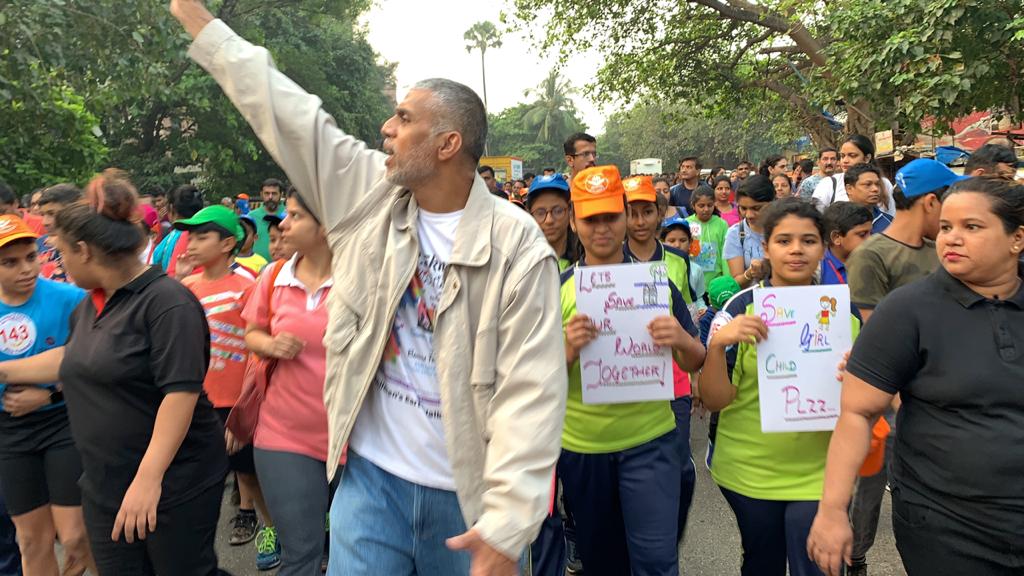 Derrick Angelsz, Director, Alu Connect, said, “I am overwhelmed with the response to our inaugural Children’s Earth Walkathon. It was like a carnival out there with children displaying messages to promote environmental consciousness. Also, we gave every child a sapling to either plant it in their societies or schools. They were very excited about collecting the saplings. We shall be taking many such initiatives in the future.”
He added, “Our core objective with this initiative was to encourage children to walk to school and this is our stepping stone to discourage parents to drop children in their vehicles and rather use cycles or walk to school whoever stay in the vicinity. Parents can start by parking their vehicles 700-800 metres away from their children’s schools. This would prevent them from breathing the toxic emissions.”
Alu Connect aims to take this concept to several cities across India in 2020 and also tie-up with schools in Mumbai for the ‘Walk to School’ program where there would be pollution meters to access how walking to school and reduction of vehicles near school premises have brought down the pollution levels.