Mumbai, December : Nidhi Chauhan of Ryan International School (CBSE, Malad), Sarasnh Gajbhiye of Ryan International (Goregaon) and Jennifer Josfina of Yak Public School (Khopoli) emerged victorious in the badminton competition of the Sports For All, powered by Byju’s, here at the Mumbai University Sports Complex, Santa Cruz on Sunday.
In the Under-17 Girls, Nidhi beat Viashvi Khandelwal of Don Bosco Senior Secondary School (Nerul) 2-0 (21-5, 21-2) to win the gold medal. In the Girls’ Under-15 contest, Jennifer got the better of Khushi Bhatia of St.Mary’s High School (Koparkhairane) 2-0 (21-6, 21-7) to come out on top, while Saransh Gajbhiye outclassed Nishnat Galande 21-19, 22-20 to bag the top prize in the Under-15 Boys’ competition.

While, it was business as usual for the athletes in the championship, they also had a lot of cheer about on Sunday as they had a special guest motivating them from the stands. SFA, who were celebrating ‘Girls’ Day’ to honour every girl participant in the event saw Pune 7Aces owner and Bollywood personality Tapsee Pannu in attendance who not only cheered for them from the sidelines but also gave an inspiring rendition and urged all the athletes present to never give up playing and follow their dream of making it big in sports.

The day was especially special for young shuttlers as they got a chance to take part in a special workshop conducted by former Indian player and Pune 7Aces coach Anand Pawar. In an interactive session,Anand not only gave the kids useful tips on improving their skills but also was very patient to answer every question that was thrown at him from the players, parent and the coaches. 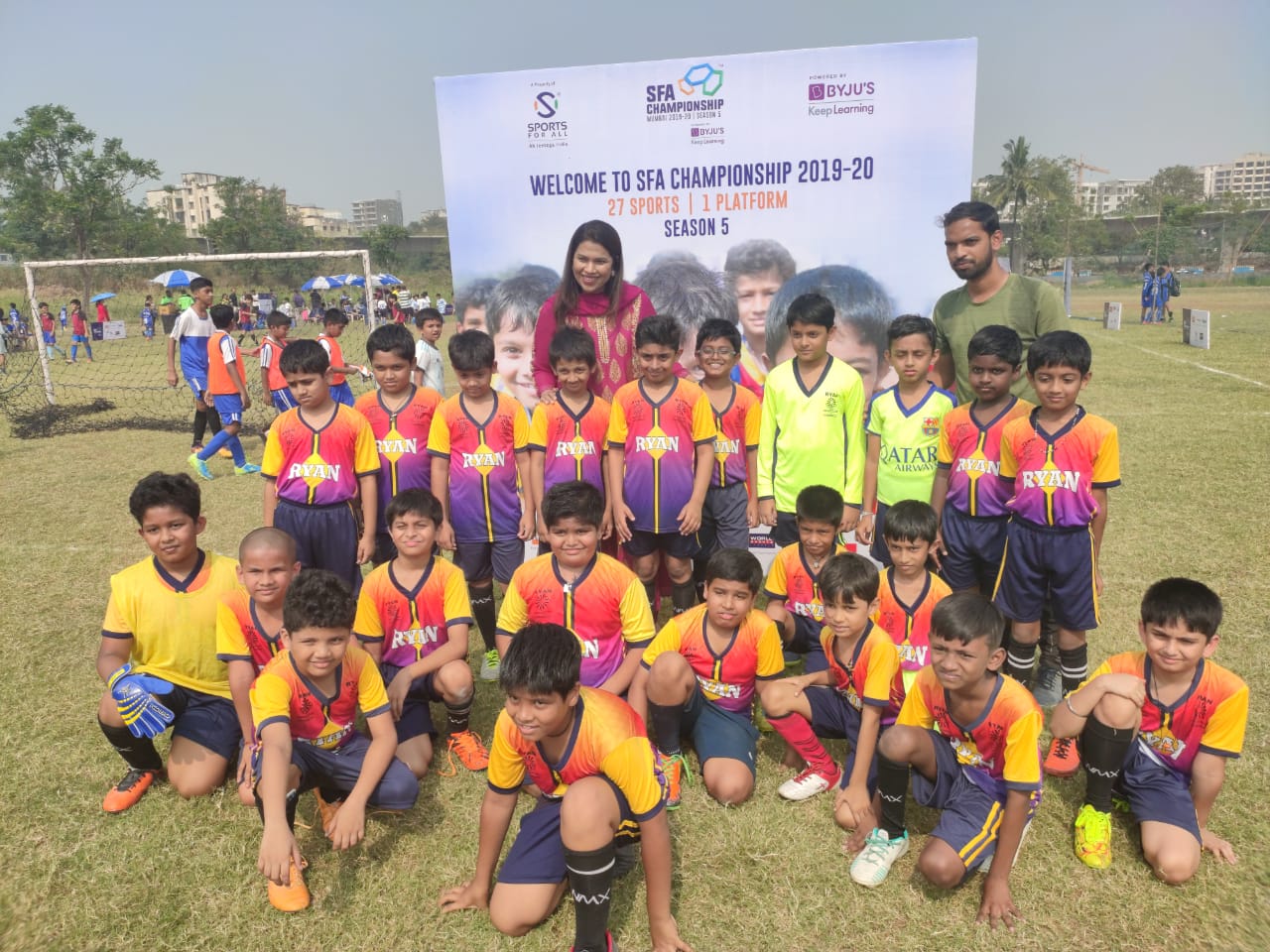 In the Boys’ Under-14 Football competition, it is Don Bosco (Nerul) and Ryan International (Sanpada) who are on a collision course for the finals after they got past their respective opponents in the semifinals today. Don Bosco annihilated BK Birla 7-0, while Ryan International edged past Utpal Sanghvi International 4-3 on penalties, after the teams were locked 2-2 post the regulation time.

In basketball Under-14 Boys’ event, Baradevi Upper Primary School thrashed Jamnabai Narsee School 23-2 to advance into the next round. Baradevi maintained their good run in the Girls’ Under-14 category as well; beating Goshala English Senior Secondary School 2-0 to cruise into the next round. Fatikma High School also had a great run beating Aditya Birla World Academy 20-2.