Gadkari Assures Full Help to MSMEs; declares six districts in Vidharbha to be made diesel free 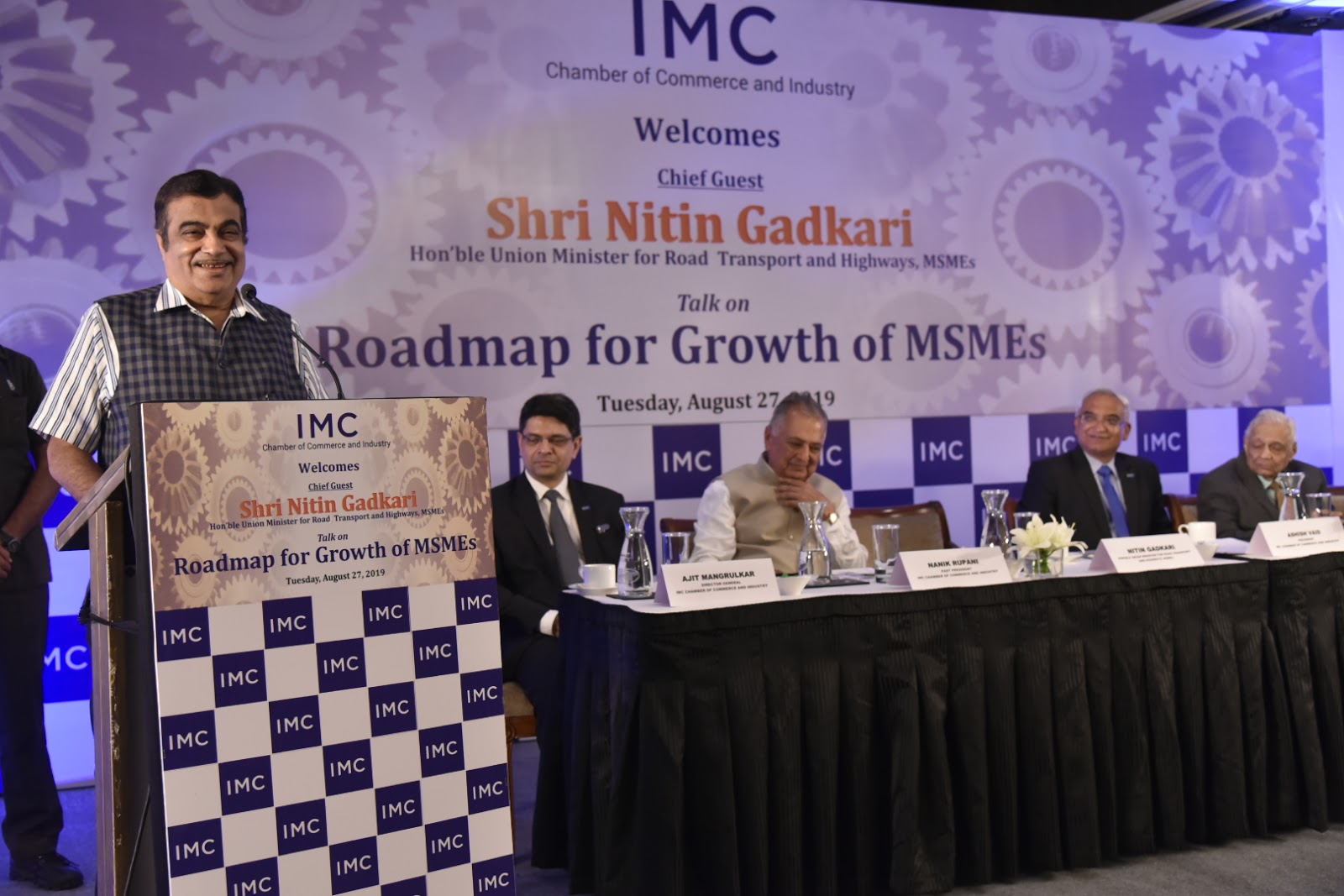 Speaking at an MSME ‘Roadmap for Growth’ event organised by the IMC Chamber of Commerce and Industry, Mr Nitin Gadkari declared that 6 districts of Vidharbha will be made diesel free within next two years. He said adoption of bio CNG, which is made out of waste water of the municipal corporation of Nagpur and being currently sold to the power plants nearby, will be used to drive municipal corporation buses and other vehicles. He said bio fuel made out of rice straw, baggasse, sugar ethanol  and the use of methane based fuel will help control vehicular pollution . This experiment is also being launched in NE to drive volvo buses.  If successful, this would reduce the dependence of the nation on oil to a large extent. He said the example of blending bio fuel to aviation fuel has been successfully tested in a Dehradun to Delhi flight.

He said the MSMEs are being given all support in their operations and financial requirements and the govt of India has signed  MoUs with KfW capital, ADB and the World Bank to draw credit lines to offer credit to MSMEs sector at a cheaper rate of about 6%. He said Khadi Gram Udyog, which scaled its revenue from 1000/- crs to 3200/- within past 5 years has been given a target to reach Rs 10,000/- by 2024. The sector has a potential to maximise employment in rural areas and also in the 115 specially identified tribal districts of the country. He said raw material is being made available at  rural sector and in innovative use of honey cultivation, solar charkhas, and  bamboo cultivation, for which Government has launched Bamboo Mission. He said Blue economy – in form of high speed trawlers is also being pushed to help fisherman catch better yielding fish and sea food. He said to compliment these efforts a “Bharat Craft Portal” is being planned to market the quality products of rural artisans and rural SMEs which have the potential to generate Rs 10 lakh crores of revenue.

The Minister promised full help to the MSMEs and appealed to them to list with the NSE’s MSME Platform which would open lot of opportunities for availing credit.

On the issue of delayed payments to the MSME suppliers, he said a legistation is being worked out for ensuring timely payments within 45 days.

He asked the industry to send their suggestions to  his minsitry which would be like to promote working relationship for effective dialogue for the benefit of the MSME sector. He appealed to IMC to set up a Centre in its Chamber, to aid, advise and handhold the MSME sector in meeting the financial  and marketing requirments in a professional manner.

Earlier welcoming the Minsiter, Mr Ashish Vaid, President, IMC Chamber of Commerce and Industry, appreciated the efforts of the minister in developing and connecting road and road transport sector through high speed and high quality national highways. He made special mention of the Bharat Mala initiative under which 28 KMs of roads  are being built daily. He requested the Minisiter to kindly look into the problems of MSMEs in raising finance, marketing of their products  and in EODB so that the MSME sector could contribute in the nations economy in a big manner.

About IMC: Set up in 1907, IMC is an apex Chamber of trade & commerce with headquarter in Mumbai. It has about 2700 direct members, comprising a cross section of the business community, including public and private limited companies and over 215 trade and industry associations through which the Chamber reaches out to over 2,50,000 business establishments in the country. IMC is the first Chamber in India to get ISO 9002-2000 certification which has since been upgraded to ISO 9001: 2008. IMC is the only business Chamber in India where, the Father of the Nation, Mahatma Gandhi, was associated as an honorary member.