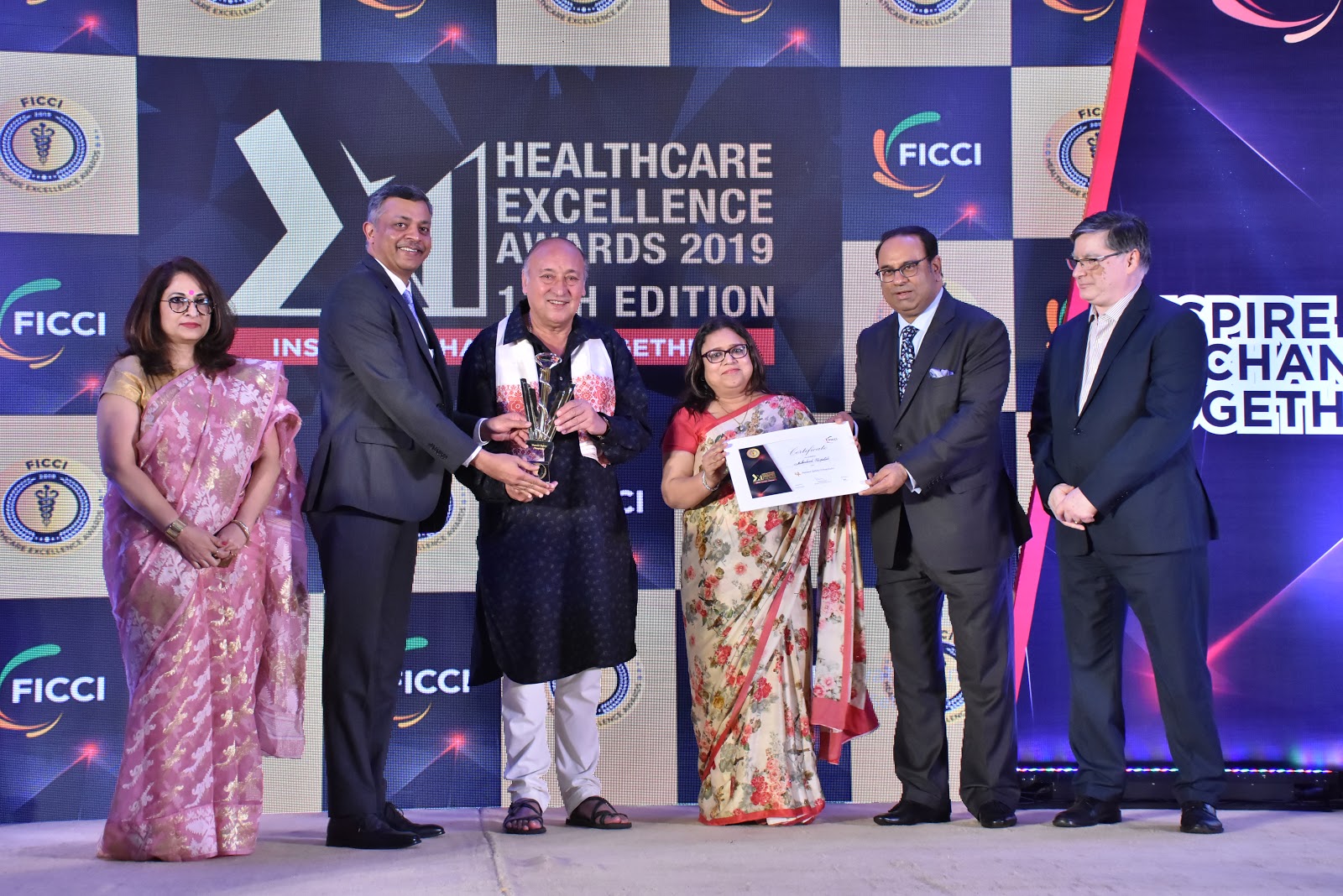 Aug, 2019: Motherhood Women & Children’s Hospital which has network of 12 hospitals in India has won the FICCI Healthcare Excellence Award for Best Patient Care. The award was conferred upon the company for projects and initiatives taken by its hospitals for creating a measurable impact in improving patient care particularly in the area of neonatal care.
The FICCI Healthcare Excellence Awards was conceptualised in 2009, to felicitate organizations and individuals for their contributions to the industry. The awards have emerged as the definitive recognition for contribution to healthcare in the country over the years based on Innovation, Impact and Sustainability & Scalability which forms the three criteria for evaluation.
Speaking on the felicitation, Mr. Vijayrathna Venkatraman, CEO, Motherhood Hospitals said, “This award is a recognition of our efforts to ensure patient safety across all our facilities. It reiterates the commitment and incredible team work by our Neonatology Team to provide excellent care to every newborn. We are committed to deliver the best care to our patients in the women and children’s speciality “
The esteemed jury nominated Motherhood for their Neonatology Patient Safety Initiative. Nearly 0.75 million newborns don’t survive every year in India, the highest for any country in the world. Most of the Neonatal deaths happen in semi urban areas due to lack of good neonatal intensive care units which are backed by highly competent neonatologists and nursing services. Keeping this in mind, Motherhood Hospitals started “NICU on Wheels” where the clinical team reaches remotest of places to resuscitate premature or sick new born babies and transport them to the Motherhood Hospital for advance care. As a part of this initiative the Neonatology team also conducts Advance Neonatal Resuscitation Training Program for doctors and nurses in semi urban and rural areas to enable them to handle such babies till the time NICU on Wheels reaches the location to transport the baby to Motherhood centres. This initiative has saved the lives of many new borns.
This award category saw nominations from other providers like Apollo & Ruby Hall Hospitals.
About Motherhood Hospitals: Motherhood Hospitals is a leading women & children’s hospital, dedicated to the health and well-being of women and children. Their comprehensive & personalized care in obstetrics, gynecology, fertility, neonatology, pediatrics, fetal medicine, and radiology, makes it the preferred healthcare choice for every women & child. The pediatric care provides high-quality care to newborns and children, including a 24-hour pediatric emergency service. Their woman care vertical offers expertise in various women health areas like breast health, high-risk pregnancy, laparoscopic surgery & general gynecology.