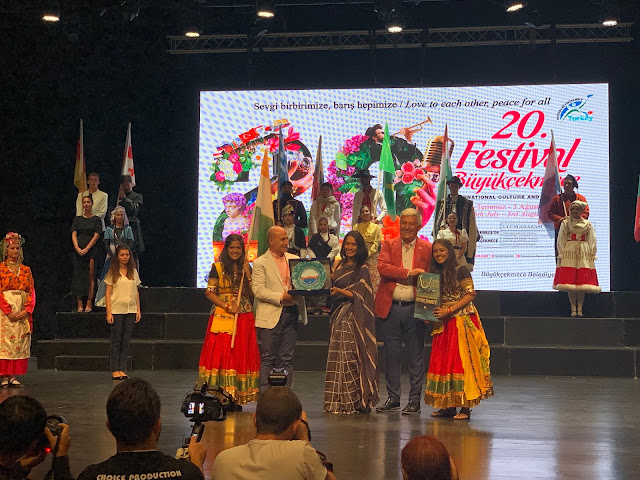 Mumbai : Indian Folk Dance received its due glory when famous choreographer Ms.Vaishali Sagar won an international dance competition in Istanbul and made the country proud. Ms.Vaishali Sagar has done her masters in Indian Folk Dance under the guidance of Guru Rooma Banerjee and Shri Prashant Baflekar. Currently she is running Kalanjay Dance Academy which has a strength of 900 students. She also represents India at the FIDAF (federation of international dance festival) based in South Korea and has won various accolades for India in biggest folk dance competition in Asia ''The Cheonan International Dance Festival''.Vaishali has also represented India in various international folk dance festivals based in Italy, Austria, Turkey, Greece, Germany, Bulgaria and Czech Repulic. 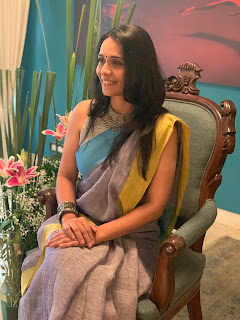 Vaishali Sagar when asked about the achievement said, “Dance for many is a hobby, but to me it has been a passion, a never ending zeal that drives me and gives me ultimate happiness. It was an exhilarating moment when Indian folk dance was recognized with the winning trophy at the Istanbul Dance Competition, it always gives you immense pride when your hard work is recognized. My sole aim is now to get Indian folk dance highlighted and recognized at various other International platform”. Bollywood Superstar  Hrtithik Roshan says "Folk Dancing is something which is very close to my heart and by wining this festival, Vaishali has made me so proud and i'am so happy to say that shes the torch bearer of taking our very own folk dance to different places in the world".  Renowned Film Director , Producer Vidhu Vinod Chopra known for movies like 3 Idiots, sanju, Munnabhai MBBS, Parineeta etc. when asked about Ms. Vaishali Sagar said “ I saw Vaishali Sagar’s performance by chance at St. Andrew’s, the performance was world class and the fact that she and team won an international dance competition in Istanbul. She has brought honour to India and made the nation proud.She is a lady who completely personifies the quote that if a person is talented and capable thcess automatically follows 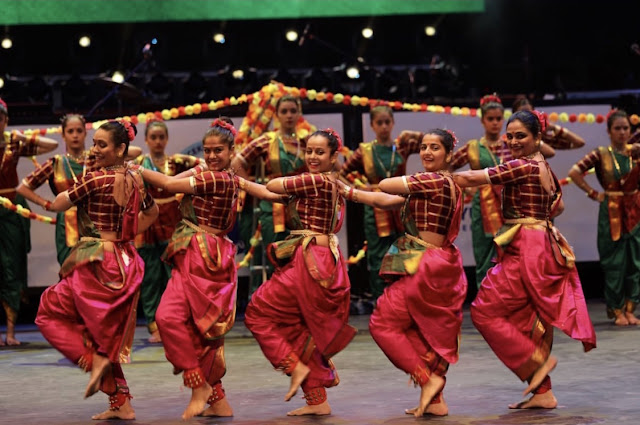 Sussane Khan who is a renowned figure said “ It gives me immense pleasure to congratulate Ms. Vaishali Sagar who has taken this amazing  initiative for Indian folk dance and has taken it to another level, she won the jury award in an international competition in Istanbul.As a parent wed encourage our kids to learn all form of dance forms and Vaishali is a person who is keeping alive Indian heritage and culture through imparting the future generation folk dance of India.”

Actress Poonam Dhillon adds  "I have known Vaishali for many years and seen her grow and accomplish this amazing achievement in the field of folk dance, many years ago my daughter also learned folk dance from Vaishali and shes undoubtedly one of the best teachers of folk dance in India today". Vaishali Sagar holds a Masters in Indian Folk Dancing. Apart from teaching students at her academy “Kalanjay” she also participates in various international festivals, and has represented India in the Federation of International Dance Festivals as well. And with that, Vaishali balances her ambitions and future as a dancer, along with sustaining and garnering honor for Indian folk dance itself.