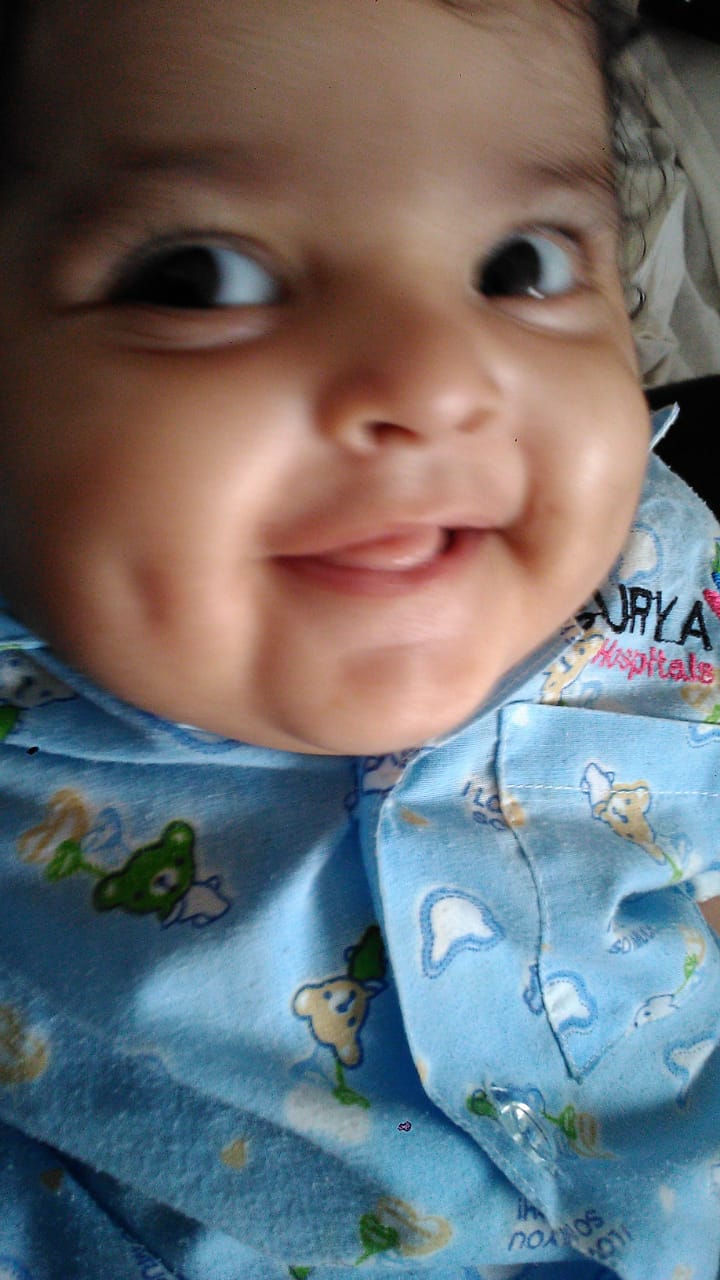 by Priya jadhav
·         Fetal Medicine Centre successfully managed  high-risk pregnancy with RH Incompatibility with intravascular Transfusion
·         World over there are only a few reported cases of intravascular transfusions done as early as 18 weeks
Mumbai, August, 2019 :Thirty Two year Rupali Rohit Gurav, who has now a 2 year old hail and hearty Baby Girl is married from past 12 years, had a awful and very painful time due to recurrent pregnancy losses. She had first living child followed by 8 early trimester abortions, one ectopic pregnancy, one neonatal death and one in-utero fetal death with hydrops. She was recently pregnant for the 13th time. The family did not want to take any further risks and finally she was referred to the Fetal Medicine Centre at Surya Hospital.
At the Fetal Medicine Centre, her detailed medical and surgical history was evaluated and the patient was found to have an Rh-negative blood group while the husband's blood group was Rh-positive. The major challenge was that in most of her previous pregnancies she was not given anti-d injection, in spite of her being Rh negative with Rh positive father for prevention of Rh isoimmunisation. She was found to be isoimmunised with Rh antibodies in her circulation. Since the fetus was expected to be Rh positive, the maternal Rh antibodies in the patient would cross the placenta and enter the fetal circulation to destroy the fetal red blood cells thereby causing fetal anemia and subsequent fetal cardiac failure leading to hydrops (generalized fluid accumulation in the body), which happened in her last pregnancy. In the 12th pregnancy, she had an intrauterine fetal demise at 6 months with the baby being severely hydropic.
The fetal medicine centre at Surya Hospital (Surya Fetal medicine centre (SFMC)), which comprises of a team of highly trained fetal medicine specialists, obstetrician- gynaecologist, clinical geneticist and neonatology took up the challenge. As the Hospital offers a comprehensive service throughout the pregnancy in the diagnosis and management of all fetal complications in-utero, it successfully managed high-risk pregnancy of Rupali. With diabetes, RH incompatibility and anaemia management, along with a series of intravascular transfusions, the baby was successfully delivered. The infant required respiratory support for six weeks. Infants’ weight at discharge was 2.35 kg and found to be appropriate for age. Post-discharge, the infant was followed up every 3 months for development, hearing and vision and was found to be normal.
“Since Rupali had multiple issues to be sorted out a plan of management was charted. It was decided to manage her in our fetal-maternal medicine unit with NICU back up when necessary. First-trimester screening for assessment of genetic disorders along with uterine artery blood supply was done. Since she was on low dose heparin and aspirin (both blood thinners) and a well-controlled diabetic diet first part of her pregnancy was uneventful. So we had at least won the first half of the battle of 8 previous first trimester losses. But much work was still to be done,” Dr Vandana Bansal, Director,  Department of  Fetal Medicine, Surya Hospital. 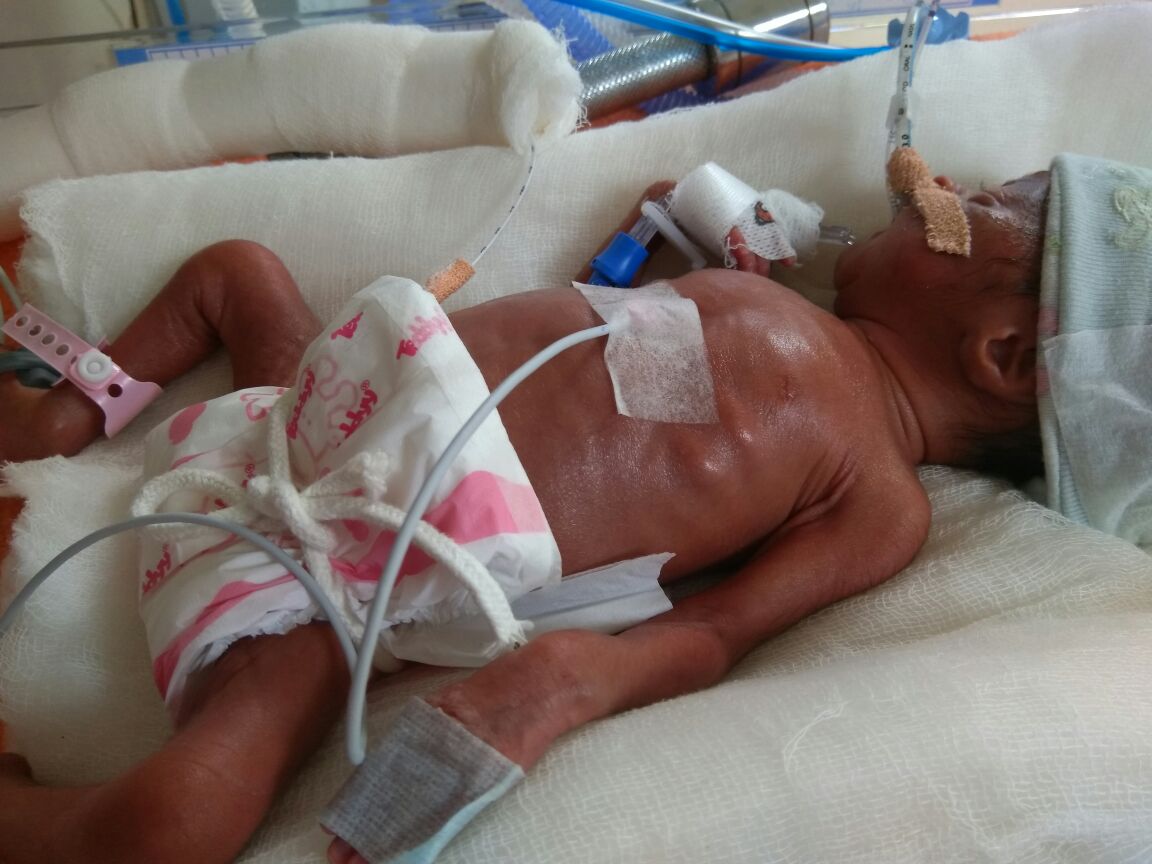 “Unique problem now was that the fetus had become anaemic too soon at 18 weeks and it was too small, with the vessels in which blood was to be transfused, very delicate and thin. World over there are only a few reported cases of intravascular transfusions done as early as 18 weeks,” she added.
According to the expert, to reduce the volume transfused to such a small fetus, doubly packed, highly concentrated blood was utilized. The haemoglobin of the fetus before the transfusion was only 3gm% which after transfusion of 65 ml improved to 14gm%.
“We expected the blood haemoglobin to fall subsequently as the antibodies in the mother would continue its destruction as long as the fetus was inutero. So the fetus was monitored with colour Doppler interrogation of the brain vessels for worsening anaemia every 2-3 weeks. Since the need for the first transfusion started very early we expected at least 5-6 intrauterine transfusions till we reach near term. The mother underwent 3 intrauterine transfusions, till she went into spontaneous labour at 29 weeks of gestation. Post transfusion, with haemoglobin at 22gm%, she delivered a female child weighing 1.2kg which was shifted to the neonatal intensive care unit for further management,” Dr Vandana explained. 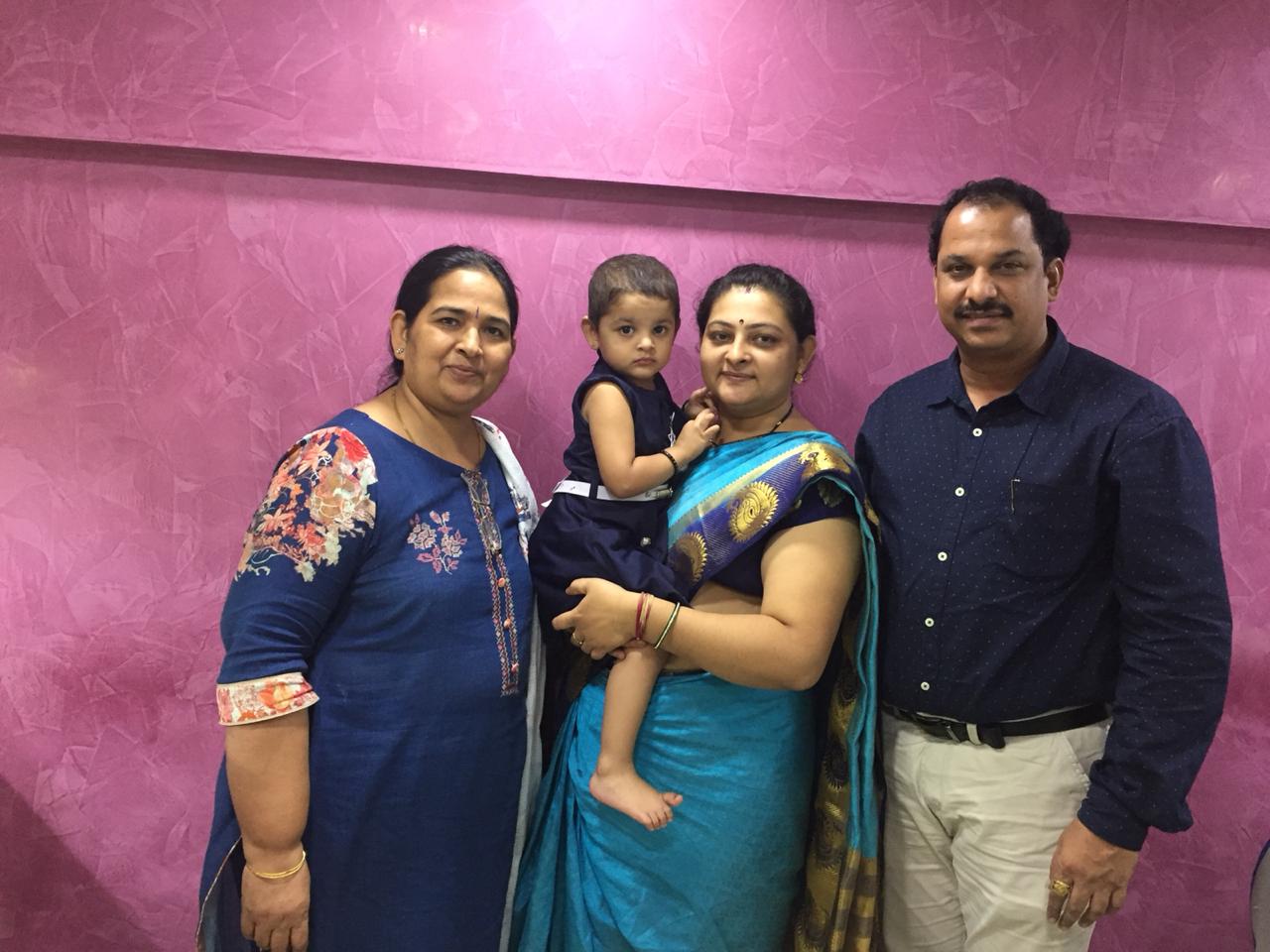 The Fetal Medicine Centre is equipped with three exclusive state-of-art high-resolution 4D ultrasound machines (Voluson E10, E8). This centre aims to enhance pregnancy care by utilizing ultrasound facility to evaluate the fetus in-utero, monitor its well being and growth and treat the unborn, thus optimizing the overall outcome for the mother and neonate. With more than 3000 ultrasound examinations done per year, it is one of the very few centres in the country performing the largest in utero fetal interventional procedures.
Surya Hospitals admits 900 babies annually, of which about 150-200 are in of need assisted mechanical ventilation. The overall survival rate is 97%. The unit has successfully looked after premature baby as small as 22 weeks and as tiny as 400 grams. The Hospital has successfully looked after over 30,000 high risk and sick newborns.