Amitabh Bachchan Makes His Marathi Film Debut; The First Poster Of His Film 'AB Aani CD' Is Out Now! 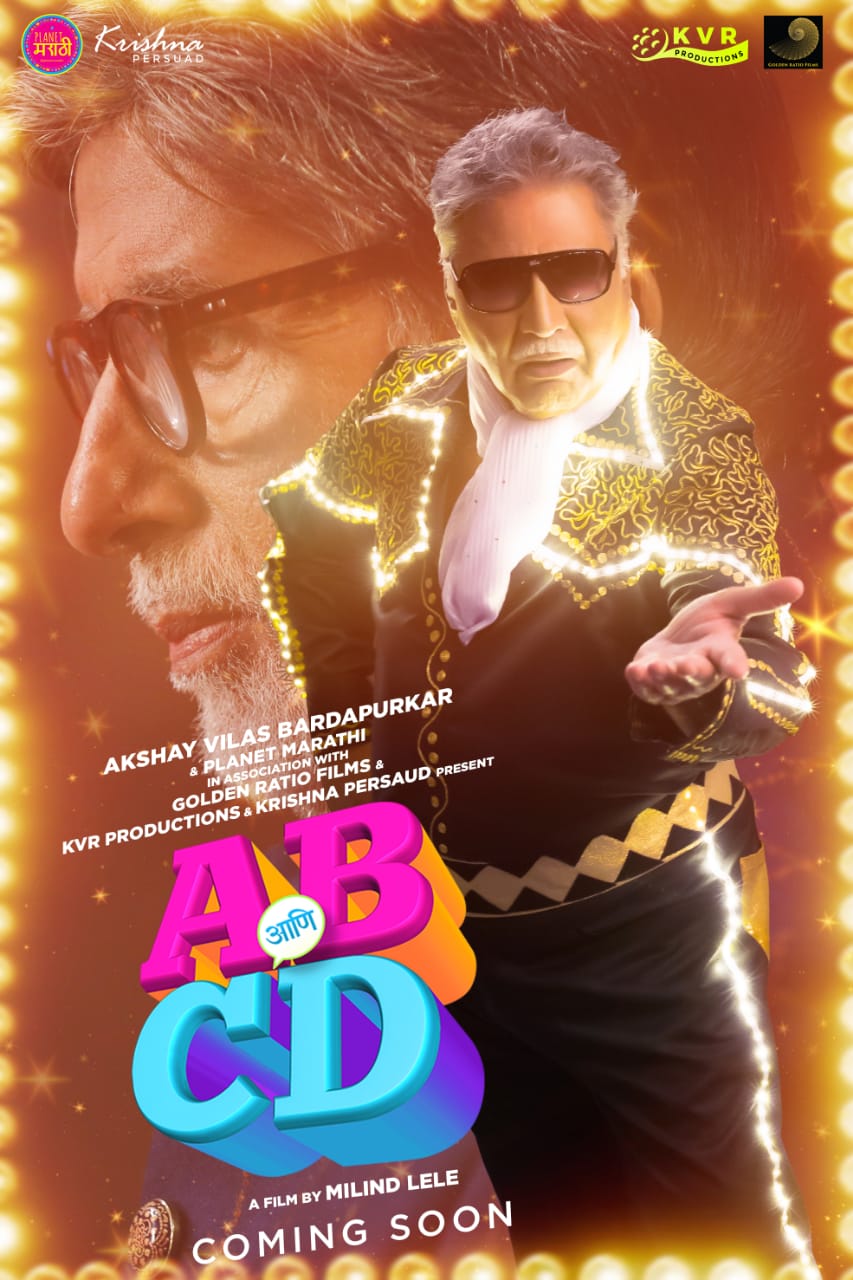 
Marathi cinema always comes up with new ideas and stories for its beloved audience's entertainment. As an audience, everyone loves new experiences and likes some novelty in the story. Lord Ganesha has arrived and now people are excited to see a glimpse of Big B Amitabh Bachchan’s first-ever Marathi movie. Amitabh Bachchan will be entering the Marathi industry with the movie 'AB and CD' and recently the shoot of the movie has just finished. Hence there is a lot excitement to know more about this movie.

On the occasion of the Ganeshotsav, the first poster of the Akshay Vilas Bardapurkar and Planet Marathi produced and Milind Lele directed film 'Ab and CD' was presented to the Lalbaug cha Raja. Producer Akshay Bardapurkar, director Milind Lele, Golden Ratio’s Kunal Verma and actress Sayali Sanjeev were present at this poster launch. This event marks the journey of the film 'AB and CD' towards reaching the audience. The audience will get a glimpse of the movie very soon.

The film showcases the bond of friendship between Amitabh Bachchan and Vikram Gokhale. Amitabh will be in the lead role with Vikram Gokhale playing as his friend. Strikingly the film's poster features Vikram Gokhale in the same get-up as seen in Amitabhji's famous song ‘Saara Jamana’ from film 'Yaraana'. This makes us more excited to watch this friendship in the upcoming film.

'AB and CD' is coming soon to meet the audience in the nearest theatres.