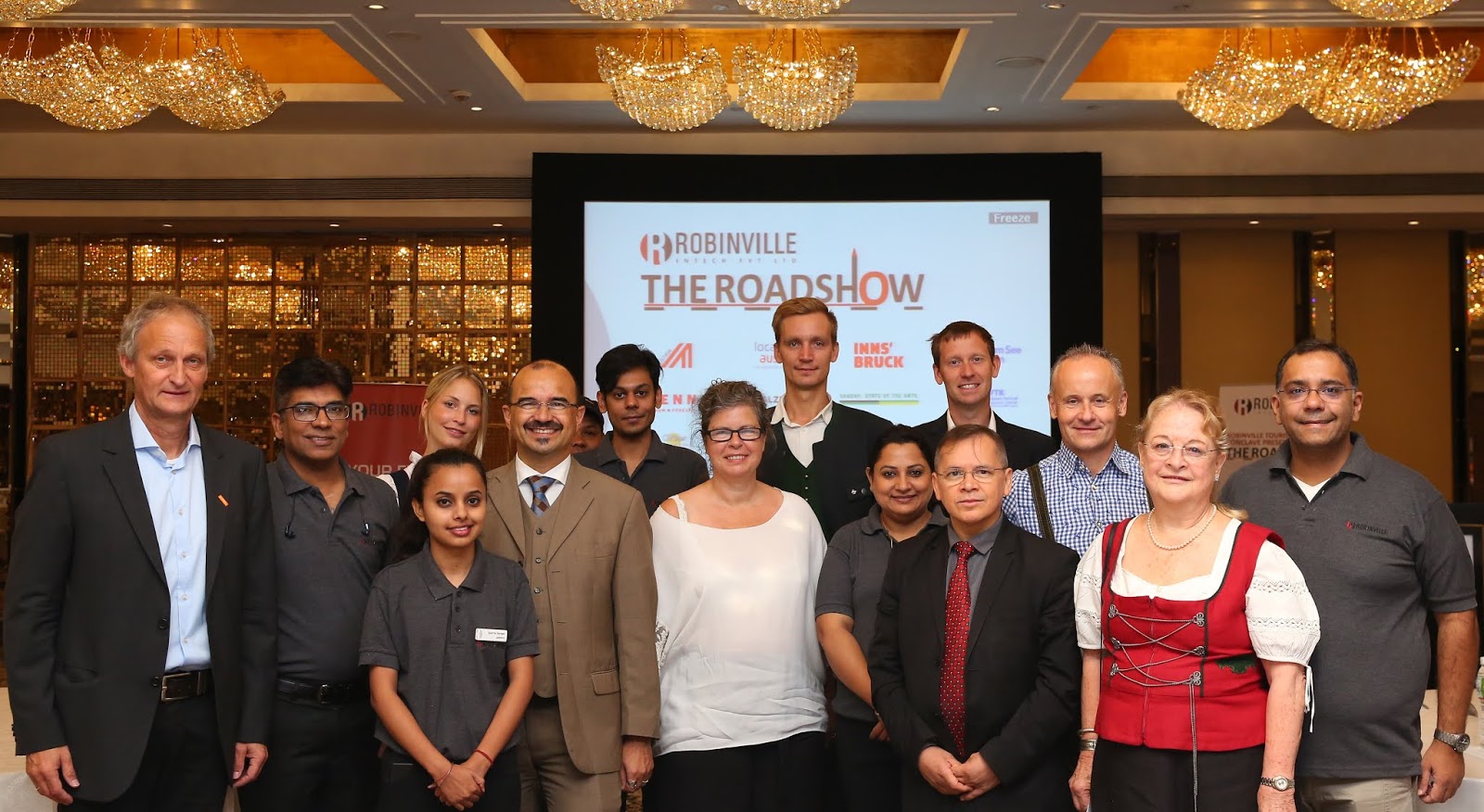 The 2019 Roadshow – is the first version of the roadshow, which spanned across three Major cities across India – Mumbai, Jaipur & Delhi. Unlike many Roadshows, Robinville offers Indian Agents and Operators the opportunity to sit down one on one with our European Partners & identify synergetic opportunities, which then translate into profit. Uniting various fraternities, the event witnessed participation from Travel, Film, Media and several other industries and witnessed a footfall of over 300 participants.

Robinville’s European partners were here to present their destinations, hotels & attractions to encourage the Indian outbound travelers and production houses to visit Central and Eastern Europe, with an emphasis on Austria, Hungary and Germany.  Uniting various fraternities, the event witnessed participation from Travel, Film, Media and several other industries. Robinville had provided its Tourism, Hotels & Attraction partners the opportunity to thoroughly network with key clients throughout their three-city tour – Mumbai, Jaipur & Delhi.

Every single participant deemed the event a complete success and couldn’t be happier with their decision to participate, which is why we believe that the Robinville Roadshow is the right platform for Indian Travel Agents, Tour Operators & Film Producers to deepen relationships with Tourism Bodies, Hotels, Sightseeing Attractions and several different Companies across Central and Eastern Europe.

“Since our 2009 representation of Austrian businesses, tourism interests’ have soared in India, however, the most significant game changer was the emergence of the Indian Film Industry & Indian Productions in Austria in a noticeable way. Additionally, through our cross border relationships we have been able to strengthen the ties between India and Austria, but we have been instrumental in significantly increasing Indian overnights by over 100% across the last 4 years”, said Ishvinder Maddh, Managing Director & Producer Robinville Intech at the event. 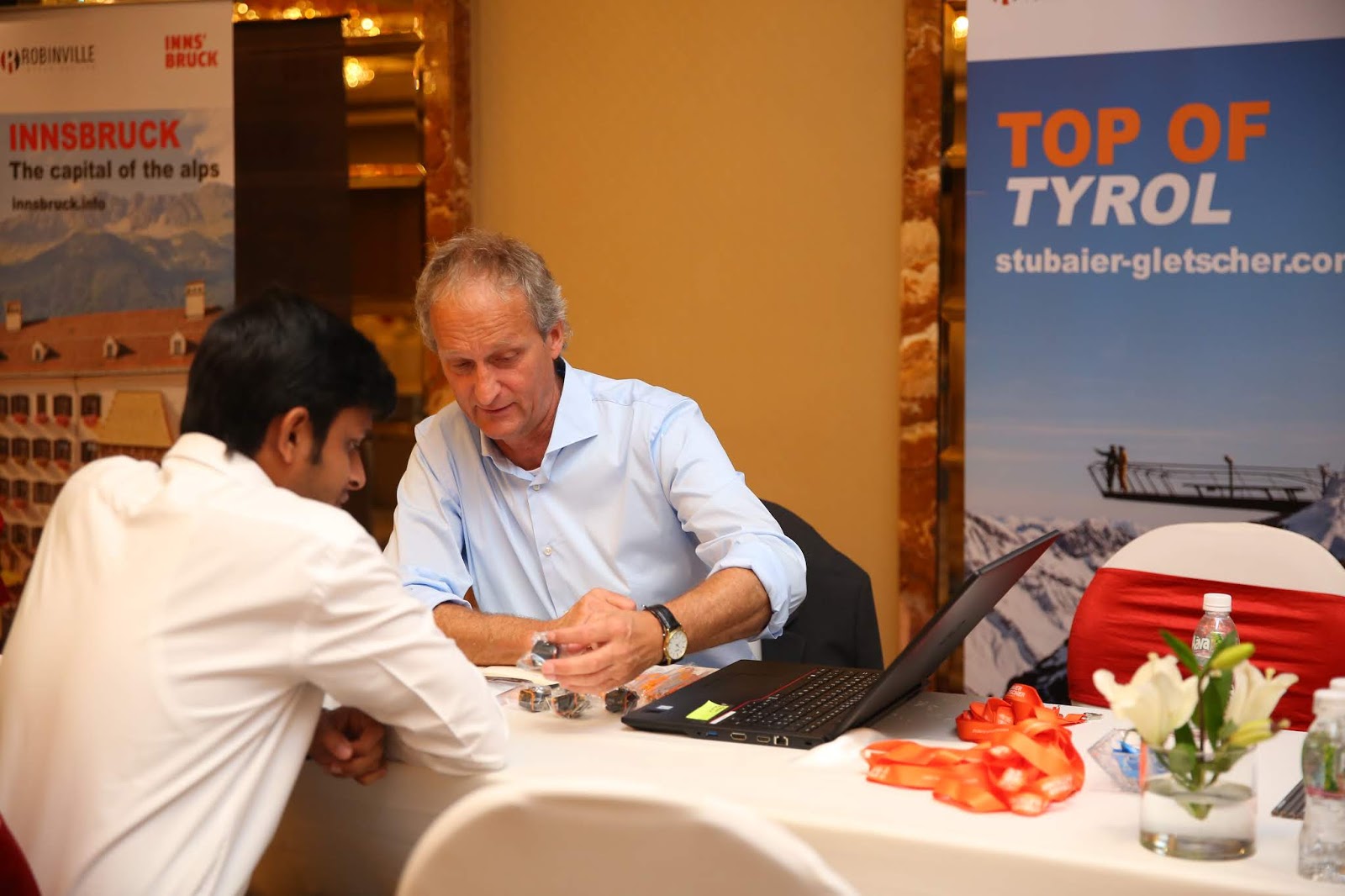 Additionally, UV Creations in partnership with Robinville Intech & Creative Creatures, spearheaded by Producer Dr. Ursula Kepplinger-Forcher, recently produced two songs from Saaho in Innsbruck, Tirol, Austria. Famed choreographer, Vaibhavi Merchant, shot the songs and she chose some of the most picturesque and idyllic locations across Austria. Director Sujeeth was so impressed by the locations, he chose to film one of the key scenes at the House of Music and Hofburg Palace in Innsbruck. Lead actor of Saaho, Prabhas said, “Shooting in Innsbruck and Tirol region of Austria, was one of the most incredibly awesome experiences I have ever had”.

UV Creations’ Producer of Saaho, Mr. Pramod Uppalapati also mentioned, “looking at the still from our shots across the Innsbruck and Tirol region, it seems as though the locations seamlessly inculcate with the picturesque scenes of our high-octane action thriller”. Furthermore, he went on to say “the shooting locations in Austria were the most spectacular ones where we managed to capture some breathtaking shots for our film”.

Moreover, Robinville also hosted two networking screenings for the recently released, biggest blockbuster of 2019, Saaho, in Delhi and Mumbai. Post this they had also hosted a Dinner at the Commercial Section of the Austrian Embassy. Both of these events were attended by the Ambassador of Austria to India, H.E. Brigitte Öppinger-Walchshofer along with key members of the travel - trade and film industry.

Robinville is the right partner for Central and Eastern Europe with regards to travel, trade and productions and to know more about the Robinville Roadshow or about our partners please email us at info@robinville.in or visit us as www.robinville.in or call us at +91-11-41607665 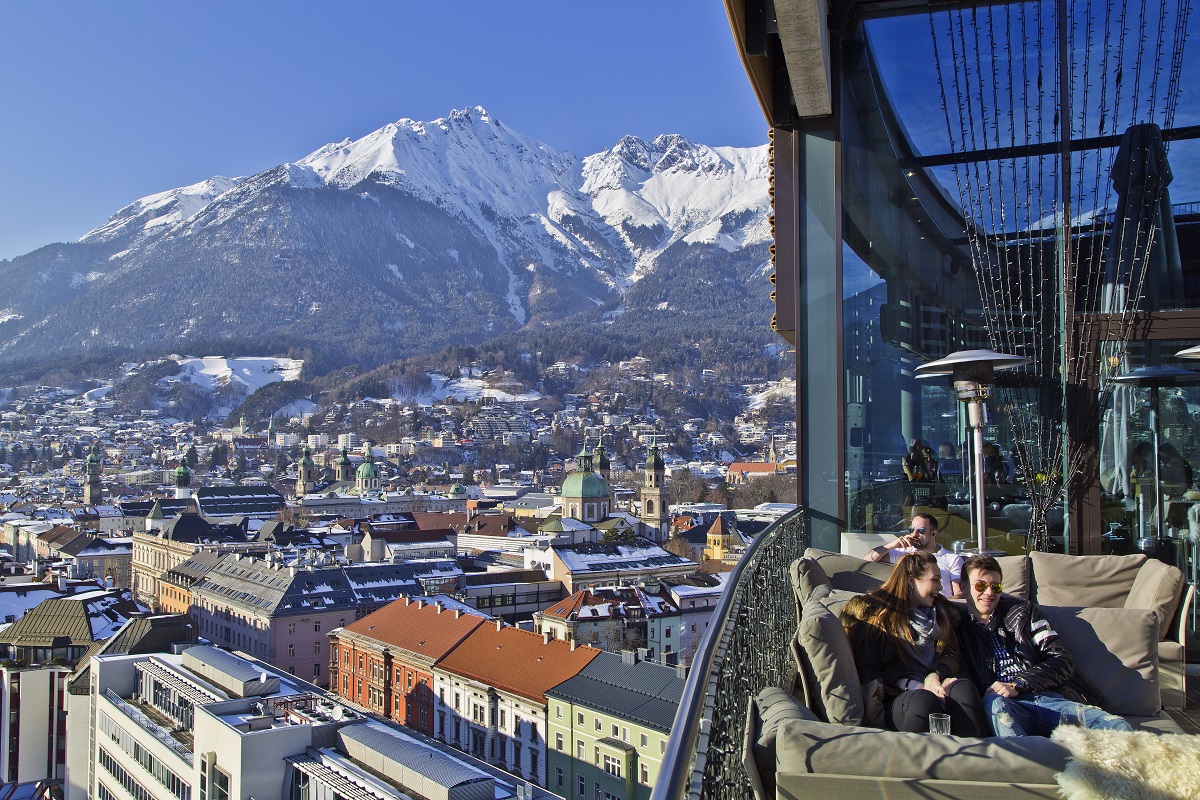 Innsbruck Tourism is the organization responsible for marketing of the region of Innsbruck, which includes the city itself, the nearby villages, the Plateau of Mieming and the Sellrain valley. Innsbruck Tourism promotes the region's USP, which is the symbiosis of alpine, urban and imperial elements, in collaboration with tour operators, travel agencies, journalists and representatives of different media.

About Top of Innsbruck - Nordkette 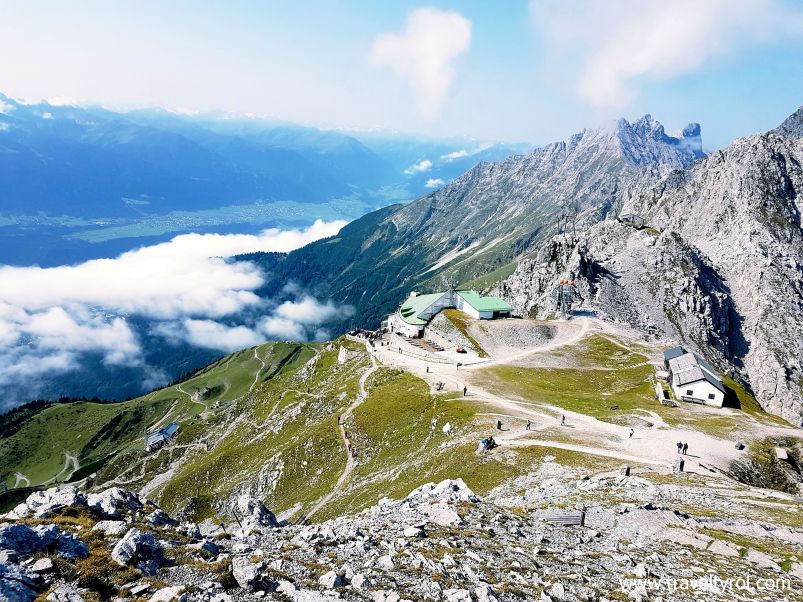 The mountain at the heart of Innsbruck, the Nordkette is part of Austria’s largest nature park, the Karwendel Nature Park, and can be reached directly from Innsbruck city centre in just a few minutes! The breathtaking 360° view leaves a lasting impression, with the capital of the Alps on one side and Tyrol’s most extensive conservation area on the other.

About Top of Tyrol - Stubaier Glacier

The Stubai Glacier, Austria’s largest glacial ski resort is just a 45-minute drive from Tyrolean capital Innsbruck. The Kingdom of Snow can be quickly reached from the Valley Station using the modern gondola. The Ice Grotto offers fascinating insights into the world of glaciers, and the TOP OF TYROL summit platform offers breathtaking views. Snow is guaranteed from September until June thanks to the glacier’s location at 3,000 metres above sea level.

aDLERS also categorized as the celebrity hotel overlooks the city with the mountains in sight. The alpine-urban essence, which makes Innsbruck so incomparable, presents itself from the most spectacular perspective at the aDLERS. As their guest experience the rocky sights of Tyrol, whilst having the entire city of Innsbruck at your feet. Nowhere else will you be able to escape your everyday life faster and, above all, in a more stylish manner than in Innsbruck's highest (situated) comfort zone. Come and see for yourself!

About Zell Am See - Kaprun Tourism

Unforgettable holiday moments between Zell am See-Kaprun, in the heart of the Austrian Alps, is a nature and holiday paradise par excellence. All kinds of holiday wishes come true at the base of the 3,203-metre high Kitzsteinhorn Top of Salzburg and around the crystal-clear Lake Zell at the edge of the Hohe Tauern National Park. 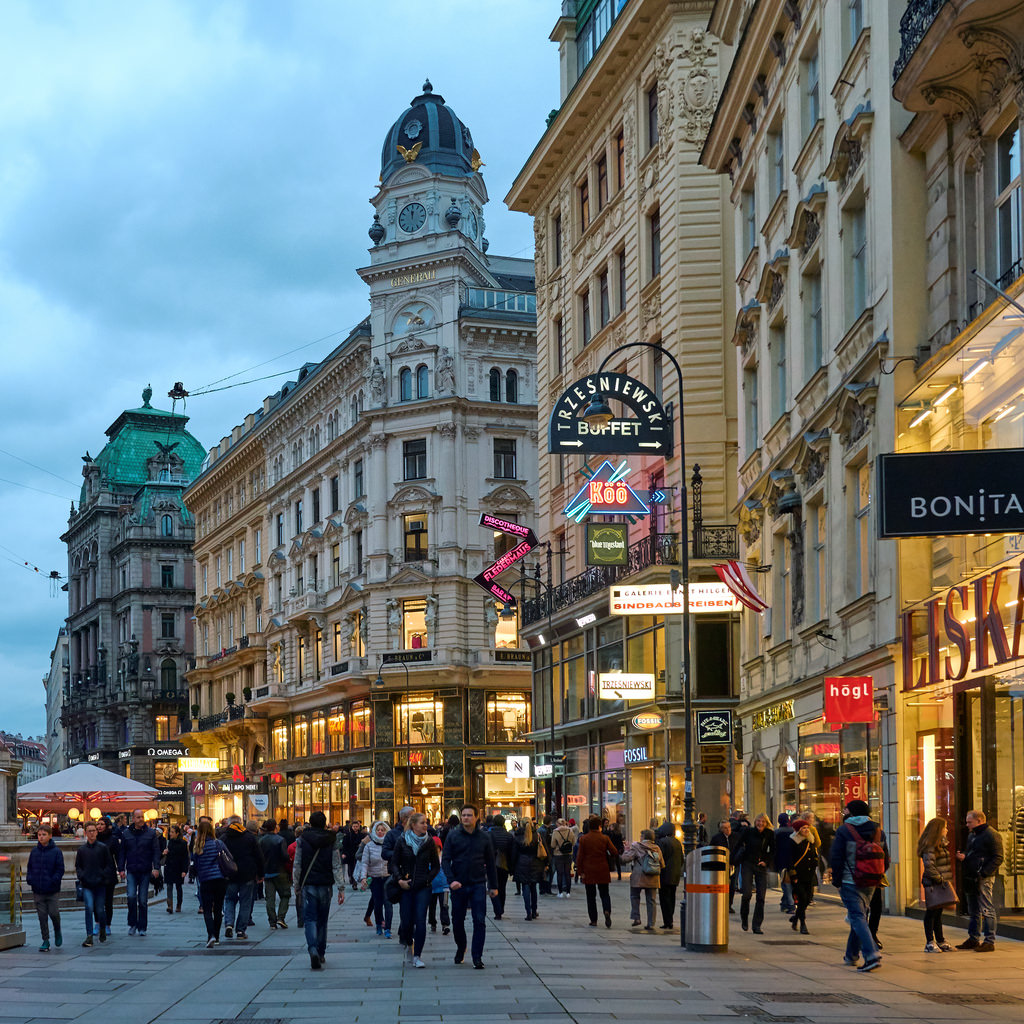 Vienna begs for a lengthy visit—but a short stay can make for a perfectly tantalizing introduction to the city’s charms. Austria’s capital has established itself as a true epicenter of art and culture, its imperial traditions mingling happily with a vibrant cultural scene. Vienna owes its universal appeal to that seamless blend of nostalgia and leading edge innovation. For the second year in a row Vienna has been cast as the most livable city in the world 2019. 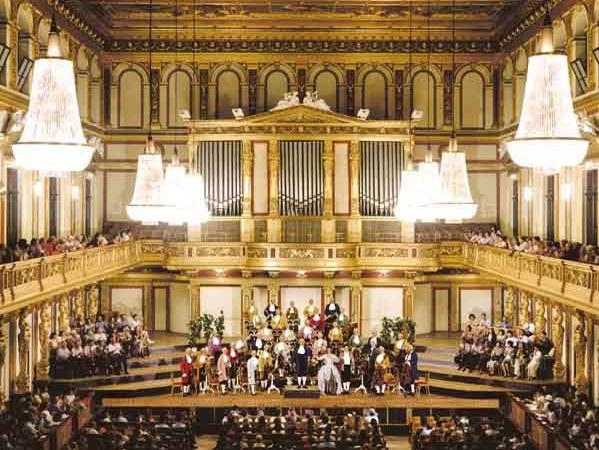 The Vienna MOZART Concerts in period costumes are the regular programs during the spring and summer seasons at Vienna's music landmarks: Musikverein's Golden Hall and Brahms Hall and the Vienna State Opera. The artists - 30 members of the Vienna Mozart Orchestra, guest conductors, two opera singers and soloists - perform in period costumes and wigs selections out of the best known compositions by Wolfgang Amadeus Mozart (Salzburg 1756 - Vienna 1791).

About Harry’s Home Hotels
Their concept perfectly matches the growing trend of customisation by providing the flexibility to make ones stay feel as comfortable as being at home. They are true to their motto: create your stay. Homemade is what makes a house a home over time. They achieve this with their breakfast and their familial atmosphere. The functional surroundings in combination with many additional options at ones disposal offer you maximum freedom – a stay, which matches your needs.

The touristik run by Salzburg AG guarantees unique experiences in Salzburg and the Salzkammergut region. With the FestungsBahn funicular and MönchsbergAufzug lift, you will see Salzburg City at its most beautiful. Salzkammergut, WolfgangseeSchifffahrt and the SchafbergBahn promise unforgettable scenery, on water and on land. 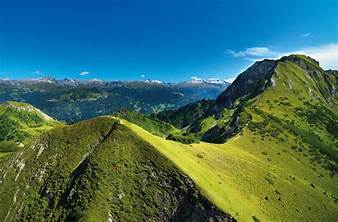 About McArthur Glen Designer Outlets
They are the leading owner, developer and manager of designer outlets in Europe. Their ever-expanding portfolio of 24 shopping centres close to major cities in nine countries across Europe and Canada. As the pioneer of designer outlet retailing in Europe, they continue to shape the concept of destination shopping for their local communities and their international visitors. With their single-minded focus on their customers, they build beautifully crafted shopping environments, with contemporary dining and entertainment offerings for familial experiences. 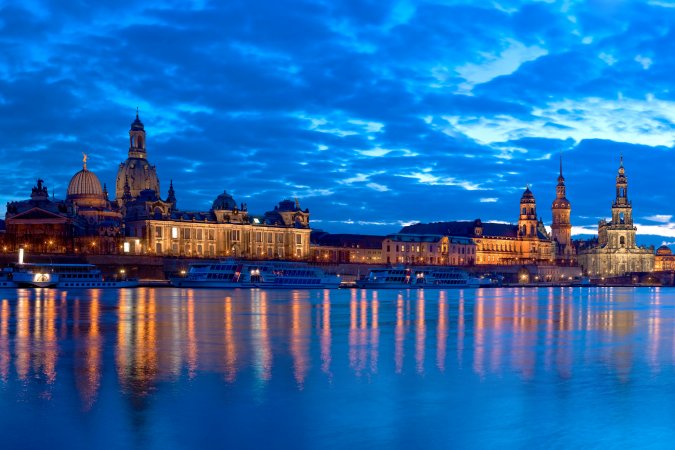 Saxony has many connections with India. Tagore was published in Leipzig, visited the royal court in Dresden many times and traveled the region. Bose’s “Free India Legion” was trained in Königsbrück near Dresden and he visited his troops during World War II. Visitors from India can also enjoy the “Court of Aurangzeb”, a faithful recreation of the great mogul’s birthday party as a miniature panorama made from gold, silver and precious stones only. Additionally, the Dresden Green, the largest green diamond in the World hails from India and visitors have a chance to view the diamond in the Green Vault in all its glory. 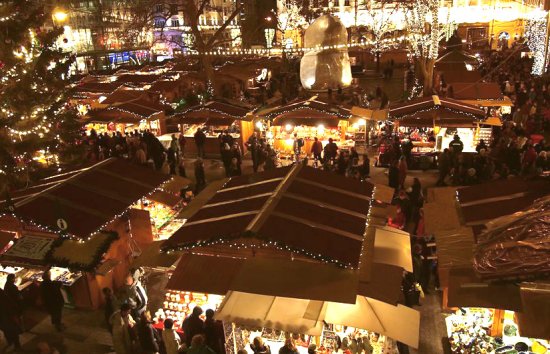 Budapest’s official organization for tourism, culture and the marketing of both sectors, the BFTK helps to encourage a positive view of Budapest and promotes tourism and culture by positioning the capital of Hungary as a prominent cultural and tourist destination and by developing valuable cultural content.