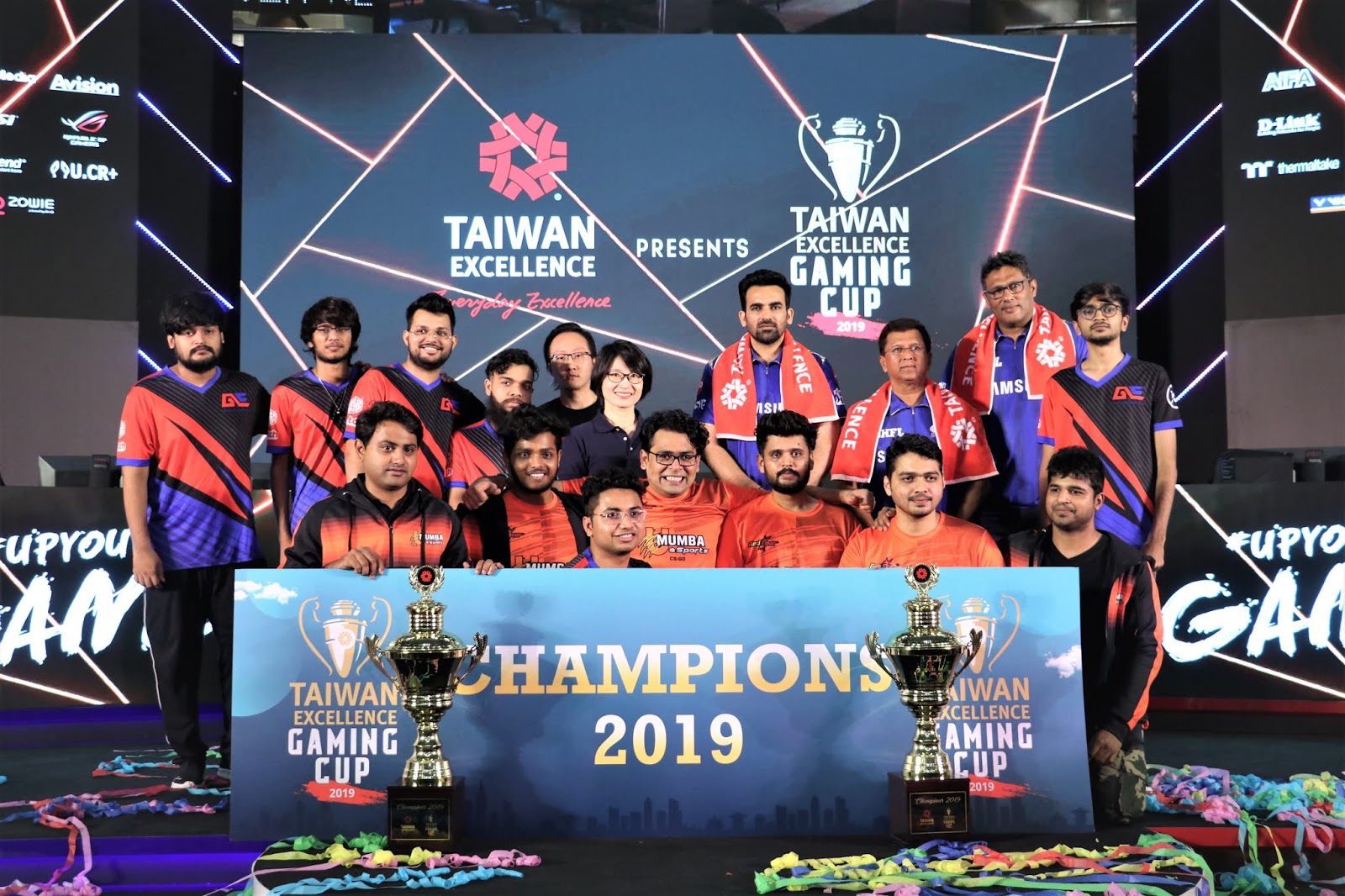 This year, TEGC invites cricket legends to mentor
young gamers as India’s most loved sport lends
encouraging support to country’s fastest growing
sport
by Priya jadhav
Mumbai, September: The 6th edition of the Taiwan Excellence Gaming Cup’s (TEGC) grand finale received a stupendous response from participants and audience alike. Professional gamers from across the country converged in Mumbai to battle it out at India’s most prestigious eSports championship on 27th & 28th Sept. at Infiniti Mall, Malad (W), Mumbai. Organized by the Taiwan External Trade Development Council (TAITRA) and Taiwan’s Bureau of Foreign Trade (MOEA), TEGC is India’s longest running eSports championship.
Over the years, TEGC has grown to be extremely popular and has now become one of the most venerated competitive gaming tournaments in India. In fact, the overwhelming response it has received this year is testimony to how its popularity is growing each year. The first edition had seen only 565 participants, while in 2019, the number has grown to 6,136 participants.
This year’s edition featured a collection of games including PUBG Mobile, DOTA 2 and CS:GO. The elimination rounds for TEGC 2019 kicked off in June for the pan-India championship with an impressive line-up of cities including Hyderabad, Bangalore, Silchar, Kolkata, Pune and Mumbai.
This year, the participants and audience got an opportunity
to witness and get a first-hand experience of some of the best
technology from leading Taiwanese brands including AIFA,
AORUS, AVerMedia, Avision, D-Link, InWin, MSI, Predator,
ROG, Thermaltake, Tokuyo, Transcend, U.CR+, Victor, XPG,
Zowie, Zyxel, etc.
Additionally, ever since its inception, TEGC has been striving to work towards the overall development of gamers and the gaming industry in India and has also been providing ample encouragement to the vibrant community of gamers. Each year, TEGC introduces newer elements to its format to aid in the development of the gaming industry.
This year’s edition too included a unique initiative where India’s most loved sport lent exciting support to India’s fastest growing sport. To grace the grand finale, TEGC invited some of India’s biggest cricketing legends including Zaheer Khan, Kiran More and Abey Kuruvilla who are currently coaching the Mumbai Indians IPL team. These stalwarts were present at the event to interact with the young eSports athletes, mentor them in general and instill the values of true team spirit and sportsmanship in them. With the aim of offering gamers overall grooming towards pursuing eSports as a career, TEGC requested the stalwarts to interact with the young athletes who could learn from the knowledge and experience of the senior players. The cricket luminaries spoke to the gamers about how to stay focused and dedicated while working hard to achieve success in sports. 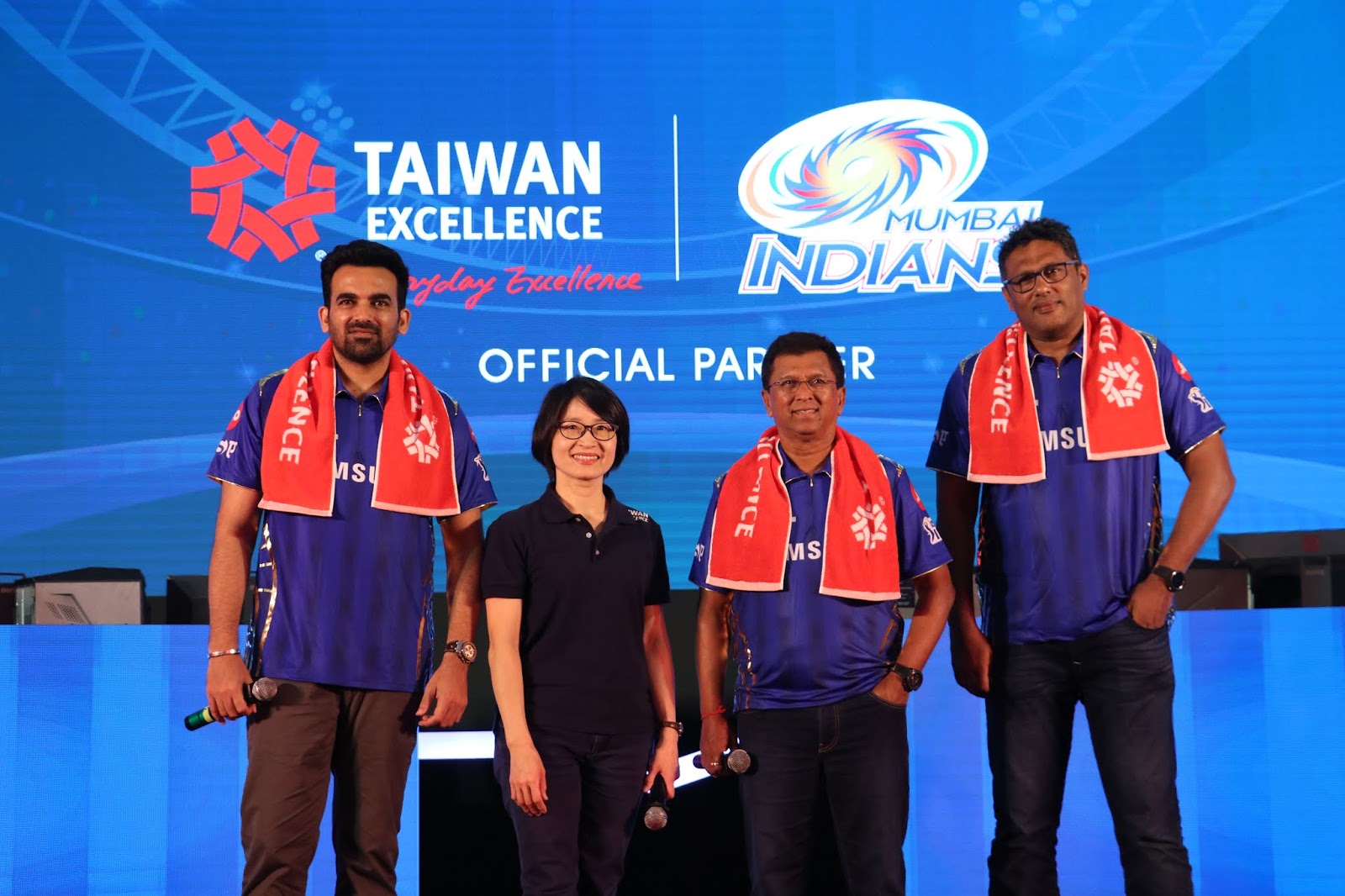 Speaking at the finale, Michelle Lin, Deputy Director of Strategic Marketing Department of TAITRA said, “TEGC has always focused on giving passionate gamers a chance to experience great gaming on some of the best and most innovative gaming products from Taiwan “TEGC is not just India’s longest running gaming championship, we are also one of the few properties who work towards the overall development of gamers and gaming industry in India. This year, we had amongst us cricket legends like Zaheer Khan, Kiran More and Abey Kuruvilla. They made the finale special with their energy and the way they encouraged the youngsters was amazing. We foresee that eSports will not only represent the spirit of Indian youth today but will also serve as a symbol of India and Taiwan moving forward together in the pursuit of innovation and competition. We always want to come back with a much bigger edition of TEGC each year and we wish to see same kind of enthusiasm from these passionate gamers and the audience.”
The total TEGC prize money of Rs 10 lakh was split among
the teams at the grand finale. The winning teams of
(CS:GO) U Mumba Esports and (DOTA 2)
Global Esports took home Rs. 2 lakh each, teams Blaze Esports (CS:GO) and Entity Gaming (DOTA 2)  won the second place with Rs. 1 lakh each, and teams JHS (CS:GO) & Whoops! (DOTA 2) and teams Iyati (CS:GO) & Wipeout (DOTA 2) winning the third and fourth place with Rs. 50,000 each. Finishing fifth, sixth, seventh and eighth place winners, teams Accuracy Gaming (CS:GO) & ROG Titans (DOTA 2), GoFigure (CS:GO) & U Mumba Esports (DOTA 2), OUTPERFORM (CS:GO) & Standin 5 (DOTA 2), Elements (CS:GO) &  Knockturnal Esports (DOTA 2) respectively, took home Rs. 25,000 each. Along with the cash prize, the winners also received some amazing tech goodies from TEGC’s sponsor brands.
Also, this year the winning team of CS:GO U Mumba Esports will be going on an all-expenses-paid trip to Taiwan to represent India in the Taiwan Excellence eSports championship held between the TEGC winners from Taiwan, Malaysia, Philippines and Thailand and also a shot at a prize of USD 2,000 and gifts from leading Taiwanese brands.
The eSports industry in India is booming at a rapid pace since the last few years. Pegged at Rs 5,540 crore (FY19), it is poised for high growth with a likely 22.1% CAGR taking it to Rs 11,880 crore by 2023, as per KPMG India. There is a large commercial opportunity for the players in the ecosystem and championships like TEGC are giving a major boost to the industry.

About Taiwan Excellence
Taiwan Excellence believes that innovation makes a difference in everyone's life.
Excellence means creative designs that we use every day on the street, at work, at home. It's the things we touch. It's the things that touch us.
Excellence means the technology that makes us healthy, keeps us moving, and gives our children a green tomorrow.
Excellence empowers people to dream amazing dreams, and live fuller lives.
It's the best made in Taiwan
It's the choice of innovation.
For everyone. Everywhere. Every moment. Every day.
Taiwan Excellence – Everyday Excellence
Sponsored by Bureau of Foreign Trade (BOFT),
MOEA: The Bureau of Foreign Trade (BOFT) under the Ministry of Economic Affairs (MOEA), R.O.C. is responsible for implementing policies and regulations governing foreign trade and economic cooperation. Established in January 1969, the BOFT's role has been adjusted regularly to meet the needs of the ever-changing international economic and trade environments. The BOFT has been guiding and working with the Taiwan External Trade Development Council (TAITRA) in numerous promotional trade projects and activities both internationally and domestically. Having worked closely with TAITRA for many decades, BOFT continues to commission TAITRA for various critical government projects relating to business, trade and investment, while promoting Taiwan internationally.
Organized by Taiwan External Trade Development Council (TAITRA): Founded in 1970 to help promote foreign trade, the Taiwan External Trade Development Council (TAITRA) is the foremost non-profit, semi-governmental trade promotion organization in Taiwan. Jointly sponsored by the government, industry associations, and several commercial organizations, TAITRA assists Taiwanese businesses and manufacturers to strengthen their international competitiveness and deal with the challenges they face in foreign markets. TAITRA boasts a well-coordinated trade promotion and information network of over 1,200 international marketing specialists stationed throughout its Taipei headquarters and 50 overseas offices worldwide. Together with its sister organizations, the Taiwan Trade Center (TTC) and the Taipei World Trade Center (TWTC), TAITRA has created a wealth of trade opportunities through effective promotion strategies.