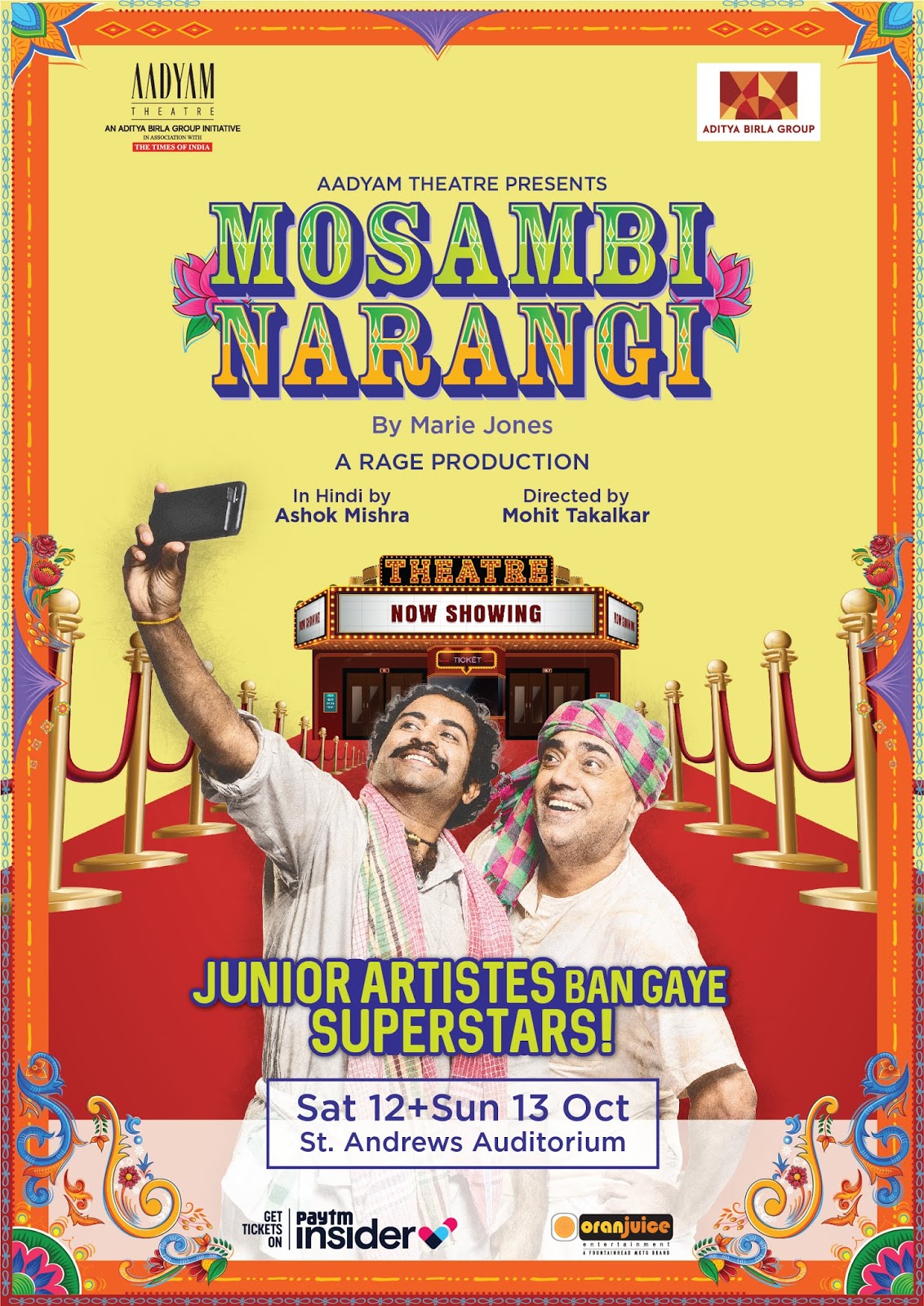 Mohit Takalkar Directs The Indian
Translation of the Irish
Play “Stones in His Pockets” for Aadyam
Season 5
by Priya Jadhav
Mumbai, 26th September 2019: What happens when two distinctive worlds collide? A small village in the Banaras Ghats is the location for a star-studded Bollywood Movie shoot. This sets the stage for Aadyam’s next play: ‘Mosambi Narangi’, translated from the award-winning Stones In His Pockets.
Award-winning theatre director Mohit Takalkar directs this one-of-a-kind play about hopes and broken dreams, complete with odd ball characters, witty humour and emotional turmoil.
A rural town nestled in the ghats of Banaras is turned upside down when a major Bollywood blockbuster, “Isaq Banaraswala” descends to shoot their movie on location there. Obsessed with the glitz and glamour of the movie industry, to be a part of an actual film with song and dance with the heroine, Sabrina, is like a dream-come-true for the townspeople. The play explores the trials and tribulations, the expectations and disappointments of Mosambi and Narangi who are chosen to be extras in the film. Narangi has just closed down his video shop and has great aspirations to get his own script made into a film. Mosambi has recently returned from Bombay and is enthralled by the beauty of the movie’s leading lady. As our two innocent protagonists struggle to understand the functioning of the Hindi film business, the make-believe glamour of Bollywood quickly fades away and the reality of being an extra kicks in. The disparities between ‘reel life’ and real life become apparent. This play will transport the audience to the chaotic world of Mosambi and Narangi and their tragically amusing journey.
Speaking about the process of this play, the director Mohit Takalkar said, "What starts off as a simple tale of simple people, Mosambi Narangi slowly shifts to become a poignant story of life, with multiple themes of aspiration, loss and exploitation. The writing is the star of this piece and is woven effectively and skillfully into the fabric of Indian life. Being a two-hander, the actors have to carry the play entirely on their shoulders, that too without any aid, relying solely on their bodies and voices. This makes it a theatrical wonder. This also means that the process has been exhausting and challenging. There is very little that I as a director have had to do here as the actors and writing are so much in sync." 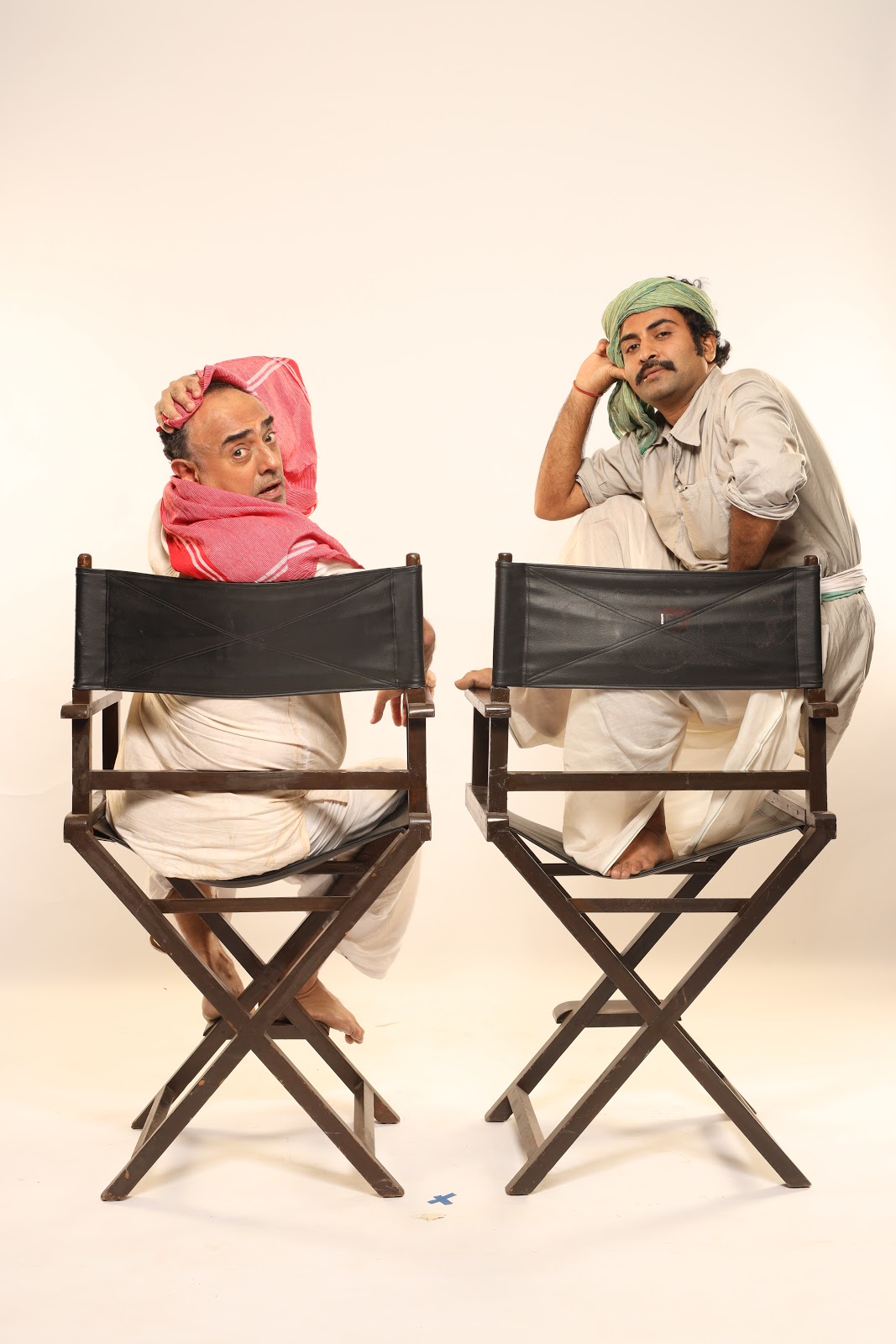 Shernaz Patel, Artistic Director and spokesperson for Aadyam said, "This is a play about Bollywood. It's also a play about underdogs... the ones we usually don't give a second glance to. The underdogs here are the junior artistes - standing five rows behind the hero. This is the story of two of them trying to be seen and heard through the maze that is a film shoot. It's a story that's funny yet tender, hilarious yet moving. It requires great directorial skill and two fabulous actors. Mosambi Narangi has it all. Come root for these two lovable characters as they navigate the chaotic, crazy world of Indian cinema." 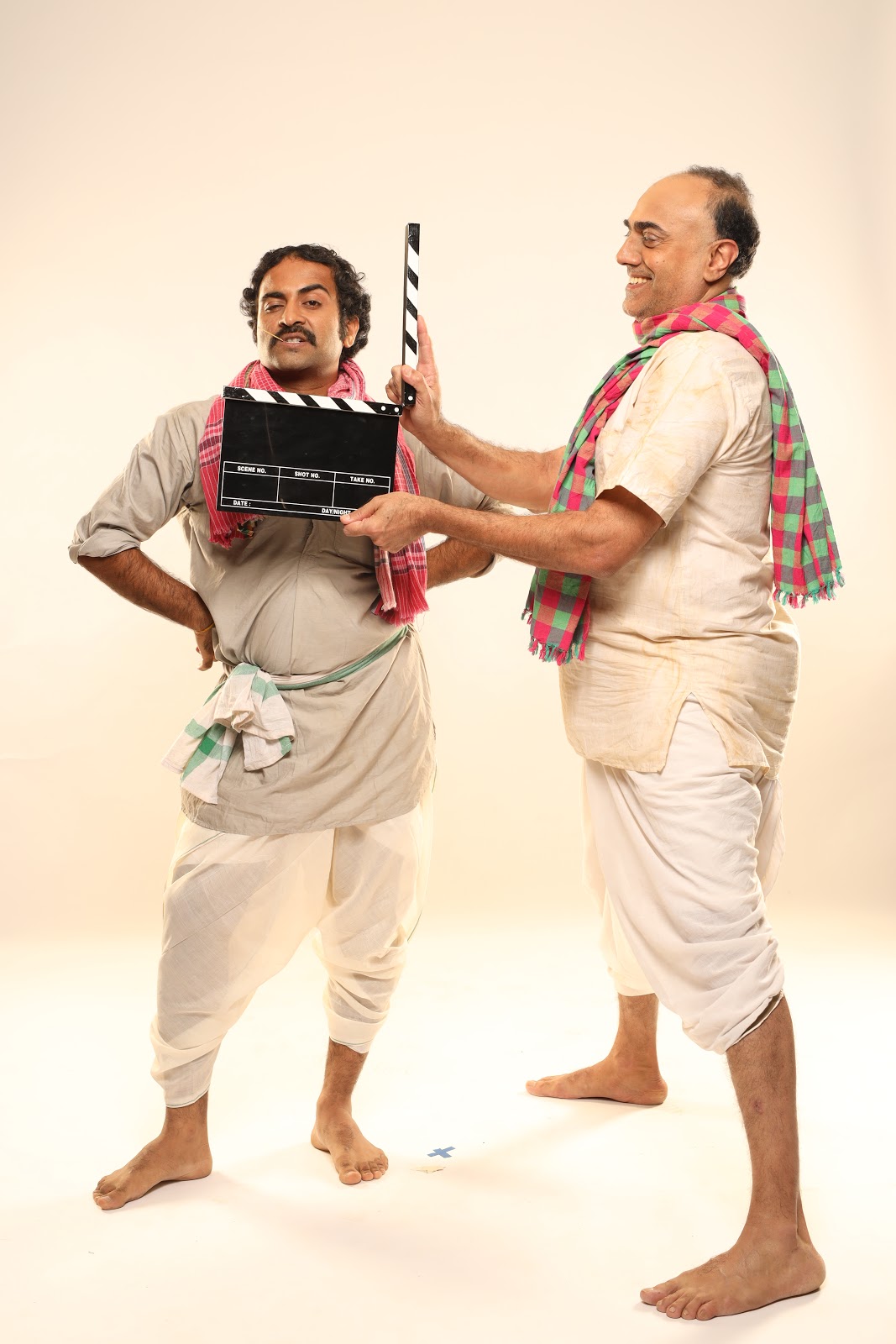