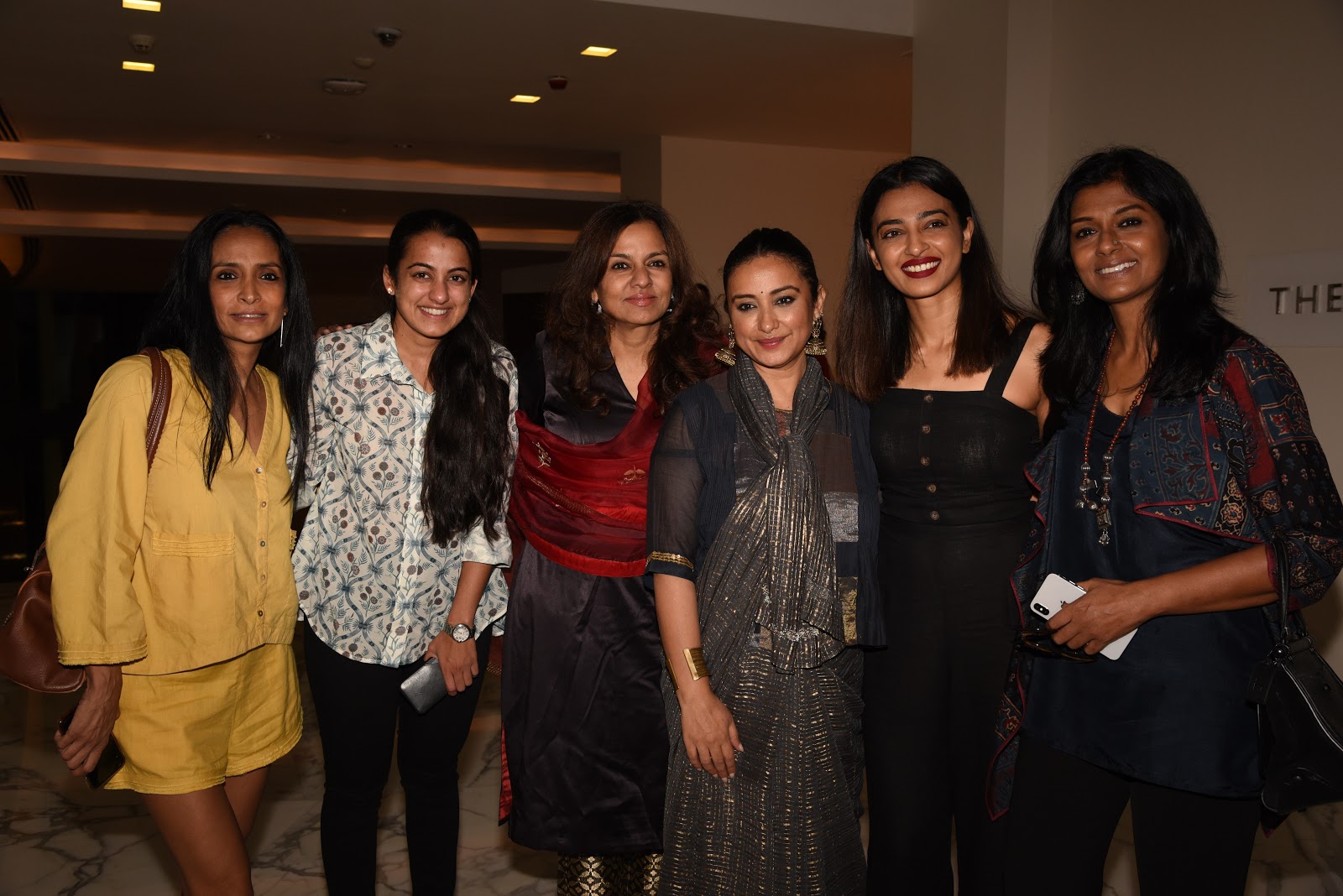 by Priya Jadhav
Mumbai, September 26, 2019: Celebrating a decade of Dark is Beautiful, a new campaign has been released – “India’s Got Colour”. A call for action is captured in a fun music video that intends to continue and amplify the conversation around inclusiveness and colour bias, specifically within the Indian context. Continuing to lend her name to the campaign against Anti-Colourism in India, Nandita Das joins hands with Mahesh Mathai, Ankur Tiwari and a slew of Indian actors to celebrate India’s Got Colour.
Joining hands with filmmaker Mahesh Mathai, music composer Ankur Tewari, and Sangita Jindal, Chairperson – JSW Foundation, Film Actor-Director Nandita Das, believes that words like 'dark' and 'beautiful’ do not need further reinforcement and hence the shift from ‘Dark is Beautiful’ to ‘India’s Got Colour’ which she believes better embodies the rich diversity of India.
The new PSA which was premiered this evening at the JSW Centre in Mumbai has the support of a number of artists who have embraced the issue. They and all the key crew members have volunteered their time, effort and voice to this campaign pro-bono. The music is composed by Ankur Tewari, who has penned the lyrics along with Nandita Das and the three young Mumbai rappers from Dharavi - Amogh Baine, Joshua known as MC Josh and  Huma Sayyed. The G5A Foundation for Contemporary Culture has also extended its support to this initiative.
Commenting on the launch of India’s Got Colour campaign, Nandita Das shared, 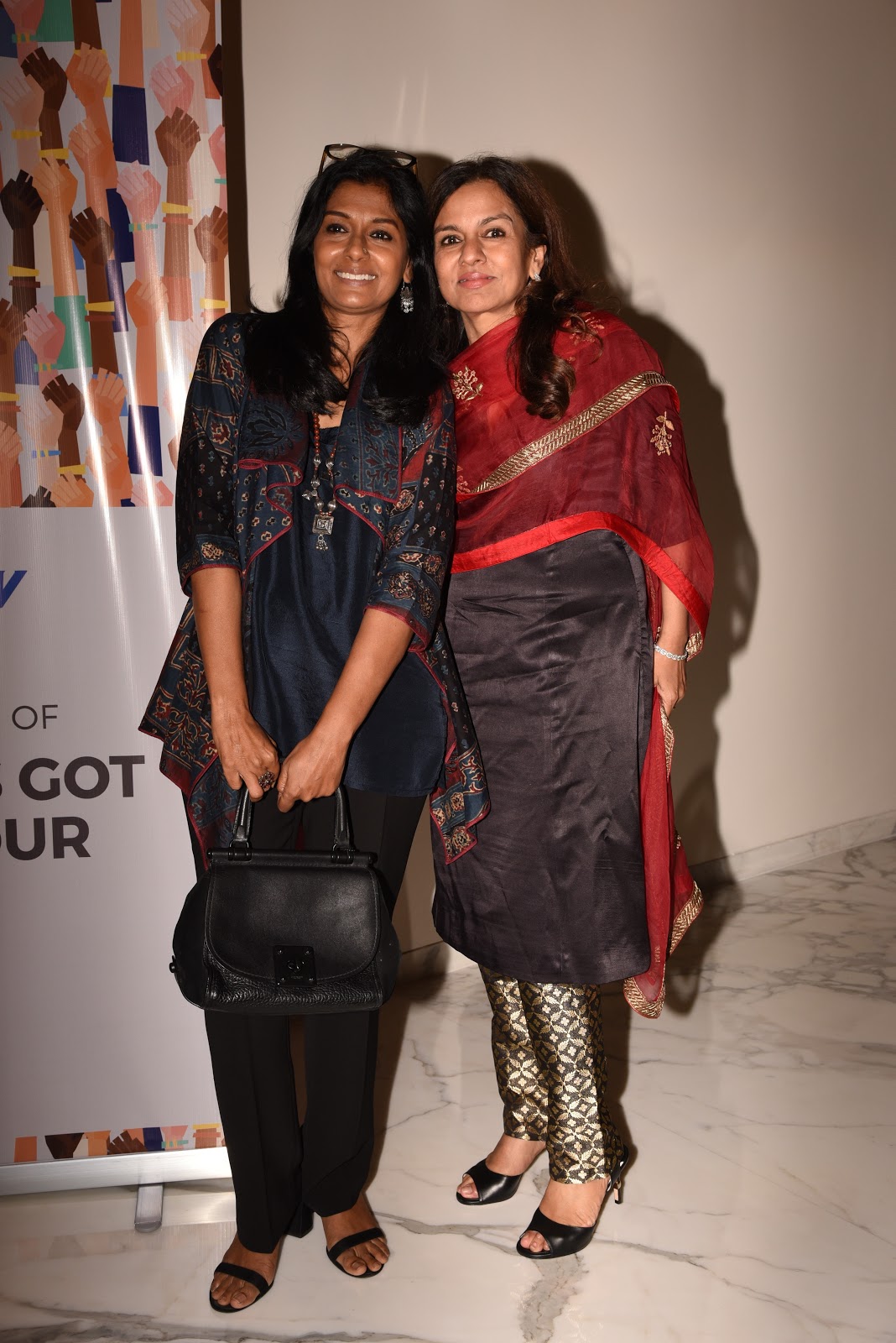 “I have been supporting the Dark Is Beautiful Campaign since 2013 and while we must combat the various forms of discrimination based on caste, religion, gender and sexual preference, the least we can do is to end the bias bases on skin colour. I felt it was time to reinvent the campaign and create a PSA that would be catchy and youth-friendly. It is our young minds who will change the public discourse around this issue and can make a tangible difference. The PSA intends to change the narrative to a more holistic celebration of the diversity. After all, we are more than 1.3 billion people and have that many shades of skin tones. " She adds, “I am grateful to all the actors and crew who lent their support with full commitment.”
Among the actors who participated in the PSA are Ratna Pathak Shah, Kanwaljit Singh, Gul Panag, Swara Bhaskar, Radhika Apte, Suchitra Pillai, Tillotama Shome, Tannishtha Chatterjee, Vikrant Massey, Shweta Tripathi and Ali Fazal, to name a few.
Co-Director of India’s Got Colour, a fellow campaigner for the cause, Filmmaker, Mahesh Mathai reiterated Ms. Das’ thoughts, “Colour bias is deep-rooted into our society and mindsets. It needs to be recognised and called out. India is a country of a fabulous variety of ethnicities, faiths and cultural diversity. We can be proud that India's Got Colour. Though we are doing this campaign on a shoestring budget, we also realize that our contribution to this cause faces formidable obstacles as the fairness cream industry spends crores and crores on its own marketing campaigns. We are grateful to Sangita Jindal and the JSW Group for agreeing to support the campaign and be its exclusive corporate sponsor as they too feel strongly about the issue.”
Music Composer, Ankur Tewari, added, “I have always been appalled by discrimination against skin bias. So when Mahesh and Nandita reached out, I immediately agreed. I have tried to create a fun and catchy foot-tapping song that I hope will have a major impact on social media and help reset perceptions and start a dialogue amongst the youth.”
With the campaign receiving support from the JSW Group, Mrs. Sangita Jindal, Chairperson – JSW Foundation showed appreciation for all the effort and cause and was voluble in her support saying, “As countries, economies and organizations progress, many Indian women are taking roles of leadership & significant prominence across the globe. She is confident in her shade of colour and wears it with pride. This confidence stems from what they know, and how they feel about themselves as women. Through our association with Nandita Das and India’s Got Colour, we celebrate diversity as a critical need for progress and development.”
India’s Got Colour is an extension of the Dark is Beautiful Campaign that was launched in 2009 by Women of Worth (WOW), the objective of the campaign was to challenge the belief that the value and beauty of Indian women is determined by the fairness of their skin. This belief—shaped by societal attitudes and reinforced by media messages—is corroding the self-worth of countless girls and women in this country, but also across the world.  The campaign aimed to instigate and inspire change in traditional attitudes, perceptions and definitions of beauty.  And while it would appear that skin colour is an issue that affects women, the campaign has also drawn a strong response from men.
“Amidst a global craze for fairness products and careless advertising, we aim to educate and empower consumers to make wise choices. From the start, our objective has been to combat gender discrimination and have been working towards the empowerment and safety of women,” concluded Kavitha Emmanuel, Founder of WOW
Link: https://www.youtube.com/watch?v=f_LlWPEvJOY
About JSW Group: The US$ 14 billion JSW Group played a key role in India's growth story. Ranked among India's top business houses, JSW's innovative and sustainable forays into the core sectors of Steel, Energy, Cement & Infrastructure are helping build a new nation. The Group continues to strive for excellence with its strengths, differentiated product mix, state-of-the-art technology, excellence in execution and focus on sustainability. With a diverse workforce of over 40,000 people, JSW continues to strive for excellence with its strengths, which comprises its differentiated product mix, state-of-the-art technology, excellence in execution and focus on sustainability.