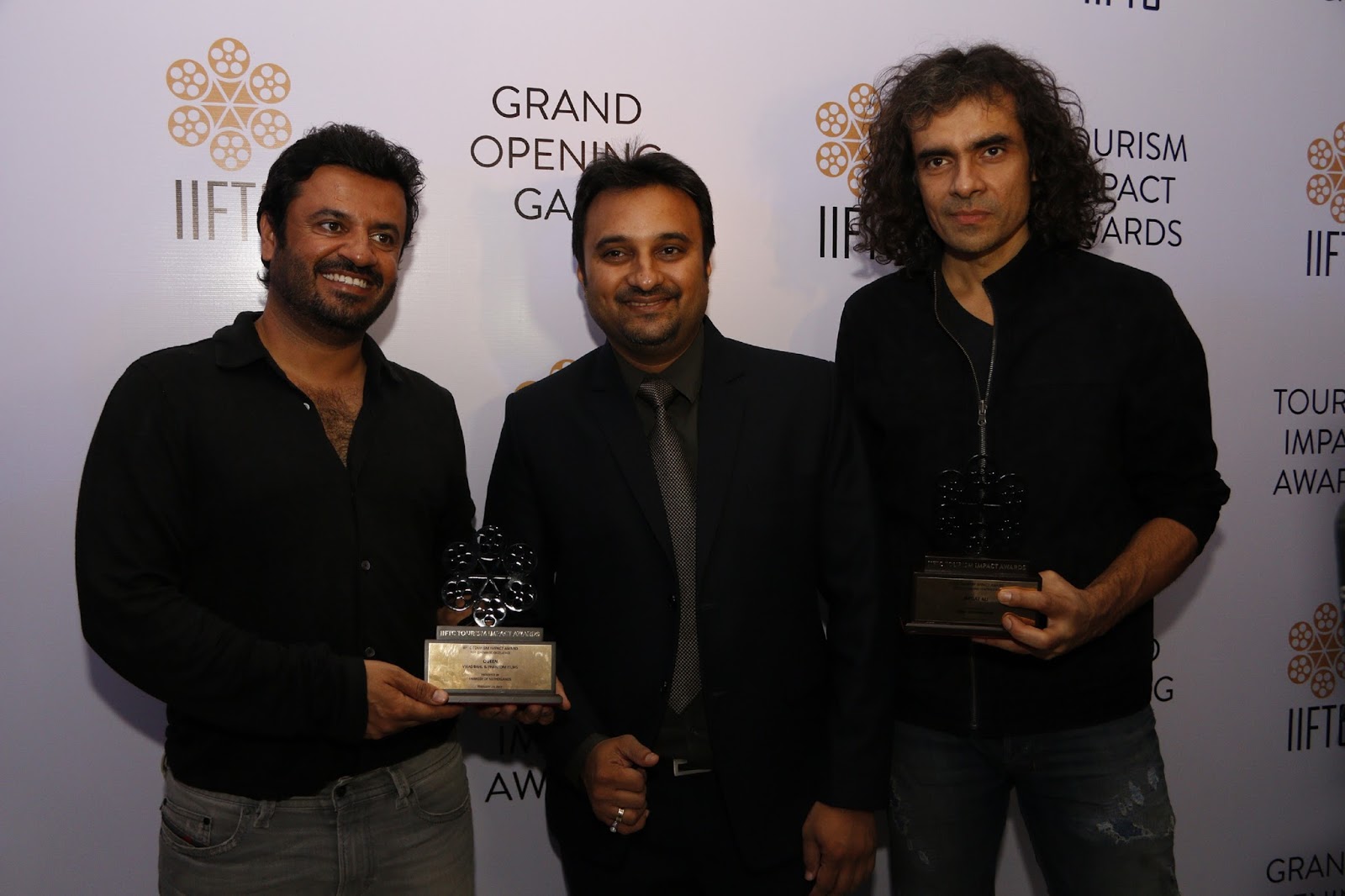 Mumbai, 23rd February 2017: While it is common practice for film makers and celebrities to be honored for their exceptional work or their eventful journey in the world of films, one has never come across a film director being honored for his or her extensive contribution to encourage tourism through their films. India International Film Tourism Conclave (IIFTC) this year felicitated noted Bollywood director Imtiaz Ali who is particularly known for exploring some of the most offbeat locations for his films. Imtiaz has shot in cities as diverse as London, Prague and Corsica for his past films such as Love Aaj Kal, Rockstar and Tamasha respectively. Currently he is shooting in Amsterdam, Portugal, Hungary, Prague and a number of other locations for his film The Ring starring Bollywood superstars Shahrukh Khan and Anushka Sharma. 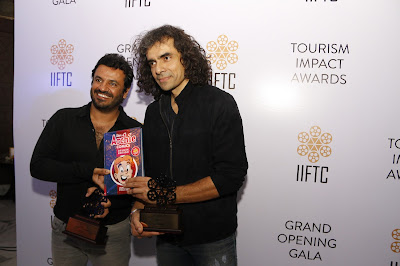 Additionally, film maker Vikas Bahl was awarded as well for popularizing destinations such as Amsterdam and Paris in his film Queen and the team from Red Chillies was felicitated for introducing Indians to never seen before vistas in Iceland in Dilwale. In fact, both these directors were presented with the prestigious IIFTC Tourism Impact Award. Apart from these the efforts of south production houses such as the makers of Kabali V Creations and PA Ranjith, Krish and First Frame Entertainment for Kanche and Gautamiputra Satakarni were recognised as well. 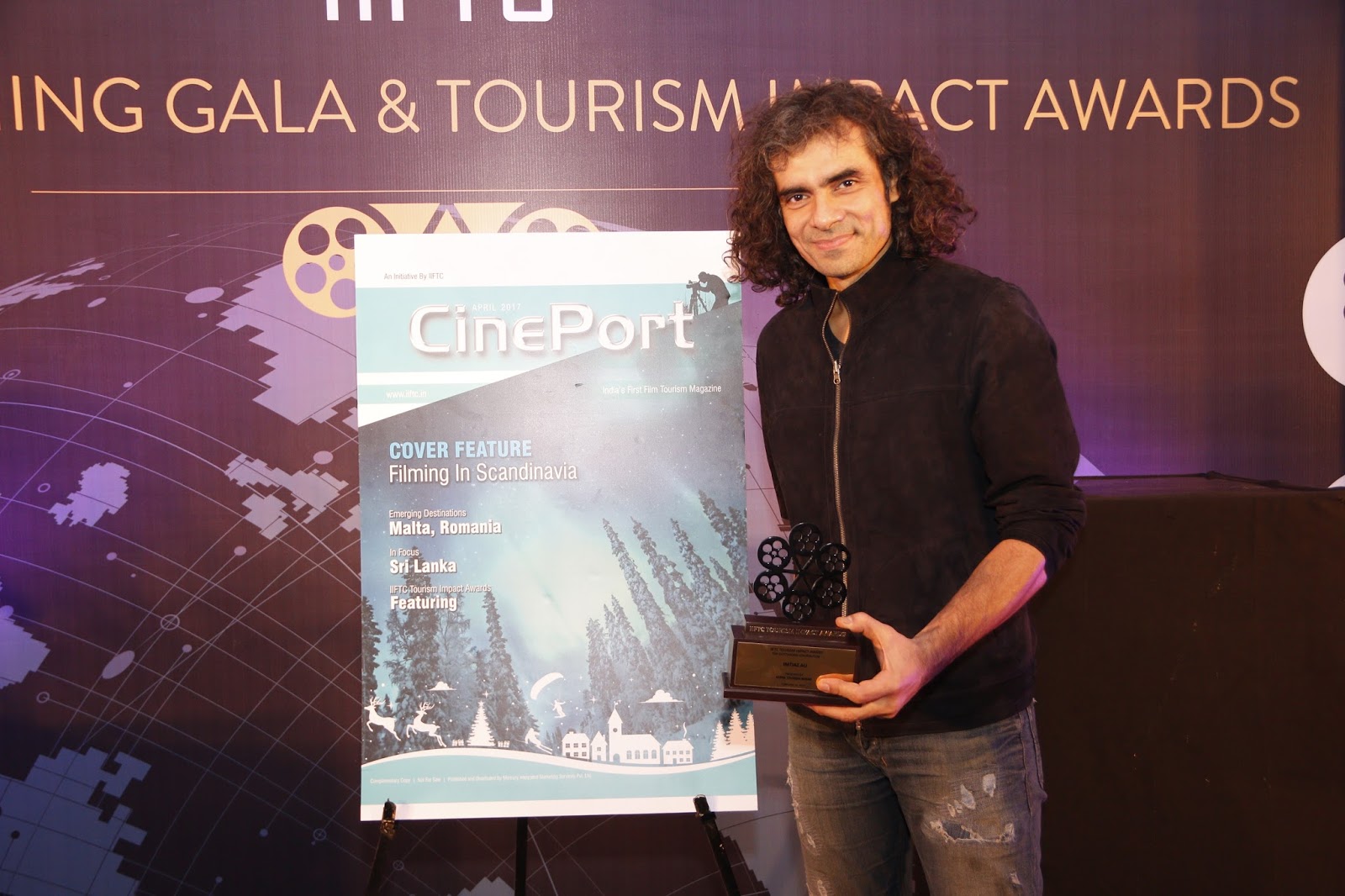 Said Mr. Harshad Bhagwat, Director, IIFTC “Considering the overwhelming response received in the last four years of its existence, this year marks a major landmark for IIFTC with its 5th conclave.  This year IIFTC decided to launch the IIFTC Tourism Impact Award to felicitate film makers who have in a true sense influenced many an Indian to experience some of the most breathtakingly beautiful destinations across the world. Through this initiative, IIFTC will continue to boost new avenues for production houses & tourism boards and help them promote countries, locations and production services. This year along with leading film makers from Bollywood the other highlight includes active participation from some of the biggest production houses from Telugu, Tamil and Bengali cinema who will be present throughout the 3 days of the conclave.”

India International Film Tourism Conclave (IIFTC) supported by Film Federation of India is currently the only organization in India that brings together the finest talent and the biggest production houses under one roof thereby presenting an exciting opportunity for tourism boards, film commissions & production services companies around the world. IIFTC is hoping to see participation from over 100 prominent film, television and ad production houses such as Yash Raj Films, Viacom Motion Pictures, Red Chilies Entertainment, Disney UTV along with the big guns from the Tamil, Telugu & Bengali film fraternity in this year’s conclave.