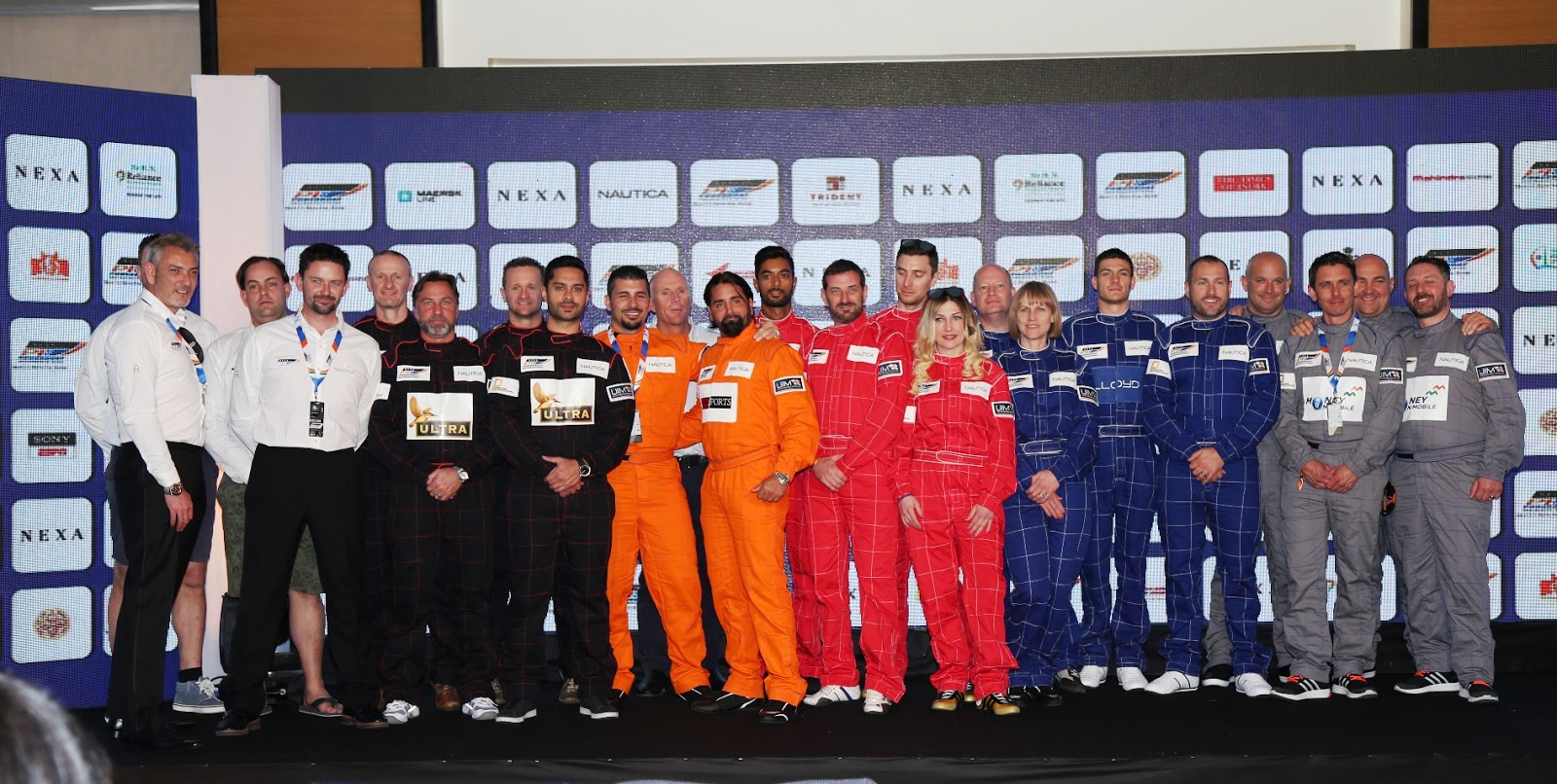 First UIM-recognized World Championship Series event to roar off
In Mumbai from March 3-5
by Suman Gupta
MUMBAI 25 FEBRUARY 2017: The six teams and their internationally acclaimed pilots and navigators for the inaugural NEXA P1 Powerboat, Indian Grand Prix of the Seas, the first UIM recognized World Championship Event, was today unveiled in Mumbai. All teams will consist of two boats, each raced by a pilot and navigator, and will be represented by ‘Team Ambassadors’, women, who have made their mark felt across the oceans while winning crowns at international pageants.
Speaking on the association as title sponsors, to the NEXA, P1 Powerboat, Indian Grand Prix of the Seas, Mr. Vinay Pant, Assistant Vice President, Marketing, Maruti Suzuki said, “We are delighted to associate with NEXA P1 Powerboat Racing in its inaugural year. Our focus in partnership with NEXA P1 Powerboat Racing is to create a benchmark like no other.  NEXA aims to provide global experience to its customers and in the same way Procam has made their best efforts to bring NEXA P1, a global sport to the Indian audience for the first time. NEXA is at the forefront of bringing innovation & delivering outstanding experiences which are new and exciting, just like P1 Powerboat Racing which builds experiences based on adrenaline performance and superior technology” 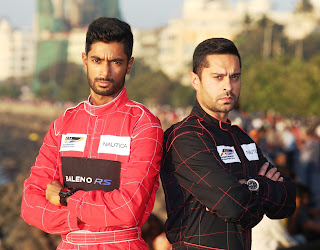 Commencing the team announcements, Anil Singh, Managing Director, Procam International said, “We are delighted and privileged to present to you six World Class teams that are built with top-ranked Pilots and Navigators from the world, and our Team Ambassadors for the NEXA P1 Powerboat, Indian Grand Prix of the Seas. The iconic Marine Drive could not have been a better canvas, for us in partnership with P1 Global to launch the first event of a World Series in the global new construct of Powerboat Racing. Procam International is immensely proud to present this new sporting paradigm which will also redefine India’s maritime landscape and spearhead a powerful movement for marine sustainability.”
The Team, The Champion: Each team, consisting of two P1 Panther Powerboats, manned by a pilot and a navigator, will compete on a 5.2km specially designed racetrack on water. The racetrack on water , a first in Powerboat Racing, will now be implemented across all Grand Prix of the Seas events and will prove to be a real test of skill and strategy for all pilots and navigators 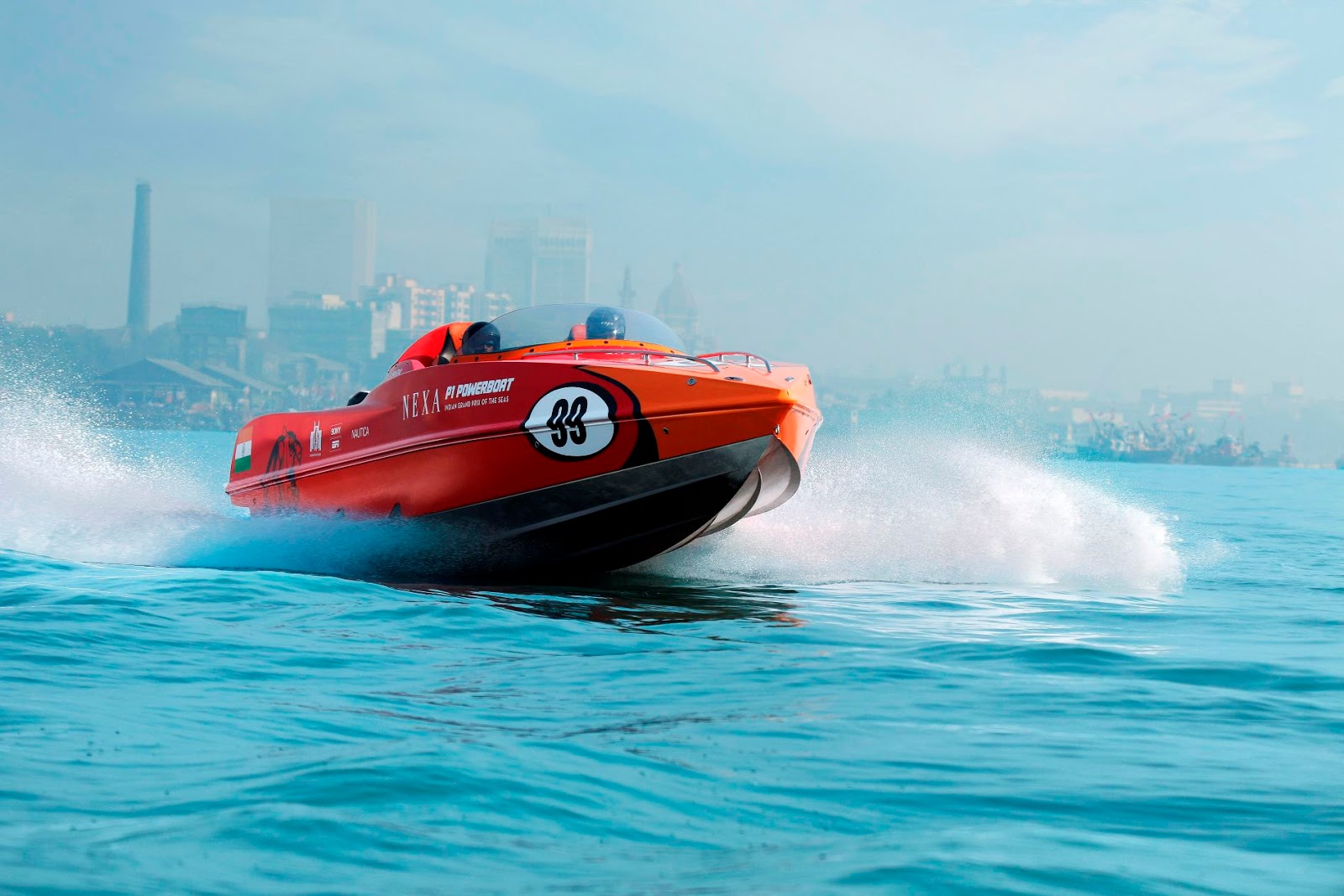 Boats of all teams will participate in Time Trials  on Friday, the 3rd of March, to determine their start position for Race 1 on Day 2, Saturday, 4th March. The boat with the fastest qualifying lap on Friday will start at pole position followed by all subsequent boats in descending order.
Winning Race 1 will earn the boat 20 points while the second and third boats earn 17 and 15 points respectively. Each boat to finish subsequently earns one less point than the previous.
The grid position is reversed for Race 2 on Saturday, with the boat that finished last in Race 1 taking pole position followed by the other boats in ascending order.
Collecting points in the same points system as in Race 1, the boats with the highest cumulative points from Race 1 and 2 on Saturday, will determine the start grid for the Finale on Sunday.
Teams will be crowned winners of the USD 125,000 NEXA P1 Powerboat, Indian Grand Prix of the Seas by the total points of both the boats on their team across two days. 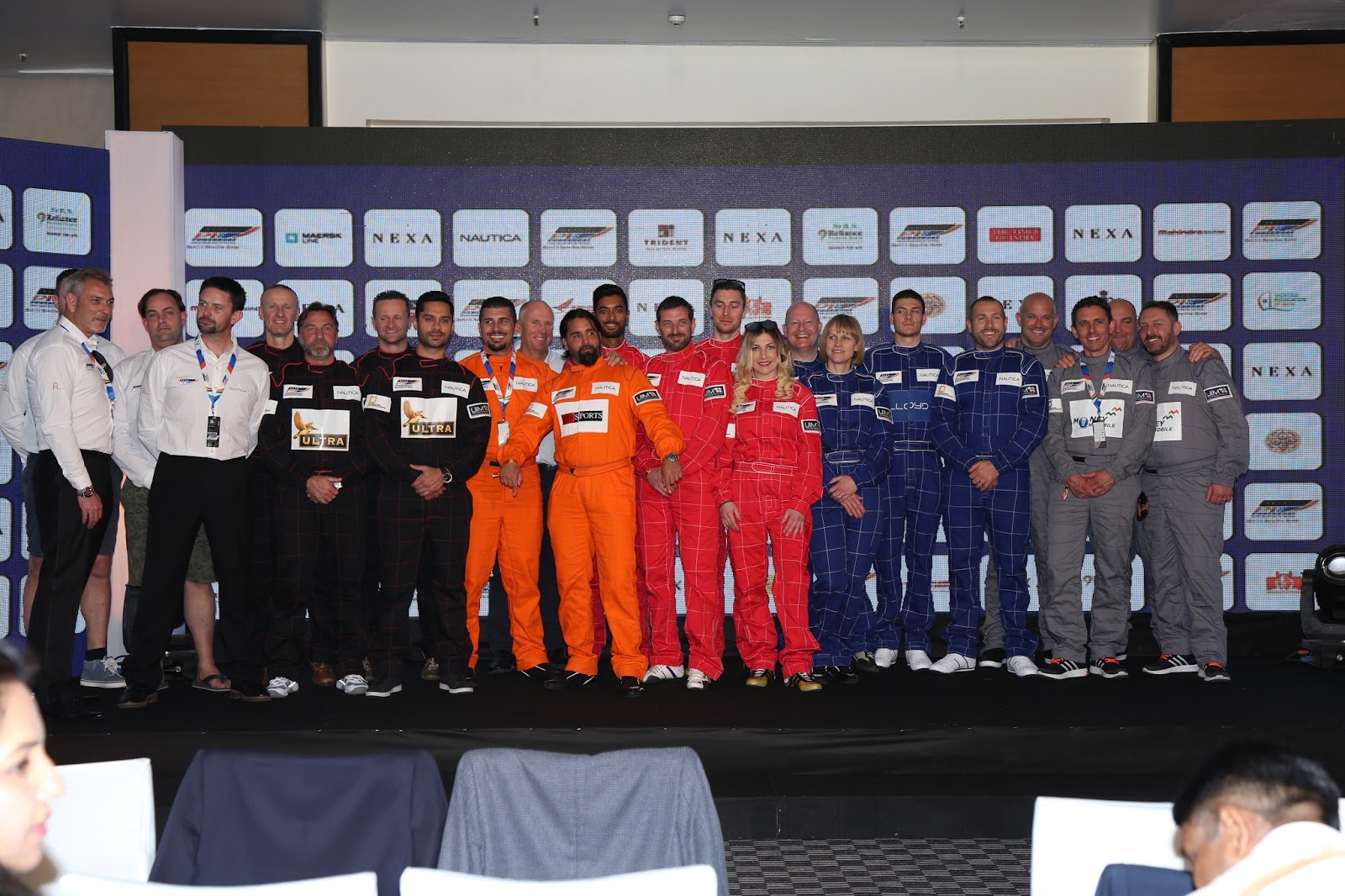 Teams at the NEXA P1 Powerboat, Indian Grand Prix of the Seas
HVR Racing: Unveiled against the backdrop of the Marine Drive is team HVR Racing of HVR Sports lead by Chairman of HVR Group, Harshavardhan Reddy. HVR Sports is constantly innovating and working towards a vision of making sport in India match international standards underlined by the philosophy of “Converting Passion into a Sustainable Profession”.
Commenting on their association Harshavardhan Reddy said, “We at HVR Sports are working towards creating a sustainable ecosystem for sport in India, with equal emphasis on supporting all sports. We are proud to partner with the NEXA P1 Powerboat, Indian Grand Prix of the Seas and put India on the Global Map as the premier destination for Powerboat Racing.
Boat A
Boat B
Femina Ms. India Supernational 2015, Aafreen Vaz, will accompany Team HVR Racing as Team Ambassador.
LLyod Dolphins: Lloyd has a true-blue lineage of nearly 60 years and today it offers a wide range of world-class products including Air-Conditioners, LED TVs, Refrigerators, Washing Machines, Air Purifiers, Water Dispensers and Small Home Appliances, is at the helm of the Llyod Dolphins.
''When we were approached us with the opportunity of Lloyd associating itself with the NEXA P1 Powerboat, Indian Grand Prix of the Seas, we found great value in this idea. Lloyd has always stood for spreading happiness and we are proud to partner with this path breaking event as we are sure it will create waves and bring a whole new sport to the country. This will also help us further establish Lloyd as a futuristic and energetic brand closely involved in creating the ‘New India’.'' said Nipun Singhal, Director – Lloyd Electric and Engg. Ltd.
Boat A
Boat B
Pond’s Femina Ms. India, Indore, 2013 Zoya Afroz is the ambassador of the team
Booster Jets: The Booster Jets, a team presented by the Baleno RS, the sporty version of the premium hatchback, owned by Maruti Suzuki.
Boat A
Boat B
Sushrii Shreya Mishra, Femina Ms. India United Continent 2015 is the ambassador of the team.
Ultra Sharks: Mohit Burman and Anupam Mittal are joint team title sponsors and Kingfisher Ultra is the naming sponsor for the Ultra Sharks. Kingfisher Ultra, a name synonymous with Style and adventure, has always curated the best of global offerings and made it into an unforgettable experience for the consumers. It has been associated with globally popular sporting events like Derby (Mumbai, Bangalore & Pune) and now the NEXA P1 Powerboat, Indian Grand Prix of the Seas as naming partners to the Ultra Sharks.
Samar Singh Sheikhawat, SVP-Marketing, United Breweries, said, “The entire idea of associating with P1 Powerboat is very thrilling to say the least. With Kingfisher Ultra, we have always endeavoured to partner with novel & exciting events and create a unique experience for our consumers. This association is another step in that direction”.
Boat A
Boat B
Noyonita Lodh, Miss Diva Universe 2014 is ambassador for this team.
MoneyOnMobile Marlins: MoneyOnMobile Marlins, a team of MoneyonMobile, India's largest mobile payment platform that facilitates easy, safe and secure financial transactions to millions of Indians.
Boat A
Boat B
Ambassador for this team is Miss Diva 2015 runner-up Natasha Assadi.
Team 6
Boat A
Boat B
The team is represented by ambassador, Asha Bhat, Ms. Supernatural 2014.
With the fastest men and women on water racing for USD 1,25,000 Prize, we can be sure to expect a lot of speed on the Sea on the weekend of 3rd March 2017, at the first NEXA P1 Powerboat, Indian Grand Prix of the Seas.