Radio City becomes the leading radio network in Maharashtra, with the launch of its 11th station in Kolhapur

Radio City has consistently been the number one radio station in terms of average listenership share in Mumbai since 2013. (Source: RAM Data) and now fortifies its presence in Maharashtra with a network across Pune, Ahmednagar, Solapur, Sangli, Nanded, Jalgaon, Akola, Nagpur, Nashik, Kolhapur. 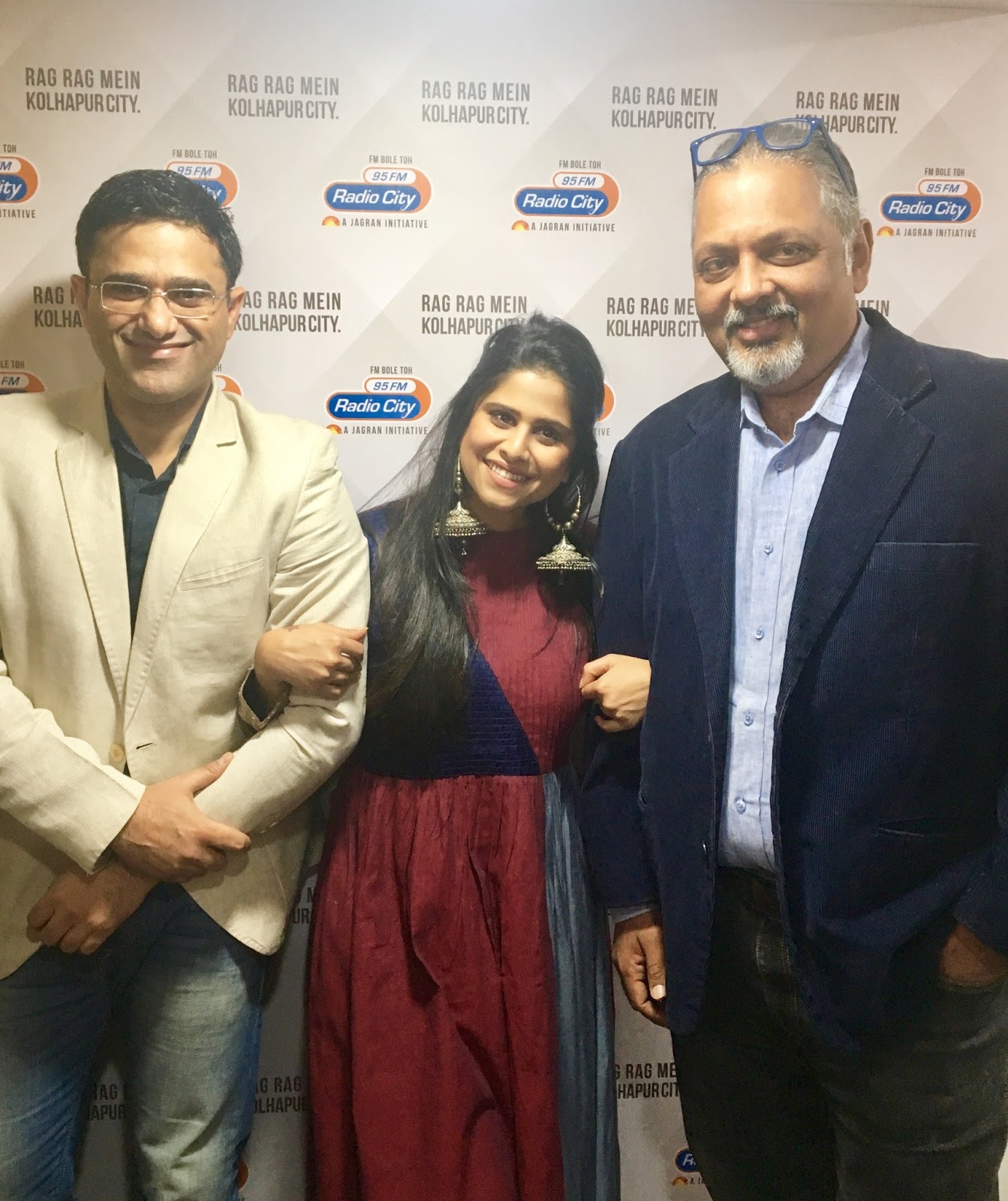 Radio City Kolhapur 95 FM presents entertaining, innovative and creative content from the length and breadth of the city. From melodious romantic music to harmonious wistful retro music, from the foot thumping new age peppy songs to heart rendering ghazals, from city happenings to humour Radio City promises its listeners an experience like never before. Radio City’s most loved retro show Kal Bhi Aaj Bhi will now be in Marathi and the playlist will comprise of the Bollywood songs from the golden era customized exclusively for listeners of Kolhapur.

Commenting on the launch, Mr. Abraham Thomas, CEO, Music Broadcast Limited said, “With the launch of Radio City 95 FM in Kolhapur, we are proud to become the leading radio network with respect to  footprint in Maharashtra covering 11 cities . Kolhapur being one of the fastest growing cities of Maharashtra, we are all geared up to redefine radio entertainment post carving our footprint in metropolitan and Tier 2 cities. We are certain that we will see an overwhelming response from Kolhapur like our other stations in Maharashtra”. 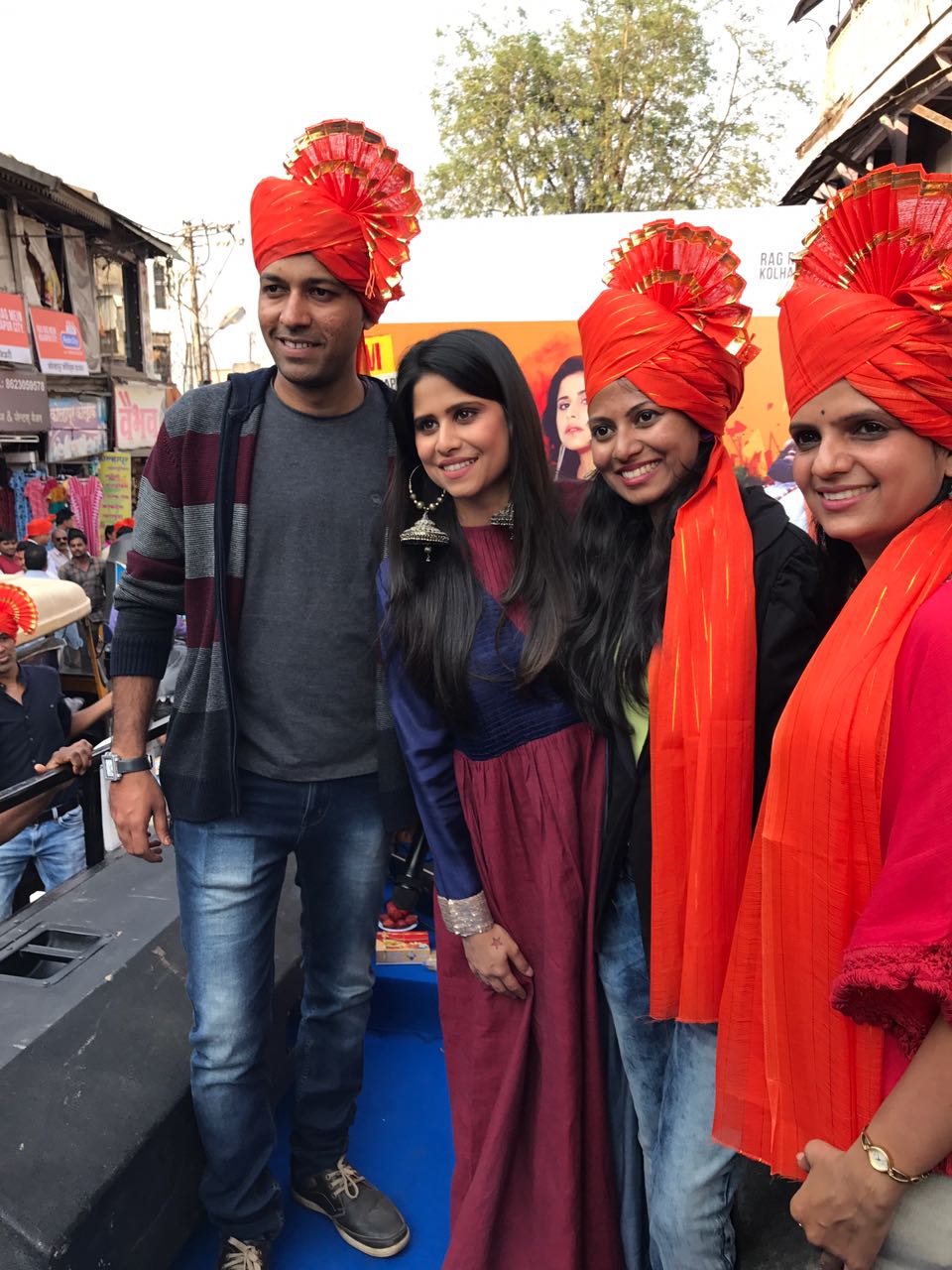 “I would like to congratulate Radio City for a fantabulous launch in Kolhapur. It was indeed an incredible experience to meet my fans in Kolhapur and be a part of the grand launch procession of Radio City 95 FM. Rag Rag Mein Kolhapur City FM... FM Bole Toh Radio City” said Sai Tamhankar at the launch.

A grand rally was organized from the world famous temple of Goddess Mahalaxmi at Kolhapur to the Radio City Kolhapur 95 FM station. Marathi film diva and heartthrob of millions, Sai Tamhankar participated in the rally along with the RJs of the FM channel. In this procession, a band of artists playing Kolhapuri famous Dhol - Zanja Pathak, Tutari and Talwar demonstrated their skills to add exquisite Maharashtrian flavor to the launch of the station.

Music Broadcast Limited currently has 39 stations, including 11 newly acquired stations in Phase III auctions. Radio City in its third phase of expansion has recently launched Kanpur Ajmer, Kota, Udaipur, Patiala, Nashik, Jamshedpur and Kolhapur and will be launching Patna, Bikaner and Madurai soon. Radio City also operates a web radio on Planetradiocity.com which has 40 stations as of date.​ 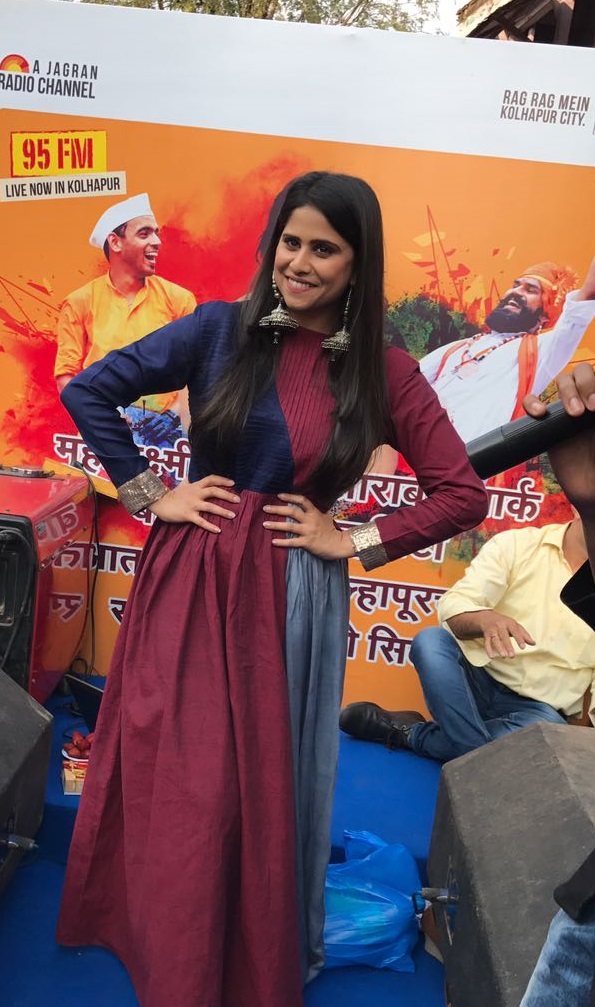 About Radio City 91.1FM:
Radio City, a part of Music Broadcast Limited (MBL) is a subsidiary of Jagran Prakashan Ltd. Radio City is the first and oldest private FM radio broadcaster in India with over 15 years of expertise in the radio industry. Amongst the private radio stations, Radio City has consistently been the number one radio station in terms of average listenership share in Bengaluru and Mumbai with 24.1% and 17.2% respectively (Source: RAM Data: All SEC 12+, % Share, Week 01 2013 to Week 37 2016; Bengaluru and Mumbai) and reaches out to over 49.60 million listeners in 23 cities covered by AZ Research. Radio City has introduced humour on radio with Babber Sher, launched agony aunt solving love problems with Love Guru, and also launched singing reality show in India with Radio City Super Singer to recognize the independent singers & musicians. Radio City has initiated Radio City Freedom Awards and also operates a web radio on Planetradiocity.com which has 40 stations as of date.​

Music Broadcast Limited currently has 39 stations, including 11 newly acquired stations in Phase III auctions. Radio City in its third phase expands to Kanpur Ajmer, Kota, Bikaner, Udaipur, Patiala, Patna, Jamshedpur, Nasik, Kolhapur, and Madurai.
Radio City has been ranked number one in the ‘Media Industry’ and number two in ‘Best Companies for Hiring and Welcoming’ categories by Great Place to Work in 2015. Led by the philosophy of Rag Rag Mein Daude City, the brand is driven by the passion and the pride that listeners feel for and associate with their city. For further details, log on to www.planetradiocity.com.
About Music Broadcast Limited:
MBL was incorporated as ‘Music Broadcast Private Limited’ on November 4, 1999, as a private limited company under the Companies Act, 1956. It was converted into a public limited company pursuant to a resolution of the shareholders at an extraordinary general meeting held on June 15, 2015 and consequently, the name of the company was changed to Music Broadcast Limited.
Disclaimer
“Music Broadcast Limited is proposing, subject to receipt of requisite approvals, market conditions and other considerations, an initial public offering of its equity shares (the “Equity Shares”) and has filed a draft red herring prospectus dated November 28, 2016 (the “DRHP”) with the Securities and Exchange Board of India (“SEBI”). The DRHP is available on the website of the SEBI at www.sebi.gov.in and the websites of the Book Running Lead Manager at www.icicisecurities.com. Any potential investor should note that investment in Equity Shares involves a high degree of risk. For details, potential investors should refer to the section titled “Risk Factors” in the red herring prospectus to be filed with the Registrar of Companies. Investors should not refer to the DRHP for making any investment decision.”