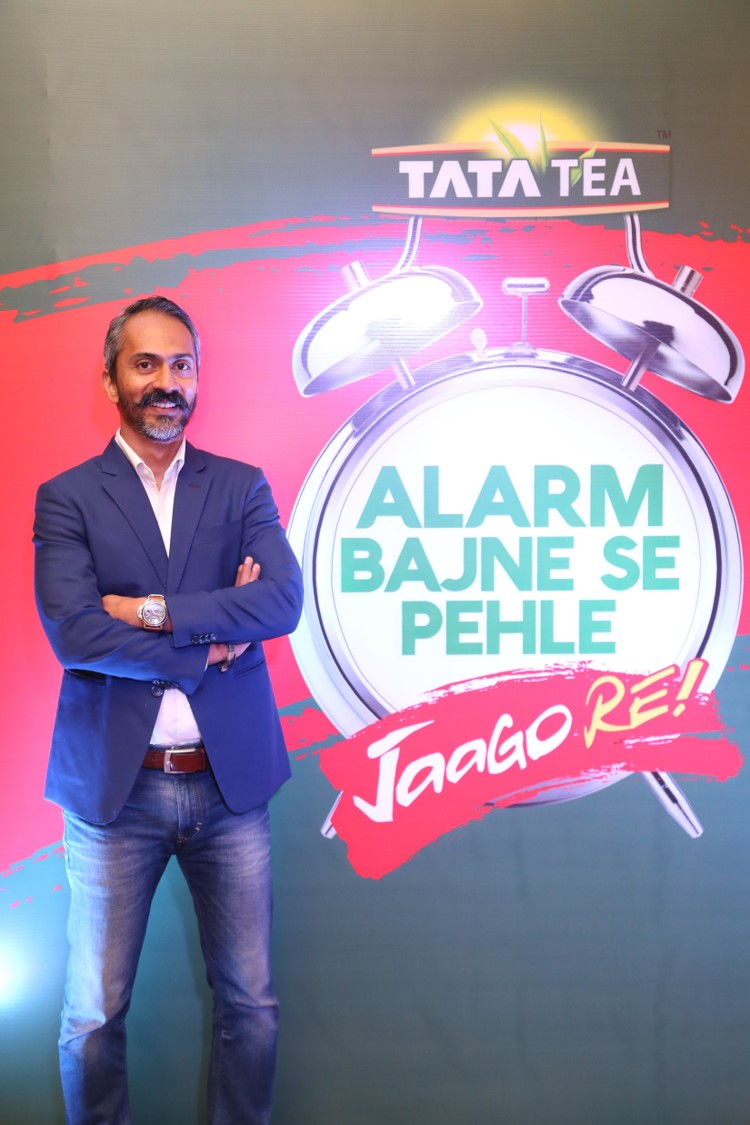 India, February 2017:Tata Tea brand is back again with its iconic Jaago Re campaign – Jaago Re Version 2.0. The new campaign ‘Alarm Bajne se Pehle Jaago Re’ is urging people to stop reacting after tragedies hit and instead start ‘Pre-acting’, and prevent these issues from happening. Tata Tea is encouraging ‘Preactivism’, a behavior of timely activism which happens before, to prevent unfortunate things.

The film brings alive the need for ‘Preactivism’ in a hard-hitting, pertinent manner. The female protagonist drives this conversation with a compelling storyline that showcases the current reactive nature of people - rallying for an issue once it has happened or taking to on-ground and social media after something bad has happened.  Why do we get comfortable with reacting and not pre-acting on issues?

The Jaago Re 2.0 ad film highlights how we, as a country, need to change our behavior towards social issues. We are living in a time where people gather in huge numbers on-ground and online when outraged by an incident. However, to push our consciousness further, we need to create a new behavior within activism. We need to ignite the spirit of prevention so that our society can evolve into a new reality; where it takes measures to intercept warning signs and prevent disasters. We need to wake up before the ring of the alarm – Alarm Bajne Se Pehle Jaago Re!

Overall, the Jaago Re 2.0 campaign will draw attention to the need to pre-act. This campaign is not about the issues. Issues are only familiar examples; this campaign is focused on landing the thought of ‘Preactivism’ and facilitating a change in current behavior. The campaign will have multiple phases with the current phase focusing on seeding this new thought and making ‘Preactivism’ a mainstream conversation. In the subsequent phases, Tata Tea will continue to drive ‘Preactivism’ through on-ground initiatives, walking-the-talk as a brand that is rallying for change.


The first edition of the Jaago Re campaign focused on various topics ranging from corruption and bribery to voting and women empowerment. Over the years, the campaigns have been instrumental in igniting a social revolution of sorts by provoking an entire generation of Indians to wake up to socio-cultural issues affecting them. Jaago Re campaigns have always questioned people’s apathy towards social issues.

Commenting on the new Jaago Re campaign, Sushant Dash, Regional President - India,Tata Global Beverages, said, “Jaago Re has been a path breaker in many ways. It set the way for brands embracing social change as part of their DNA. However, over the years, as with any innovation or new thinking, the space has become crowded.  Hence, we needed to break the mould again and showcase our thought leadership. So we went back to the consumer, to the youth. We realised Jaago Re has helped move the needle. From complete apathy, as a nation we have become reactive. However, the need now was to move from being reactive to instilling a sense of ‘Preactivism’ in people. We wanted to create a new paradigm shift that would be relevant to people of all age groups and demographics, to continue this journey of social change in India. ‘Preactivism’ is a new dimension – not reflecting on culture but creating one. This is hopefully the start to another new wave of social uprising that India will see.”

Remarking on the thought process behind the TVC, Amer Jaleel, Chairman & CCO, Mullen Lintas, said, “Jaago Re has led the conversation on ‘brand activism’ and sparked the wave for not only other brands to participate, but also inspired the youth to be part of the change this country has seen in the past decade. Thanks to social media, there seems to be a lot of outrage, opinions and even solutions arising, but all of this comes quite late -- it happens when there is a tragedy or an incident. This insight led us to realize that the second edition of Jaago Re needed to be at the cutting edge of this new consciousness. We therefore progressed to ‘Alarm Bajne se Pehle Jaago Re’. To do this, we took a deliberately hard stance to provoke people that ‘sleeping’ through our daily existence and only ‘waking’ when something drastic occurs is not what we should be doing. What we need to do instead is anticipate the ‘alarm’ and wake up much earlier, so as to prevent tragedy.”
Join us in our quest to ‘wake’ everyone up, before the alarm rings at:  https://www.facebook.com/jaagore/
Campaign Details
TVC Duration: 45 seconds
Creative Agency: Mullen Lintas
Team credits:
Creative: Amer Jaleel, Shriram Iyer, Garima Khandelwal, Trishna Parkash, Vishal Shelar
Account management: Kishore Subramanian, Pritish Wesley, Anahita Brar
Planning: Ekta Relan, Sushma R Rao
Production House: Green Grass Film
Director: Anaam Mishra
Production House: Green Grass Film
Film Department: Satyajit Ganu
Exposure (mediums used): TV, Digital, Print
Links to download and view TVC:
Download TVC
View TVC
About Tata Global Beverages
Tata Global Beverages is a global beverage business with a brand presence in over 40 countries. The Company has significant interests in tea, coffee and water and is the world’s second largest tea company. Over 300 million servings of its brands are consumed everyday around the world.  Tata Global Beverages’ annual turnover is US$1.2bn and it employs around 3,000 people across the world.  The Company focuses on natural beverages and has a stable of innovative regional and global beverage brands, including: Tata Tea, Tetley, Himalayan natural mineral water, Tata Gluco+, Good Earth tea, Grand Coffee and Eight O’clock Coffee. For more information please visit www.tataglobalbeverages.com