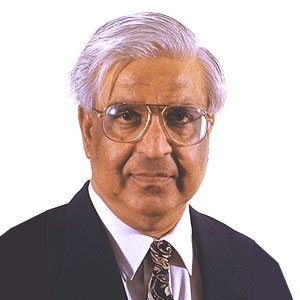 Dr. Kanodia will take over at the Annual General Meeting (AGM) of the Chamber to be held in June 2017 while the current President, Mr. Deepak Premnarayen, will step down from office after completing his distinguished one-year term.

Dr. Lalit Surajmal Kanodia is the Chairman of Datamatics Global Services Limited which he founded in the year 1975.  He is a Mechanical Engineer from IIT, Mumbai, an MBA and Ph.D. from MIT, USA.  Dr. Kanodia was awarded the Asia Pacific Entrepreneurship Award in 2015 for outstanding and exemplary achievements in Entrepreneurship.

Dr. Kanodia is a Ford Foundation Fellow, National President of the Indo American Chamber of Commerce, past president of the Management Consultants’ Association of India and Chairman of the Electronic & Computer Software Export Promotion Council.  He has also been a Member of the Executive Committee of Nasscom. Earlier, he was Consultant to the Ford Motor Company and Arthur D. Little.  He also taught at Jamnalal Bajaj Institute of Management Studies, Bombay University and MIT. Dr. Kanodia is currently on the Executive Board of MIT (Europe, Asia and Africa). He was the Honorary Consul of Chile in Mumbai (2002-2014) Dr. Lalit Kanodia is the Founder CEO of TCS. 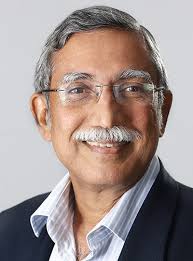 Mr. Raj Nair is an entrepreneur, having set up four professional services’ companies in US, UK, Singapore and Australia. His flagship – Avalon Consulting is ranked 6th in Asia by Vault Ratings for Leadership. It is the only consulting firm from an Asian which is in the top 10 list. It serves clients in the Middle East, Africa, South Asia, South East Asia and China.His other companies - Avalon Global Research, Germin 8 Solutions and Ugam Solutions - are known for innovation, quality and creative use of technology. Mr. Nair is a B.Tech from IIT Mumbai and completed his management from IIM Ahmedabad. He writes extensively for newspapers and periodicals.