Roca and We are Water foundation successfully concludes #NoWalking4Water Campaign 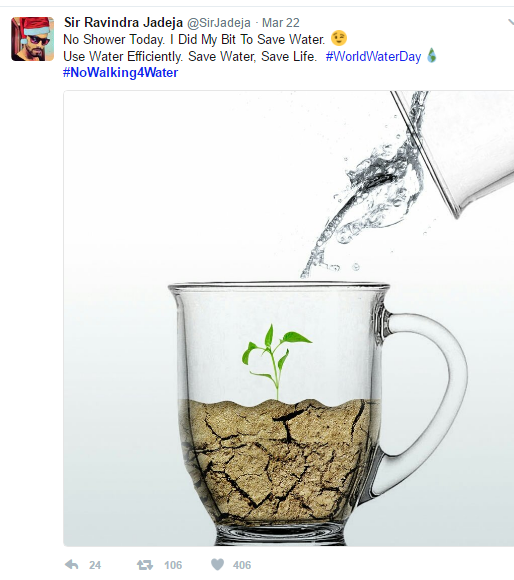 An awareness drive was organized in India on Facebook and Twitter this year to create awareness about the cause where interested participants collectively pledged for#NoWalking4Water. The activity delivered over 15 lakh impressions and over 2.3 lakh engagements on Facebook as well as over 17000 conversations on twitter were generated with over 1.3 cr reach.

To further propagate the cause, audiences were encouraged to participate in a photo call activity which encouraged audiences to take a picture with a 20 litre drum cutout and share it on social networks along with the hashtag #NoWalking4Water to show their support to the cause.

Commenting on the initiative, Mr. KE Ranganathan, MD, Roca Bathroom Products Pvt Ltd. said, “Access to water is every human’s right. With this campaign#NoWalking4Water our endeavor is to throw light on the importance of adequate water resources. Roca, with a century-old legacy of innovation in the bathroom space, is delighted with the response we received from participants in India.”